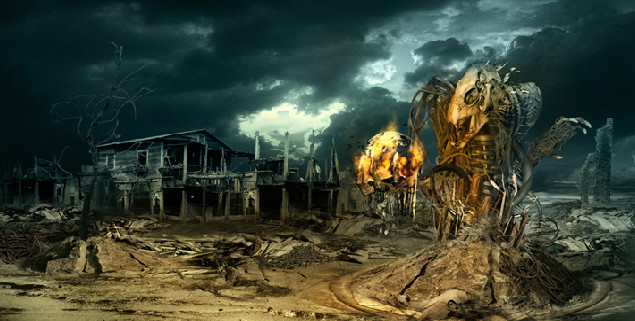 Those bands share a drummer — Max Vassallo — with whom we had the pleasure of swapping e-mails recently, and both bands also happen to play badass metal. We’ve got some news about these bands, plus some of their music, after the jump. 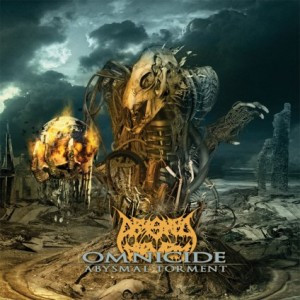 Abysmal Torment has an EP (Incised Wound Suicide) and two full-length albums to their credit, Epoch of Methodic Carnage (2006) and Omnicide (2009), on the Brutal Bands label. I don’t remember where I first read about Omnicide, but I bought the album in 2009 and thought it was killer stuff.

Genre-wise, it probably fits within the category of slam-oriented brutal death, but it’s not a completely tailored fit. The music is generally blisteringly paced, but loaded with time-signature changes, breakdowns, vicious grooves, and even melodic passages here and there. The band also features a dual-vocalist attack, mixing rampant roaring and gurgling gutturals.

The production on the album tunes the music in a way that pushes the big, deep grinding riffs way forward in the mix, and the superheated drumming is more in the background than is typical in modern production — except for the occasional bass-drum explosion.

Omnicide is an album of visceral, explosive, body-slamming music. It’s not for the timid, but even for someone like me, who’s got a limited appreciation for brutal death and slam, it’s pretty fucking sweet. Here’s one of my favorite songs from Omnicide, with an appropriately disgusting title:

Max told us that the band will be headlining three tours in Europe and Russia later this year and will definitely be releasing a new album in 2011, and he says those songs are “probably the best we have ever written.” I’m looking forward to it.

For more info about Abysmal Torment and more music to stream, their MySpace page is at this location. 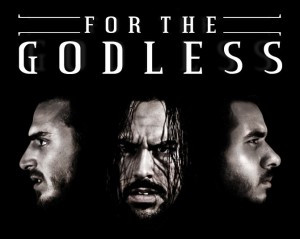 Max Vassallo is also the drummer — and vocalist — for another band called For the Godless, which also includes two talented Maltese musicians named Cedric (guitars) and Ben (bass). According to Max, they’ve been playing together for quite a while and have at last reached the point where they’re happy enough with their material to begin recording a full-length album, which they hope will be ready for release later this year.

So far, what’s available for listening is a song called “Save Our Strength”, and I’m diggin’ the hell out of it. It includes elements of thrash, groove, and death metal and it’s a howling trip in a fast machine with the pedal on the floor.

Compared to Omnicide, the production on this song is much more even, and Max’s drumming shines — but so does the dynamic riffing that makes the song such a headbanger’s delight — and Max’s mid-range howl is suitably furious for this impassioned blast of modern death metal.

There’s a pro-quality video of the band performing the song that’s available on their YouTube channel.  In addition to the song being a kick in the head, it’s fun to watch Max Vassallo play some fiery drums and sing at the same time. Here it is:

This song is also featured at the band’s ReverbNation page (here). We’ll be waiting for the album release whenever it comes.

13 Responses to “METAL FROM MALTA”