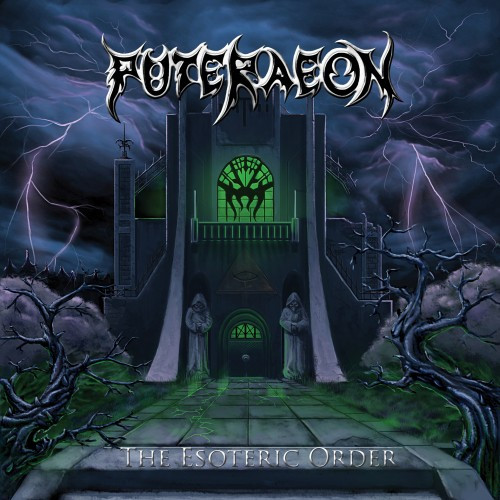 From its origins in the U.S. and Sweden in the late 80s and early 90s, death metal has remained a vibrant genre of extreme music. It has branched off in countless directions, and its signal characteristics have been spliced into other genres of music to good effect, giving rise to multiple sub-genres — and there’s no reason to think that evolutionary process will end.

But many of us still find ourselves periodically drawn back to the classic records of the old gods, which in the case of the Swedish school of death metal means those lethal technicians who stuck the word “chainsaw” into the parlance of death metal — the music of bands like Carnage, Nihilist, Unleashed, Entombed, Dismember, Grave, and Interment. For us, there’s something about that thick, downtuned, distorted riffing chained together with horror-show vocals that hits the old aural g-spot like almost nothing else.

Puteraeon is a Swedish death metal band whose members grew up listening to that music in the late 80s and early 90s and have completely embraced not only the sound, but also the ghoulish, corpse-littered lyrical focus. Their debut album, The Esoteric Order, doesn’t push the genre envelope, but their execution of old-school Swedish death is so damned well done that devotees of the genre (like us) will care little about that — because they’ll be too busy rocking’ the fuck out with this titanic dose of industrial grade skull-coring. (more after the jump . . .) 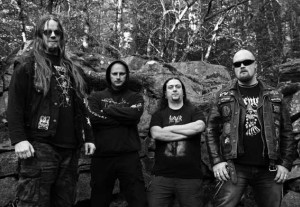 Puteraeon (pronounced Pu-tray-ion) started in 2008 as a one-man project of vocalist/guitarist Jonas Lindblood and eventually filled out to include guitarist Rune Foss, bass-player Daniel Vandija, and drummer Anders Malmström. All these dudes had played with other bands and they aren’t kids any more (in fact, three of them are raising families of their own). But the experience and the maturity manifests itself in the music.

The Esoteric Order consists of re-recorded songs from Puteraeon’s three previously self-released demos — two from 2008’s Fascination For Mutilation, four from 2008’s The Requiem, and five from 2009’s The Extraordinary Work of Herbert West — plus two new songs, “Storms Over Devil’s Reef” and “Coma”.

Most of the songs were inspired by the stories of HP Lovecraft (especially “Shadow Over Innsmouth” and “Herbert West – Reanimator”); others take zombies or the infamous Elizabeth Bathory as their lyrical subjects.

The music and the subject matter of the songs suit each other. Regardless of the tempo, which varies, the songs just sound evil to the core. You listen, and it’s not hard at all to imagine the demented dead crawling from the earth, the crackle of arcing electricity in a re-animator’s lab, the slavering lurch of famished zombies who just can’t wait to sink their teeth into living human flesh.

Those massive, drop-tuned, heavily distorted guitar riffs alternately rampage like a runaway train about to leap the rails, ponderously stagger like an undead army (as on the down-tempo portions of “Experience Zombiefication” and “Castle of Despair”), and bend your neck with irresistible mid-paced chugging. 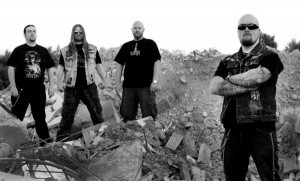 Strategically placed tremolo-picked guitar phrases that moan and whine and drill enhance the evil atmospherics, and, fleetingly, squalling guitar solos make an appearance in a few songs, most notably “Into the Deep”. (The songs could have used more of those solos.)

The rhythms are anchored by chunky bass lines that suck the sound right down into the abyss. The drumming is not flashy, and thankfully not over-produced, but it provides satisfying jolts at just the right moments.

And the deep, otherworldly vocals perfectly capture the ghastly ghoulishness at the core of this music. They sound like the roaring of a chained beast welling up from deep in a vast, dank cave, or the vicious howls of the dead violently disturbed from their rest.

The recording reveals updated production values that fire the senses with a sharp edge to the sound, but they don’t sacrifice the faithfully fuzz-ridden, thick distortion that’s essential to this kind of music.

We’ve featured two songs from this album in previous posts — the official video for “Coma” (here) and a YouTube clip for the demo version of “Into the Deep” (here). We’ve got one more track for you to check out now. It’s called “Dead Once More”.

What do you call it when a death metal band is so in tune with this style of righteous music that they sound like they recorded the shit in 1991 and buried the tape in a time capsule, to be opened 20 years later? I call it soul.

11 Responses to “PUTERAEON: THE ESOTERIC ORDER”