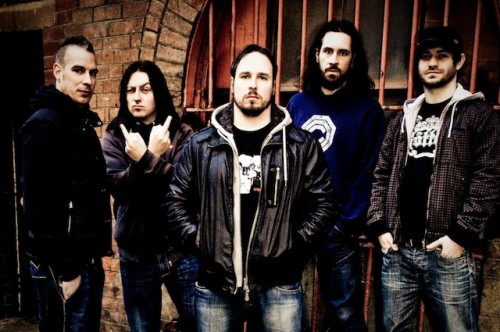 Let me get this out of the way, so people won’t misinterpret this post: Although I have only a few drops of Scottish blood in my mongrel lineage, I love Scotland, bagpipes, the poetry and lyrics of Robert Burns, single malt whiskey, and even the taste of haggis. I’m also a huge fan of Glasgow death-metal band Man Must Die (witness this post from December 2009).

I also like to hear Scots talk — though in terms of their intelligibility to my American ears, they might as well be speaking Swahili at least half the time. Seriously, the accent is fucking dense. It’s thick enough that you could cut it with a carving knife.

So, even though I’m not a big fan of video reports from the studio that lots of metal bands release these days to build interest in their forthcoming albums, I just couldn’t resist the temptation to watch the one that Man Must Die just put up — partly because I wanted to catch a glimpse of the new music and partly because I just wanted to hear these dudes talk.

It cracked me up, and I’ve got to share it. It also reminded me how good this band is, so I’ve got a song for you, and it also reminded me of another Scottish-themed video clip (this one is intentionally funny) that I’ll throw into the mix.  (after the jump . . .) 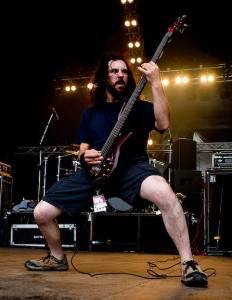 First up, I’ve got this video update from the band. It features vocalist Joe McGlynn and guitarist Alan McFarland seriously answering questions about the song-writing process. I’m really not trying to make fun (see all my confessions of love at the outset of this post), but this video could have used subtitles. Watching it reminded me of this quote from George Bernard Shaw: “England and America are two countries separated by a common language.” And he wasn’t even talking about the Scots.

Or this line by Oscar Wilde dating back to 1887: “We have really everything in common with America nowadays except, of course, language.” And he wasn’t talking specifically about the Scots either, but you get the point.

By the way, though I found this thing unintentionally funny, I also found the riffage in the background particularly tasty, and the part at the end shows that McGlynn is a pretty fucking mean shredder in addition to being an awesome vocalist. Man Must Day’s next album remains on my “most anticipated” list for 2011.

And just to remind you why the next album is worth anticipating, here’s one of my favorite tracks from Man Must Die’s last release, 2009’s No Tolerance for Imperfection. It’s a blistering indictment of man’s inhumanity to animals, and it’s a blistering song to boot.

Man Must Die: Kill It Skin It Wear It

The mind follows unpredictable paths sometime. I mentioned earlier that watching McGlynn and McFarland talk put me in mind of something else Scottish-related that’s intentionally funny. It’s got nothing to do with metal, and it doesn’t even feature a real Scot. Perhaps I should have found something by Billy Connolly. But this is what came to mind first, so we’re going with it, and it is pretty fucking funny.

BEFORE THE DAWN UPDATE

Oh, one last piece of news, which has nothing to do with anything else in this post, except perhaps the anticipation of new metal. We’ve written before about Finland’s Before the Dawn and their next album, Deathstar Rising, which is due for release on February 25. The news is that the whole album is now streaming at the band’s Facebook page, which is here. I’ve just started listening, and it’s delicious.

There you have it. Enjoy the rest of your fucking day, won’t you?

6 Responses to “NEWS FROM ALL OVER: THE LATEST WORD FROM GLASGOW”