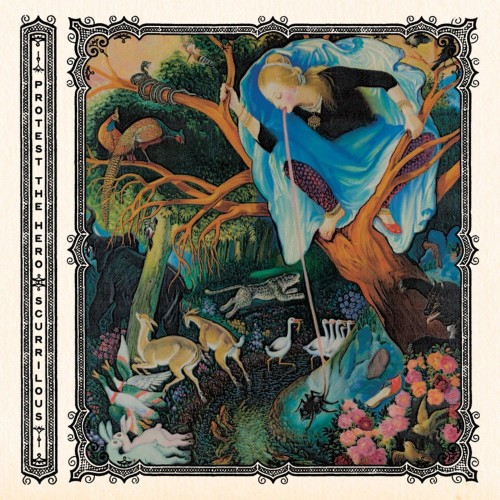 Our own midwestern metalhead, BadWolf, delivers a review of Protest the Hero‘s new album, Scurrilous.

Perhaps you have been in a committed, long-term relationship with someone. Man, woman, transgender, it makes no difference because there are things within people that are universal, the same. There was, perhaps, a moment in that relationship when you realized that the primary devices of that person’s personality were no longer a mystery. You realized that, in all likelihood, that person would never provide you with a major surprise ever again. You may still love them, but that love will never again be a grand adventure: If you can live with that, it’s a good relationship. If not, it is time to end it.

Scurrilous is that moment in my relationship with Protest the Hero. I still love them, but they will never again give me a complete, breathtaking system shock – what their first two records both were, in different ways.

Perhaps the best compliment I could possibly give the young prodigies in PtH is that more than any other band they remind me of Queensryche—supremely talented and openly cheesy, highly conceptual and supremely catchy at the same time. Both bands use calculator riffs to deliver pop hooks, and use the songwriting techniques of their lesser peers so well that it redeems and damns their parent genres (metalcore and hair metal, respectively) all at once.

So if Fortress was their Operation: Mindcrime, Scurillous is their Empire. (more after the jump . . .) 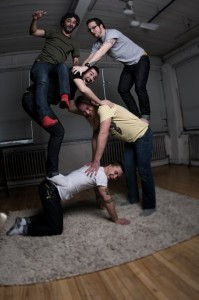 Every element of the PtH sound as crystallized on Fortress is present here, with one omission (to which I will return), but in a more streamlined form. The drums are less frenetic, the guitar flourishes are less spazzy, which allows for the band’s posthardcore-meets-power riffs to carry the songs. Rhythmic experimentation and emphasis take a back seat to melody.

The good news is that the melodies are roundly catchy and solid. The boys have not lost their preternatural ability to create prog epics that last as long as (and bounce like) punk songs. They can still do my favorite bedroom trick: convincing me that noodly guitar arpeggios can be as meaty, satisfying and compelling as big majestic chords (my preferred riff style). They still know the one primary trick behind making prog metal just *work*; by packing genuine human emotion into their music. By replacing  fabrication (Dream Theater) with exaggeration (Mastodon).

Both prog and tech metal need real human emotion to ground it. PtH still have that emotion, as intensified as always by their surprisingly intellectual, humanist approach to lyrics, this time helmed by vocalist Rody Walker instead of bassist Arif Mirabdolbaghi. This time around, it’s less on the historical fantasy/ecological concern end of the spectrum, but a strong progressive stance on sexual orientation/gender politique still remains. This is a relief since that topic is not only rare in metal and “capital I” important, but PtH handle it with deft cunning and sharp wit.

That said, Scurrilous is by far PtH’s least aggressive record to date, with the primary culprit being Walker’s omission of all hardcore and screamed vocals. This one is all clean. Squeaky clean, and I must say it loses points from me on that one. I’m not opposed to clean vocals, and Walker does them well, but I confess that a sense of dynamic unpredictability has been lost in Scurrilous. The record is not a dive bomber—it cruises at high altitude all the time. Whether or not that suits an individual listener is down to taste.

Sucrrilous is a powerful record, and maintains all of PtH’s strengths in spades. This is still a great record for any fan of intelligent lyrics, power metal, prog metal, technical metalcore or just plain youthful and fun extreme music. I just saw its punches coming.

EDITOR’S NOTE: Scurrilous is out now on Vagrant Records. As usual, we want to give you an audible taste of the music, and this song is it:

16 Responses to “PROTEST THE HERO: SCURRILOUS”