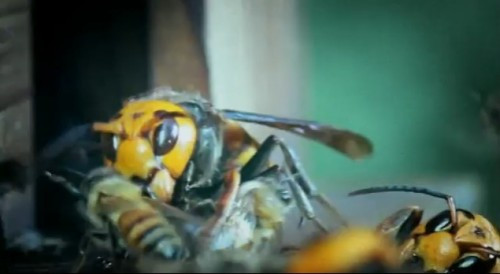 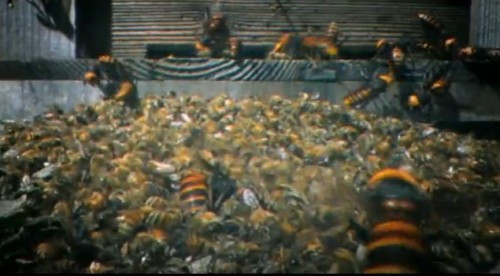 For any newcomers in the audience, this series of posts focuses on random things out in the non-metallic world that we think are metal, despite the fact that they’re not music. We run these posts on an irregular basis primarily because we don’t enjoy venturing out into the non-metallic world any more than absolutely necessary. We find that world, more often than not, to be depressing, needlessly cruel, and often astoundingly stupid, even by our own primitive standards of intelligence. To be clear, we’re talking about the human non-metallic world, which perhaps explains why so many of out THAT’S METAL! items involve the non-human world.

Th Phro contribution we’re featuring is a video of 30 giant Japanese hornets slaughtering 30,000 European bees in the space of 3 hours. You’ll see at the end why they did this. It’s fucking brutal — made even more brutal by the verbiage in the narration. (follow along after the jump . . .)

I’m not sure why this video struck me as metal. I sure wouldn’t feel that way if it were a film of human slaughter. I may continue to ponder that question. But probably not.

I have to add this comment that I saw on the YouTube page for this video, because it made me laugh out loud: “Next video in the series, 1 can of raid kills 30 Japanese Giant Hornets.”

The Latin phrase memento mori is usually translated as “Remember your mortality”, “Remember you must die” or “Remember you will die”. Speaking only for myself, I really don’t need any fucking reminders. Memento mori also refers to a tradition in art that dates back thousands of years. Whether in artwork adorning tombs or gravesites, or tapestries, or paintings, or you-name-it, the tradition often reminds the viewer of mortality by featuring corpses, skeletons, and skulls. Of course, that is fucking metal. In fact, I suppose you could think of many metal album covers as recent examples of memento mori.

Here’s one example of memento mori art from the 18th or 19th century. This baby, made from silver and gold, was designed to be worn as a pendant. Nothing says “I love you” like a corpse coming out of a coffin: 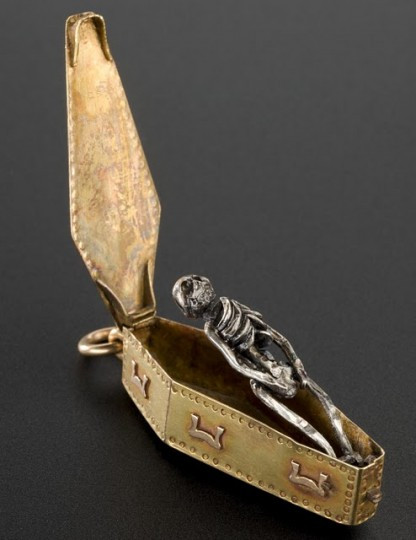 Here’s another example of memento mori art. This one dates back to the year 1620.

Can you guess what function this thing served? I bet you can’t. 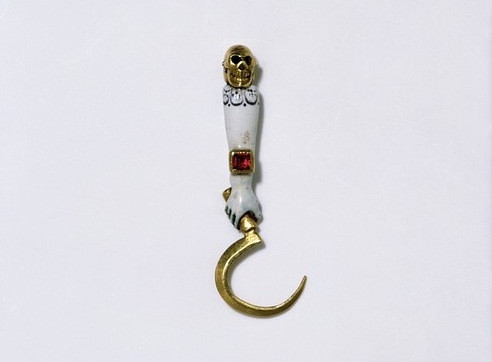 It’s a toothpick. Wouldn’t it be cool to pull this out after a big feed and start diggin’ in your teeth with it?

And now, one more example of memento mori: 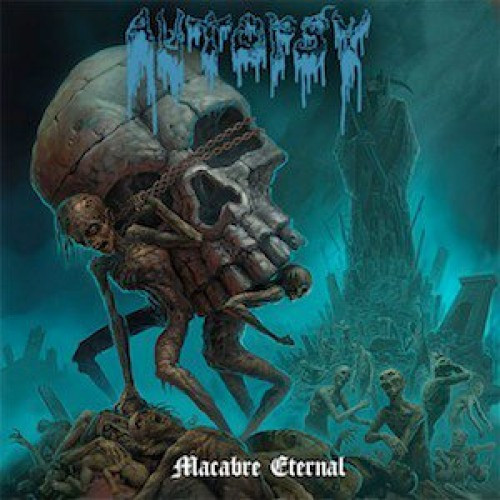 That’s the cover art for the next album by Autopsy, except the album title will be hand-lettered instead of the type-face shown in this image.

This item is Two Girls in a Box. Yes, you read that correctly. I did not write Two Girls and One Cup. Get your fucking minds out of the gutter. This may cause you to fantasize, depending on your proclivities. It made me feel slightly queasy. Nevertheless, I thought it was metal, in a very claustrophobic way.

I could totally do this if I wanted to because I had my spine surgically removed in order to be a more attractive employee in this difficult job market. But I don’t want to.

Despite my cynical and snarky comments at the beginning of this post, I do realize that human beings aren’t complete wastes of oxygen, especially when they create good metal, but in other ways, too.

This last item is a slideshow of photos taken by a brilliant photographer named Tim Allen. He accompanied BBC film crews in the making of a series called Human Planet and took thousands upon thousands of photos of people carving out a life in some of the most remote and often inhospitable crevices of the planet (not including touring metal bands sleeping in their vans). This slideshow is a collection of Tim Allen’s favorite shots, and he narrates in order to explain what we’re seeing.

There’s some breathtaking shit in this video, proving that people can be metal even when they’re not creating music. BBC selfishly doesn’t make an embed code available for the slideshow, so I’ll have to give you this link. Worth the 7+ minutes, or at least I think so. 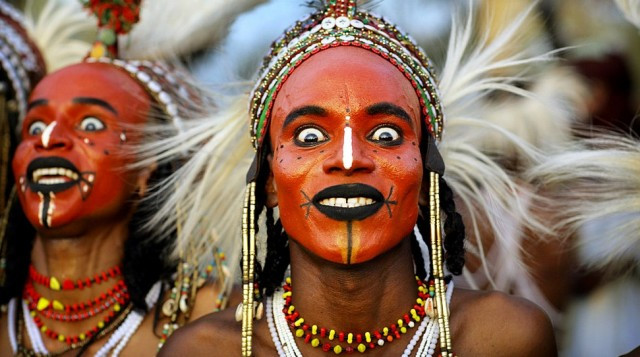 And that, brothers and sisters, is that. More metal of the musical kind tomorrow. Enjoy the rest of your fucking day.

P.S. Thanks to TYWKIWDBI for steering me to the memento mori images and the last two videos.