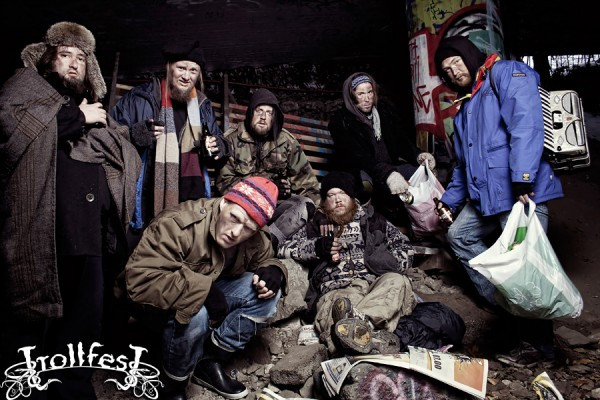 It’s a well-known fact that trolls live under bridges, and in caves, and in your basement if you’re not careful. But we now have actual video evidence that trolls come out to play every now and then.

These are Norwegian trolls and they play metal, too. They call themselves Trollfest. We wrote about them last July (see this post) when they released a single from an album they were then starting to shop around to labels. The song is called “Die Verdammte Hungersnot”. The official NCS translation of the song title is “Hungersnot, Dammit!” However, it actually seems to mean “the damned craving” or “the damned hunger”. Kick-ass song, whatever the title means.

That was then, this is now. And in the here and now, Trollfest has found a label (NoiseArt Records), and that album (En Kvest For Den Hellige Gral) will finally be released on April 29. To help promote the release, the band are uploading weekly videos between now and the release date. The first one just went up. It’s a “tour diary” of a German tour that Trollfest did last December with fellow Norwegians Pantheon I and Germany’s Finterforst.

The video is shocking, I tell you, simply shocking: It appears that there is snow in Germany during the winter! And European airlines don’t work any better than U.S. ones. And it appears that Norwegian bands never stop drinking, ever. It also appears that they know how to fucken party, both on and off-stage. Check out the video after the jump, plus music, plus other shit, including a picture of a snot otter . . .

This video includes performance shots of all three bands on this tour, plus members of each band engaging in assorted off-stage antics. So you can tell who you’re watching, here are photos. The first photo is of Pantheon I. You can identify them when they’re on stage in the video because they include a female cellist. They also have interesting pets. I wonder if these pets would throw up less than my cat. I wonder what you feed them. I wonder if my wife would mind some new pets. 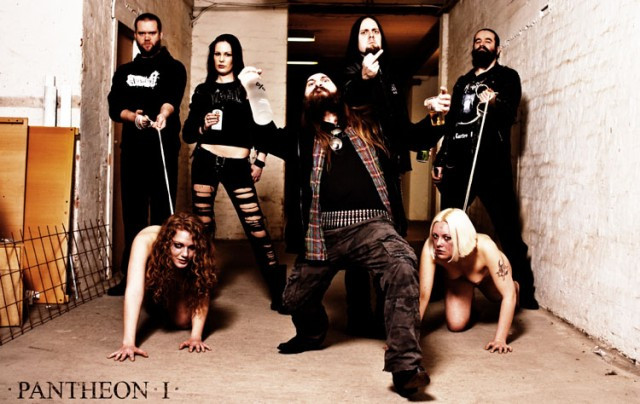 And this next photo is of Finsterforst. I don’t know if they have pets. 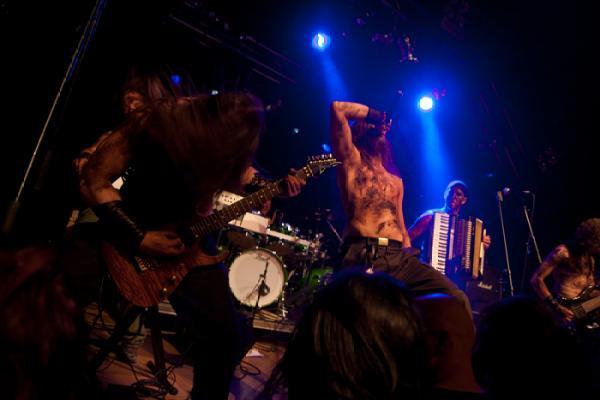 And then here’s a shot of Trollfest: 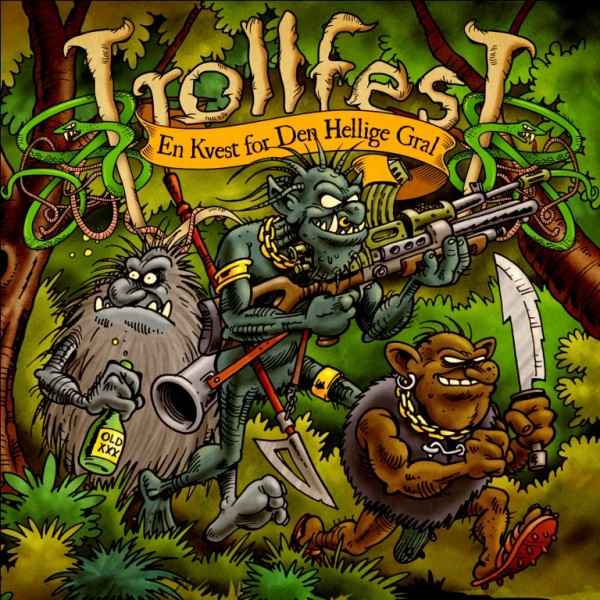 No, wait. That’s not a photo of the actual band. That’s the cover of their new album, En Kvest For Den Hellige Gral. But the likenesses of the band are pretty good. Also, you’ll recognize them on stage because they include an accordionist and a sax player.

So, with that bit of education, here’s the video. It’s long (18+ minutes), but it’s fun. So much fun that I decided to pop a couple beers for breakfast today.

In case you’d just like to listen to Trollfest music while you do something else, like drink heavily, here’s a player with 8 Trollfest tunes, including “Die Verdammte Hungersnot” from the new album.

And before we bid you adieu, this is a picture of a snot otter. I guess I have snot on my mind now. 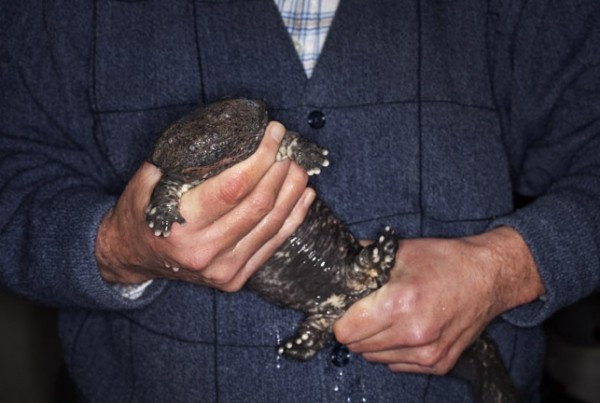 According to this article, “Formally known as hellbenders, which is not much better from a public-relations standpoint, snot otters are giant, slimy salamanders that lurk under big rocks at the bottoms of pristine streams in the Ozark and Appalachian mountains.”

They also appear to be cannibals. Also, according to that site, they’re endangered and no one has succeeded in breeding them in captivity, which is why several zoos are “participating in a sperm bank for snot otters”. Wonder how they get the sperm?

5 Responses to “TROLLS COME OUT TO PLAY!”