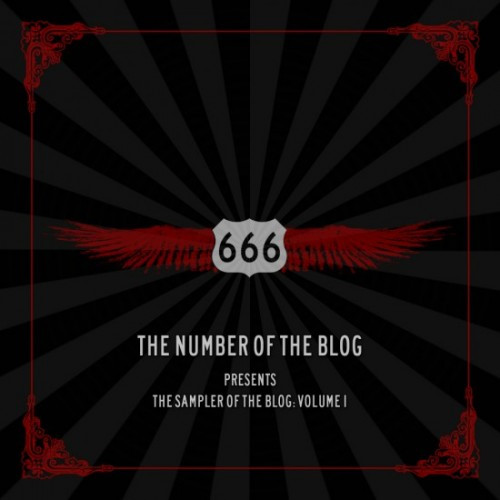 Don’t know about you, but I like music compilations, especially when they’re free. They’re a good way to discover new bands and new sounds in a flash. There are two great comps on the horizon — one we’ll talk about now and another one (which we’re actually co-sponsoring) that we’ll feature tomorrow.

Today’s news is about a comp of music by unsigned bands that’s been assembled by our friends at The Number of the Blog. It will include 18 tracks, many of which were previously unreleased, and it will be distributed through Bandcamp, which means the original song files were uploaded in high-quality, lossless format — and that means the shit will sound like crystal.

Today, TNOTB revealed the track listing, and it’s juicy, as in saliva-producing. I’m familiar with the music of 14 bands on the list, and am a fan of all of them. So I’m up for hearing not only the new stuff from those bands but also the tracks from the bands whose names are new.

To be brutally honest (the only kind of honest we know how to be at NCS), I’d be tempted to say nice things about this comp even if the band selections made me yawn, because, y’know, I like the people behind TNOTB. But I don’t have to wrestle with my morals over this comp, because it really does look like a winner, from start to finish.  Check out the track list after the jump. You’ll be able to download the comp on Friday (we’ll put up a reminder then.)

THE SAMPLER OF THE BLOG: VOLUME 1

12 Responses to “COMPS ON THE WAY”