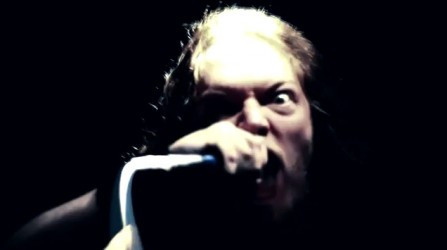 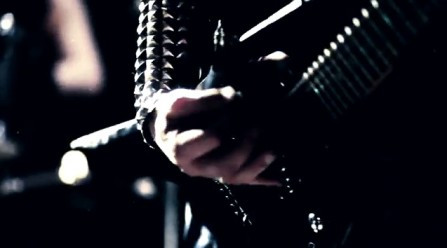 It was the second day of this year. We posted a collection of music organized around the objective of musically detonating a couple canisters of napalm in your head, as a way of clearing out the post-New Year’s Eve/Day cobwebs and preparing everyone to resume their “normal” lives.

We began the napalming process with a video from a Swedish death metal band we had just discovered by the name of Demonical. At that point, Demonical had produced two albums, and the video was for a kick-ass song from the second album called “Baptized in Fire”.

Demonical is now on the verge of debuting their third album, Death Infernal. Released by the awesome Cyclone Empire label, it will see the light of day on April 15. We’ve heard the album, and it’s stupendously good. Demonical continues to channel the undead spirits of Dismember and Entombed, with some updated flourishes of their own; we’ll have more in-depth things to say about this album in the near future.

For now, we have a video that the band released today for a song from the album called “Ravenous”. The song itself is a masterful rendering of remorseless old-school death, with its roots sunk deep in unconsecrated, blood-soaked burial grounds. It’s a grinding engine of down-tuned destruction, augmented by galvanizing beats and a whisper of dark melody. The video itself is also well-executed and fun to watch. Check it out after the jump.

6 Responses to “DEMONICAL IS RAVENOUS”