(Our UK contributor Andy Synn provides this review of the new album by Norway’s Ulver, which will be released by the Kscope label on April 25 in the UK and on May 3 in the U.S.)

At their recent London show, Ulver, in traditionally uncompromising fashion, elected to play the entirety of their as-yet unheard new album, start to finish, as the majority of their set without reference to the classics or fan favourites. Thus my first exposure to the music was as part of a brilliant, shining experience of crystalline dynamics, stark, psychedelic sounds and captivating visuals. Thankfully, the record stands up to this live experience, confirming and expanding upon my initial impressions.

Essentially Wars Of The Roses stands as a companion piece to Shadows Of The Sun. Where Shadows… was warm and subtle, the new album is colder and more starkly portrayed. Much as the artwork of Shadows… reflects the warm shades of melancholy contained within, so does the beautiful, minimalist black and white art of Wars… reflect the clarity and extremity of emotion contained within.

Yet for all the cold and stark presentation of dichotomous musical elements on this album, there is a deep seam of emotion to be discovered beneath the surface. Whereas Shadows… was earthy and masculine, Wars… is ethereal and feminine, a female moon to a male sun, brilliant whiteness and deep shadows containing grand sweeping vistas of divergent emotions.  (more after the jump . . .) 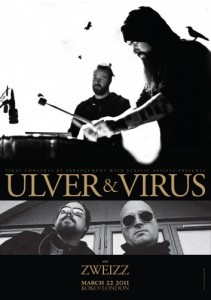 For all the pre-release hype about this being Ulver’s most “pop” and “accessible” album, this is not strictly true. Although opening track “February MMX” is perhaps more up-tempo than we have heard in a long time, the atmosphere is cool and crisp, disassociated from the listener as a warped parody of accessible melody. While sharp, bouncy drum-beats and smooth bass-lines abound, the taut synth lines which fizz in the background add a disorienting inner-ear buzz that threatens to derail the otherwise direct and linear structuring of the song. It toys with pop in a playful, disaffected manner, twisting it like a marionette on invisible strings, dancing to the nocturnal rhythms.

After “February MMX” the band switches style and direction with “Norwegian Gothic”, an unnerving mix of dark ambience and tense, fingernails-down-a-blackboard clarinet soloing. The various instruments seem to trip over one another in barely contained panic, though at what we do not know, while only the flowing vocals of Kristoffer Rygg seem ignorant to the impending pile-up of sounds. The glassy, fragile structure of the song is an equal mix of sharp-edged shadows and soft, vulnerable curves, as much a threat to its own integrity as outside forces, a self-harming shade of tormented reflections.

“Providence” is a sprawling 8-minute number moving from cool ambience and beautiful, crystalline female vocals to jazzy experimentation and sexual heat, and back again with smooth, flowing ease. The haunting piano refrain which echoes on the edge of hearing gives the song an odd hook, captivating and evocative, while the closing ambience and fading noise tilts back and forth between being thoroughly unsettling and utterly compelling. There’s something beautifully ugly about the emotions on this track, as if we are seeing deeply into something so personal and private that we draw back in revulsion at its shocking, naked form. 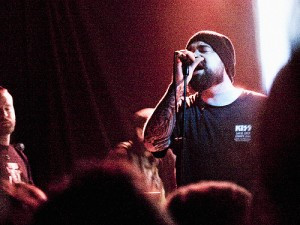 With “September IV” the band once again toys with the “pop” forumula, twisting and bending it into harsh, often unnatural shapes, exposing all its angles and curves to the harsh light which seems to permeate this album. Yet every light, no matter how harsh, casts its own shadows, within which we find a well of dark emotions, hiding from the penetrating glare of the outside world. It begins as a simple piano- and vocal-led track, all sombre melodies and a penchant for echoing soundscapes, introducing mesmerising prog synths, jazzy guitars and grand moments of tubular bells and organ. The second half of the song finds the band joyously deconstructing what they have created in an almost aggressive manner, revelling in the disintegration of structure as the instruments collapse in upon themselves in a roiling singularity of complex sounds and moods.

“England” is perhaps the most “masculine” song on the album, loud, almost arrogant drums quickly pushing the quiet introduction in an unexpected direction, lending the brooding piano refrain and thrumming bass lines a sense of haughty contempt. The vocals are particularly powerful, yet emotionally strained, on this song, acting as a perfect foil for the aloof, almost regal bearing of the music. The ending, for all its drawn out, uncomfortable buzz, feels obstinately incomplete, as if the emotions of the song have been willfully, callously cut-off, adding to the sense of competing emotional turmoil and glacial restraint which seems to so characterise this record. 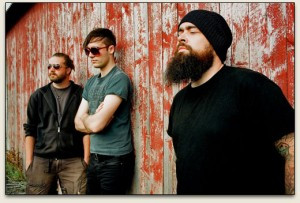 “Island” manages to convey a sense of quiet, contented isolation much befitting its title. With its warm, yet piercingly clear vocals, hypnotic percussion and captivating palette of sonic colour, it paints a picture of tribal, primal simplicity, capturing a purity of essence that stands in clear contrast to the forced, feigned control of “England”. Perhaps my favourite song on the entire record, the perfectly played acoustic guitars and calm ebb and flow of sound capture a sense of something I find myself inadequate to describe, except as a natural clock-work rhythm of life. The steady build of hissing electric distortion towards the song’s close adds to this sense of contemplative meditation, the digital storm of competing sounds on the horizon not breaking the silence but making it all the more apparent and welcome.

Final track “Stone Angels” is an epic come-down. Not a climax, but a drawn out, extended burn out of emotional fatigue, it’s almost 15-minute length features a serene recitation of the poem of the same name and serves to make the listener aware of just how emotionally drained they have become over the course of the album.

The song itself washes over the listener’s soul, soothing and calming keys and tranquil, malleable electronic textures bringing rest and the clarity of hindsight, yet it also has moments of harshness and shock, piercing stabs of shrill clarinet and digital distortion where it touches upon an emotional scar or wound as yet unhealed. The drums rap out a slow, funeral march as the song draws to a close, accented by beautiful, ululating yet incomprehensible vocal chanting, as elements and instruments slough away from the body, leaving only a pure, simple core of purpose sculpted over this long journey through a crystalline, lucid dreamland. 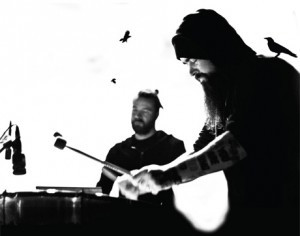 Ulver have once more played a confidence game on us all with this album, the shining, shimmering sounds they toy with serving to distract us from the deeper undercurrents of unsettling emotional turmoil beneath. And I’m all for it. Subtly and quietly this record worms its way into your soul, fooling you with a shining surface belying the hidden depths beneath, so that one is surprised to find that the water is so deep and cold, the emotional current so strong, that you have to struggle hard to stay afloat.

For all their maturity they remain tricksters of the highest order.

6 Responses to “ULVER: WARS OF THE ROSES”