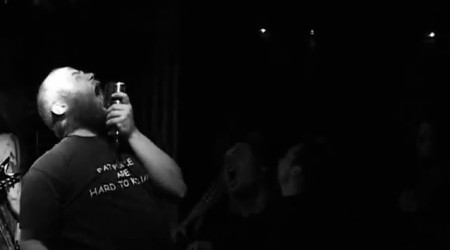 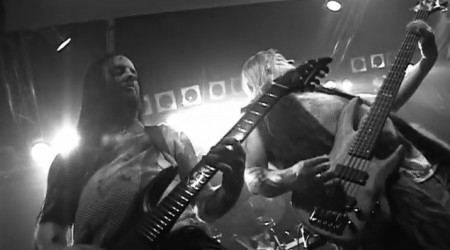 What do you get when you give metal-playing trolls a shitload of beer, an accordion, a saxophone, some folk-ish melodies, a drummer who spits blasts like an automatic weapon, a mix of shrieking and clean vocals, and then ramp their delivery up to the speed of balls-to-the-wall grindcore? Well, I’m so glad you asked. What you get is Norway’s TrollfesT playing “Die Verdammte Hungersnot”.

We’ve written about TrollfesT a bunch in the past (most recently, here). They’ve got a new album coming out (En Kvest For Den Hellige Gral) on Noiseart Records on April 29. To help promote the album’s debut, they’re releasing weekly videos, and today’s installment is a live performance of that song  “Die Verdammte Hungersnot”. Since almost every NCS post today has involved videos, we thought, why not toss in a little TrollfesT mayhem to round off the day and get us in a proper swilling mood for the weekend? Indeed, why the fuck not?

Everything about these dudes screams, “Party now because tomorrow you die!” As further evidence, watch this hell-raising video. I like the way the lead singer manages to work in gulps of beer in between bouts of screaming like a banshee, and how the rest of the guys, who have their hands full with instruments, look longingly at the imbibing in between banging their heads and blasting away on their instruments. So, check the rocking video after the jump. I feel like chugging a six-pack and sailing on into the good night ahead . . .

Get more info about TrollfesT via their Facebook page at this location.

You may now party on.

10 Responses to “HAVE A FEST WITH TROLLS!”