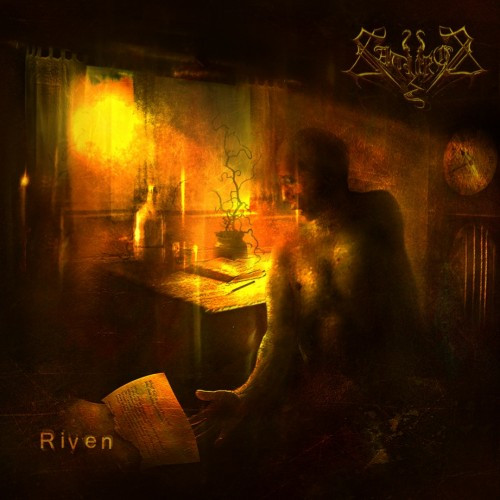 Satyros is a three-piece German band established in 2005. Initially, the focus of their musical endeavors was black metal, the style reflected in their 2007 self-titled debut. However, they made significant changes in their style as they began to write songs for the second full-length, Riven. That album has now been released, and the band has chosen to make it available for free download. In a word, it’s stunning.

More than a few music industry observers have been opining that as consumers increasingly get their music by way of digital downloads (both legit and illegit), CDs will become a thing of the past, and albums will, too. Their forecast is that the current trend of people buying individual songs in digital form will strengthen, and that the recording of full albums will eventually wither away, not being worth the time or the money.

These forecasts may prove to be accurate in the case of many musical genres, and even in the realm of metal, it does seem that more and more bands are releasing EPs in lieu of full-length albums, in part because that enables bands to keep their fans engaged by presenting new music more frequently than if they waited to amass a full album’s worth of new songs. It’s also tough to deny that most albums don’t contain a full album’s worth of great songs. Sometimes bands would better off by releasing an EP-length collection of good material rather than straining to fill a full-length with an uneven compilation of music.

On the other hand, albums like Riven make me hope those industry forecasts turn out to be wrong, at least for metal. Riven is approximately one hour in length, encompassing 12 songs, and every song is strong — all killer and no filler. The album takes the listener on a journey, as good albums should, and this is a journey that’s well worth that hour of your time.  (more after the jump . . .) 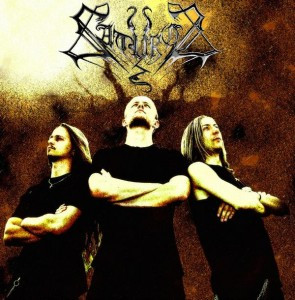 The music on Riven is much closer to melodic black metal or even melodic death metal than traditional black metal. The production is clean and clear, the songs intricate and often epically sweeping, with extended instrumental passages, and many of the songs include Eastern melodies. What remains of Satyros’ black-metal roots can be identified most easily in the vocals — the kind of Nordic-style, banshee howls and agonizing shrieks that can strip paint from the walls — though deep roaring growls reminiscent of Johan Hegg make appearances, too.

What makes the album a journey, and such an engaging experience despite its length, is the variation among and within songs. Some albums, even good ones, contain songs that sound essentially the same. Not so with this one. For example:

“Purify” is fast, with a chug-fest of an intro, galloping riffs, and a memorable melody woven by a clean guitar lead. “Sardonica” begins more slowly, with a solo guitar and isolated pounding from the drums. It ramps up to a hammering tempo, and the last half is an extended instrumental that includes keyboards. “Eyes of Eternity” is probably the most blackened track on the album, a seering wave of intensity loaded with blast beats, but balanced with sweeping guitars and a ringing melodic guitar lead that will stay with you.

“Wermode’s Fall” is part stately lament and part Amon Amarth-style stomp, also with folk-metal influences. “Ataraxia” is one of those songs with a pronounced Eastern ring to it. It spins and whirls to the melodies of what sounds like a violin or other stringed instrument, but includes pauses of silence, a dreamlike mid-section, and guitar arrangements that would be quite at home on a prog-metal epic. Soaring keyboards appear on “Traumhallen” along with a delicious layering of guitar melodies and anthemic riffing in its multiple distinct segments. “Lost in Grey” includes rock beats, Scandinavian-style riffing, spoken-word vocals, and an extended, echoing guitar solo that perhaps has more in common with power metal than with melodic black metal.

The long closing track, “In Dialogue With Time”, starts with a stately, mid-tempo, folk-metal style intro, but also includes pounding riffs, judiciously used keyboard enhancements, interludes of clean vocals (including a feminine voice), passages when the bass takes the lead, and a head-spinning guitar solo.

If forced to call up references, I’d say the music is part Insomnium, part Melechesh, part Amon Amarth, and that wouldn’t exhaust the list. The musicians are excellent, the vocals riveting, and the care and attention given to the song construction and the execution obviously consumed tremendous energy and time over a period of years. I’ve been listening to the album off and on for more than two weeks, and with every listen I grow more impressed. What’s amazing to me is that this monumental effort is available for nothing but a few clicks of a mouse on-line.

Here’s one part of Riven‘s journey for you to check out:

Riven can be downloaded for free at the Satyros Bandcamp page. The download includes not only the music in digital form, but also a file containing a beautiful accompanying booklet with art and lyrics. If you’d like to learn more about Satyros, here are links for their online pages: