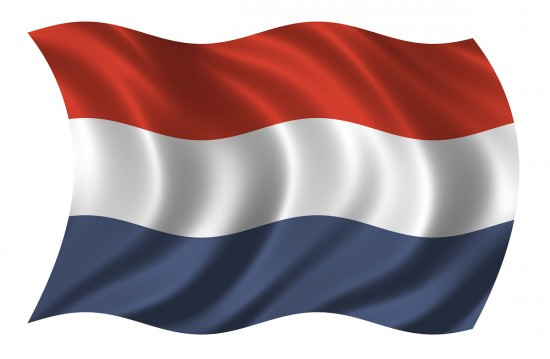 I want to start this post with an important update. You may remember that the last offer I received from a faraway place for big truckloads of folding green came from Mr. Pascal Akossa of the Cal Merchant Bank in Ghana. You don’t remember? Come on, how could you forget Mr. Akossa, the dude who was “enchanted” to converse with me by e-mail about the chance to give me $10.5 million and assured me that I should “not nurse any atom of fear” because all the arrangements had already been made for “the smooth transfer” of all that fuckin’ money into my bank account. You still don’t remember? Well, go here to see my correspondence with Mr. Akossa.

Anyways, here’s the important update: Mr. Akossa hasn’t written me back yet. Also, he hasn’t transferred any part of that $10.5 million to my bank. Fuckin’ douchebag, I hope he dies from a massive rectal hemorrhage. Wait, I don’t really mean that. Maybe a case of incurable incontinence, but not actual death.

But I don’t need his money any more, because over the weekend I received an offer from The Netherlands that makes his $10.5 million look like chump change. Yeah, now I’ve got the chance to lay hands on $18,500,000! Man, when it comes to handing out the folding green, the Dutch don’t fuck around. After the jump, you can see the message and my prompt reply. It’s now just a matter of days, perhaps hours, before I can kiss my day job good-by and start living the life of the richest metal blogger the world has ever seen . . .

I am writing to notify you of the unclaimed inheritance deposit of our late client, Engineer Christian Eich of Germany, who unfortunately lost his life on July 31, 2000 in the Airline Flight AF4590 crash.

During my search for the relatives and next of kin to the deceased, I got your email address through a web search engine in my quest to get a reliable individual who shall work with me in claiming this inheritance deposit of Eighteen Million Five Hundred Thousand United States Dollars (US$18.500.000.00), since all efforts to get the biological relative has proved abortive.

Under a clear and legitimate agreement with you, I now seek your permission to have you stand as a next of kin to my deceased client, as all documentations will be carefully worked out by me for the funds to be released in your favour as the beneficiary’s next of kin. I don’t want the money to go into the Bank treasury as an abandoned fund, so this is the reason why I contacted you.

By presenting you as the next of kin to the deceased. You will be entitled to 30% of the total sum for your assistance and 70% for me to invest in your country. This transaction is very confidential and 100% risk free and shall be executed under legitimate and legal procedures that will protect you from any breach of the Law.

If my proposal interests you,  Please get back to me through my private email address (jeanlawson66@aim.com) or (jlawson@live.nl) with your full Names, Address, Telephone and Fax numbers, Age, Occupation and Country of Origin, for more information on the procedure and legality of this claim.

Hey Jean, how they hangin’? I see from your “reply to” e-mail address that you’re from The Netherlands. Do you know Niek Baboon? He runs a rad metal blog over there in the land of dikes and coffee house weed, which he named after himself — Death Metal Baboon. He makes a mean hamburger, if you ever get hungry. I could send you his e-mail address, cuz you’re obviously a metalhead and I bet the two of you would hit it off, y’know, as long as you promise you won’t talk to him about the $18.5 million. Promise?

Speaking of that $18.5 million, that’s a fuckin’ awesome amount of money! I’m all over that shit! Have no atom of fear, I’m most definitely interested in working with you on the transfer of my inheritance. 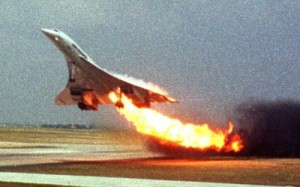 I gotta confess that I didn’t know about that airplane crash that killed your client Mr. Eich, or maybe I knew about it and forgot. After all, it happened almost 11 years ago, which come to think of it seems like a long time for $18.5 million to be layin’ around some fuckin’ bank vault just waiting for some greedy vultures to come stick their drooling beaks into it. But hey, I guess stranger things have happened.

Anyways, I had to google that airplane crash, and I think you got your dates a little bit off. That Air France 4590 flight went down in a fuckin’ ball of flames in France on July 25, 2000, not July 31. It did kill every last motherfucker on board — a bunch of German tourists who’d chartered that flying deathtrap for a trip to NY to hook up with a cruise ship, so I guess that fits with your dead client being German.

Anyways, I guess you’re right that it was unfortunate Mr. Eich got barbecued on that plane, but really, I think it depends on your perspective. From my perspective, July 25, 2000 was my lucky day!

Anyways, you definitely have my permission for me to stand as next of kin to the crispy and now long-dead Mr. Eich. I just have this one niggling little question: How can this be 100% risk-free and totally legitimate if I’m not really Mr. Eich’s next of kin, or any kind of kin at all? I’m not sayin’ I’m not his next of kin, I’m just kinda wondering, hypothetically, about how it could be 100% risk-free if I weren’t. So get back to me on that, dude.

Anyways, here’s the info you wanted from me to get the ball rollin’ on the money transfer:

NAMES:  Only got one.  I.S. LANDER
ADDRESS: No Clean Singing
TELEPHONE: (123) 456-78910
FAX: You’re kidding, right?
AGE: On my last birthday or my next one?
OCCUPATION: Part-time metal blogger and full-time fortune-hunter
COUNTRY OF ORIGIN: Same place Barack Obama was born

Okay, we’re all set to go now. Just one more question. If I’m the next of kin, and you’re just some blood-sucking Dutch lawyer with a dead German client, how come you get 70% of the loot and I only get 30%? I’m just not following your logic here Jean. Here’s the way this is going down: You have the $18.5 mil transferred to me, with no fuckin’ around, and I’ll give you a lifetime subscription to NO CLEAN SINGING completely free of charge, no strings attached. Sound good? Course it does. We’re all set then.

Been great rappin’ with you Jean.

In the course of digging into that Air France crash, I found this description on The Font Of All Human Knowledge. More evidence that our impersonal universe can find the strangest ways to fuck your existence into fiery oblivion — in this case, a little scrap of metal about 17 inches long and 1 inch wide.

Five minutes before the takeoff of Flight 4590, a Continental Airlines McDonnell Douglas DC-10 destined to Newark (US), lost a titanium alloy strip, 435 millimetres (17.1 in) long and about 29 millimetres (1.1 in) to 34 millimetres (1.3 in) wide, during takeoff from the same runway of Charles de Gaulle Airport.

During the Concorde’s subsequent take-off run, this piece of debris, still lying on the runway, cut a tyre causing rupture and tyre debris to be hurled by centrifugal force. A large chunk of this debris (4.5 kilograms or 9.9 lb) struck the underside of the aircraft’s wing structure at an estimated speed of 500 kilometres per hour (310 mph). Although it did not directly puncture any of the fuel tanks, it sent out a pressure shockwave that eventually ruptured the number five fuel tank at the weakest point, just above the landing gear.

Leaking fuel rushing over the top of the wing was ignited by an electric arc in the landing gear bay or through contact with severed electrical cables. At the point of ignition, engines one and two both surged and lost all power, but slowly recovered over the next few seconds. A large plume of flame developed; the Flight Engineer then shut down engine two, in response to a fire warning and the Captain’s command.

Having passed V1 speed, the crew continued the take-off but the plane did not gain enough airspeed with the three remaining engines, because the severed electrical cables prevented the retraction of the undercarriage. The aircraft was unable to climb or accelerate, and it maintained a speed of 200 knots (370 km/h; 230 mph) at an altitude of 60 metres (200 ft).

The fire caused damage to the port wing, and it began to disintegrate – melted by the extremely high temperatures. Engine number one surged again, but this time failed to recover. Due to the asymmetric thrust, the starboard wing lifted, banking the aircraft to over 100 degrees. The crew reduced the power on engines three and four in an attempt to level the aircraft, but with falling airspeed they lost control, crashing into the Hôtelissimo Les Relais Bleus Hotel near the airport.

All one hundred passengers and nine crew members on board the flight died. On the ground, four people were killed with one left injured.

You can think of this as our peculiar way of saying: Enjoy the rest of your fucking day, because it could be your last.

5 Responses to “RICHES FROM THE NETHERLANDS AWAIT!”