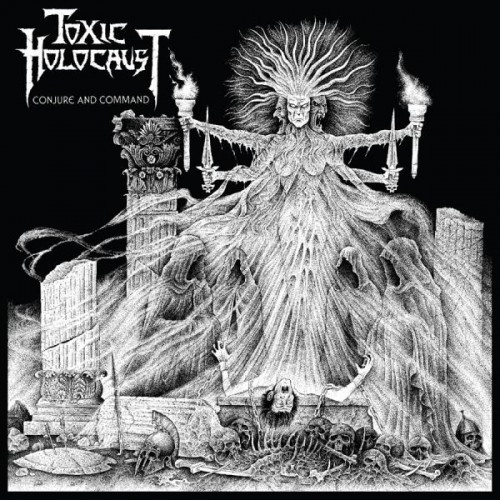 By and large, the so-called “re-thrash” movement has left us cold here at NCS. To be brutally honest, we’re not that much into most of the old gods of thrash who are still cranking out albums and touring (though we can still get it up for Exodus and Death Angel), and that may explain why the many bands in the last few years who’ve just re-tread the style without bringing something new to the old chassis aren’t that interesting to us.

And so it is that we’re actually looking forward to the next release by the band — Conjure and Command, which Relapse Records will begin distributing on July 19. Man, July 19 is a long way off, isn’t it? But the teasers are starting, and the first one is a song from the new album which went up for streaming a few hours ago. It’s called “Nowhere To Run” and it got my head to moving up and down and side to side. There’s nothing fancy going on, but if you like thrash straight-ahead, unvarnished, sneering, and slightly evil, you probably ought to stay with us past the jump and check out that song.

Isn’t that a cool album cover?

So, what did you think of that?  Does anyone out there like straight thrash at all? I wonder, because we almost never write about thrash bands here.

14 Responses to “TOXIC HOLOCAUST LEAVES YOU NOWHERE TO RUN”