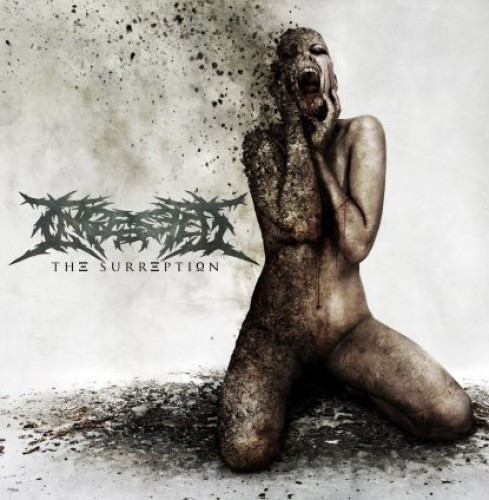 We fucking loved Surpassing the Boundaries of Human Suffering, the 2009 debut from Manchester, England’s Ingested. We raved about it here. That was a long time ago. Time passes, and one of two things usually happens. You read the depressing news that a band you liked has split up, or eventually you read that, lo and behold, there’s a new album on the way.

In the case of Ingested, the news we just saw is of the latter, happy variety: There is indeed a new album — entitled The Surreption — scheduled for release on June 6 by Siege of Amida. Within the last few days, the band has displayed the eye-catching cover art you see above — created by Colin Marks, who has created similarly arresting artwork for Whitechapel, Suicide Silence, All Shall Perish, and many others, in addition to Ingested’s first album. It’s not exactly an uplifting image, but neither is Ingested’s music.

In addition to the album art, we have more details about the album. For example, it was recorded at Studio 6 Swindon with Stu Mckay and Cherrywood Studios Bristol with Rob Purnell, Jonny Burgen and Dave Purnell (Trigger the Bloodshed), and it was mixed in L.A. by Mick Kenney (Anaal Nathrakh, Bleeding Through). Yeah, so far so good. Also, the album will feature guest appearances by Alex Erian (Despised Icon) and Mathew Jones (Martyr Defiled).

On top of all that, Ingested has recently released the first song from The Surreption. It’s called “Castigation and Rebirth”.  (stay with us after the jump to hear that song . . .)

The name of this game is slamming, hammering, relentlessly Drop-A death metal. Compared to some of the songs on Surpassing the Boundaries, these Mancunians have eased up a bit on the gas pedal and added gang shouts to this song (which is generally not an ingredient worth adding to the recipe), but it’s still a satisfyingly brutal song that makes me want to ricochet through a moshpit and come out bleeding. Bring on the rest of the album!

While we’re on the subject of Ingested, here’s the official video for one of the songs from the debut album, felicitously entitled “Skinned and Fucked”:

UPDATE: Ingested just posted the “explicit” version of the artwork for the new album. Here ya go: 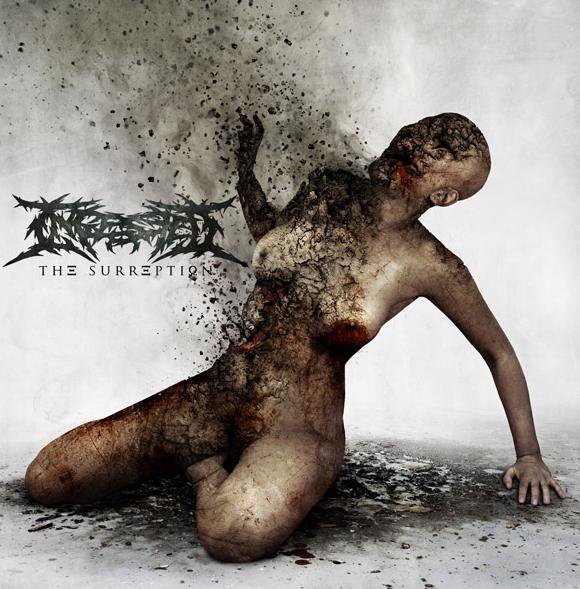