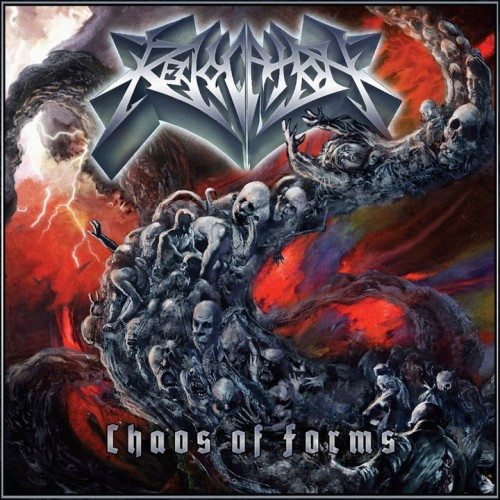 The next album from Boston’s Revocation has been on our get-without-fail list since about the beginning of the year. We now have a release date from Relapse Records — August 16 — and the pre-order packages are now up for sale.

We also now have the album title (Chaos of Forms) and the album cover, which is awesome. And last, but not least, only a few hours ago Revocation posted a track from the album (the first to see the light of day) called “Cradle Robber” on their Facebook band-page. It’s a helluva song. Once again, Revocation makes thrash come vibrantly alive — the music is not only fast and wild, but in both off-tempo and full-speed passages, David Davidson’s technical guitar pyrotechnics make your head spin. The drumming on this track is insane, too.

Now, flip your mind upside down for this next one.  New York’s Tombs also has a new album on the way, also on Relapse. Titled Path of Totality, it will land on June 7 in North America, and it’s another one we’ve been anticipating eagerly. Two songs from that album have already premiered — “Silent World”, which debuted on NPR, and “Vermillion”, which launched at BrooklynVegan.com. Today, a third one — “To Cross the Land” — premiered on Stereogum.com.  We’ve got more to say about those songs, plus the new Revocation track, after the jump.

Go visit the Revocation Facebook page for more info about the album and links for pre-orders. 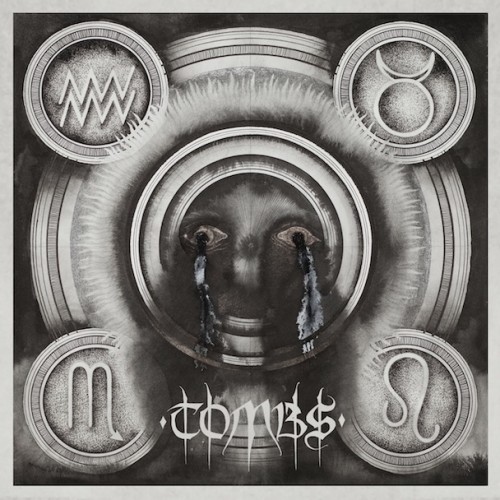 Those Tombs tracks: They’re as wild as Revocation’s new song, though in a different way. Combining an onslaught of blast-beats, tremolo-guitar waves of noise, demented shrieking, bursts of no-less-passionate clean vocals, utterly catastrophic low-end pummeling, atonal melodies, and side-shifts into life-sucking, sludgy post-rock, these dudes groan and grind and unleash pure hell on earth. It’s an unusual spin on black-metal tropes, and I love it.

Here’s one of the previously released songs, “Silent World”, which has just become available on SoundCloud:

To check out the latest Tombs song, visit Stereogum here.