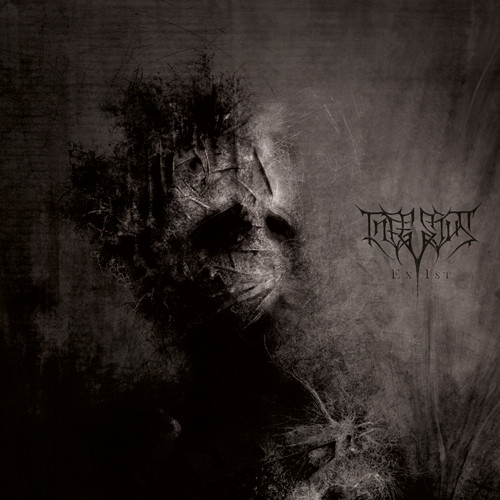 E x | I s t is the new album by Infestus. Infestus began life as a three-man project. After releasing a demo, a debut album, and a split, guitarist Harbarth split, leaving multi-instrumentalist Andras and vocalist Dagon to soldier on. In 2008, that duo created a concept album called Chroniken Des Ablebens, which was released by Debemur Morti Productions. Then, in the summer of 2010, Dagon went his own way, and Andras was left to soldier on, providing the vocals and all the instruments on E x | I s t.

Wait, wait, wait. Someone out there is muttering under his breath. You think I can’t hear you, but I can. You’re mumbling this:

Oh, fuck no, not another one-man black-metal band from Northern Europe. It probably sounds like a vat of sulphuric acid at the boiling point.

Well, stop your damned muttering and stay with me here.

To put my reactions in context: 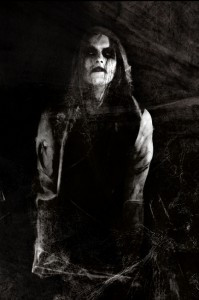 As of roughly two years ago, I’d listened to a grand total of about six black metal albums — ever. I think the problem was that I’d been exposed to the music at a time when I wasn’t ready for it, when my musical tastes and appreciation weren’t what they are now. Kind of like what happens when schools try to teach Shakespeare to kids in high school; teachers risk poisoning all those minds against a perceptive and brilliant expositor of what it means to be human because the exposure comes way too soon, at a time when it’s just words that can’t be understood and eloquence about aspects of life that haven’t been lived yet.

For the last two years, and more intensely since this blog started, I’ve been making up for lost time, listening to new black metal releases (selected in a very random way) and, when I can, listening to albums of the past that are highly regarded within the community or that come recommended (and this blog has been a great source of recommendations on that score).

One thing I now know: Black metal is a big tent, and within it lurks a wide variety of music (not to mention bands like Cradle of Filth who’ve staked out their slots along the carnival midway alongside the whack-a-mole game and the candied apple vendor). It’s not all alike, not even close. So it’s a mistake to lump all black metal bands together, just as it is in every other metal genre.

This black metal band — or rather, this one-man phenomenon — has created music that’s symphonic. I don’t mean “symphonic” in the sense we usually understand that term within the world of metal, i.e., keyboard-heavy and grandiose. Instead, the music is symphonic in the sense that the songs are constructed in movements, in the placement and development of multiple melodies and rhythms, in the combination of multiply-tracked guitars to produce intriguing sonic density.

The entire album is also symphonic, in the intelligent arrangement of the songs so that they flow from one to the next, creating moods and then changing and carrying those moods into different places.

To accomplish this effect requires time, and so most of the songs are long. Of the seven tracks on the album, five of them are in the 8-10 minute range. Within the songs, there are physically compulsive rhythms, the interplay of light and dark, the contrast between fury and contemplation, the rise and fall of sound, the movement from complexity to simplicity, the atmospheric change from crushing thunder to the caress of soft rain.

If a half-dozen musicians had collaborated to create this album, the results would still have been impressive. That one person did all of it is simply remarkable. Every instrumental track is performed with a high level of skill — from the drums to the bass to the multiple guitar stylings, there is no weak link. Now, add to that the production quality: In addition to writing and performing everything on the album, Andras also recorded and mixed the music as well. The sound is clear and sharp; you can hear the contribution of every instrument, though the instruments (particularly the guitars) are often so layered that it takes multiple listens to appreciate how much thought went into the mix in order to produce the overall effect.

I’ll pick just one example — the first song following the largely instrumental track (“Akoasma”) that begins the album. It’s called “Down Spiral Depersonification”. Unlike many of the songs, it bolts from the gate without a build-up, the opening section functioning as an overture, allowing the bass and tremolo rhythm guitar to establish the low-end rhythmic backbone of the composition and a subtle, dark melody.

At the 2:25 mark, the principal melodic figure of the song is introduced briefly by a higher-register tremolo lead before the rushing rhythm returns. An arcing guitar weaves a variation on the opening section’s melody, and then, in the song’s mid-section (the second movement, if you will), the wash of noise gradually subsides as an amplified acoustic guitar rings a plaintive melody. And after that, following a brief bridge of rhythms, the melody only hinted at the 2:25 mark returns via the tremolo lead and flows forward almost to the end, complemented by a clean melodic guitar inscribing an anthemic variation over the top of it (three guitar tracks joining together). At the end, the maelstrom of sound again subsides and the amplified acoustic guitar returns, until its ringing notes are all there is, and they slowly die away.

Monotony is simply an alien concept on this album. Although its overall mood is grim, bereft, and occasionally forbidding, it’s never dreary or lacking in interest.

Well, words can only convey so much, and they’re never a match for listening. Here’s “Down Spiral Depersonification”:

Another song from the album is also streaming at this location, along with all the songs from the first Infestus album, Chroniken Des Ablebens. You can mail-order a CD of E x | I s t (with free shipping) from this site. The album will be released on May 18 by Debemur Morti Productions.

Visit the Infestus web page for more info about the band. Songs from each of the albums, including the one we just played for you, are available there for free download.