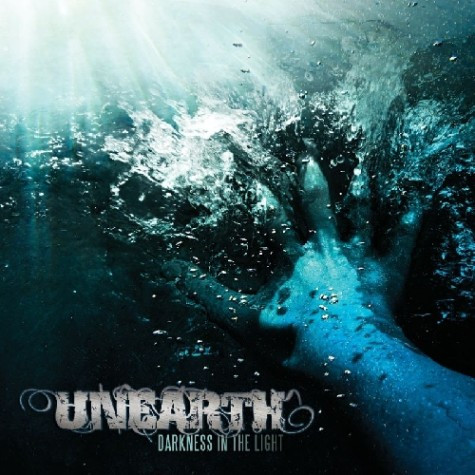 Doesn’t it seem like whenever you see the word “metalcore” in commentary about new music these days, the word “generic” isn’t far away? The metalcore genre has now been with us so long that, at least in the eyes of metal “elitists” (so-called by, uh, fans of metalcore), it has become stagnant, stuck in the template that was hammered out more than a decade ago, recycling its familiar tropes and only rarely venturing into the realm of originality.

To be honest, that “generic” label could be applied to bands and albums in every genre of metal. Is it really more often true of new metalcore releases than, say, new death metal albums? And do we really need a band to break new ground in a familiar genre in order to find the music worthwhile? Or is it sufficient that a band know what they’re doing and do it well, even if there are no surprises in store?

Before “metalcore” became a dirty word in many metal circles, before the genre became saturated with formulaic music, there was Unearth. In our opinion, their albums have stood out from the burgeoning crowd, thanks to their talent for creating memorable hooks and melodies (and breakdowns) while preserving all that hardcore grit and aggression. It doesn’t hurt that they put on a head-busting live show — one of those bands we turn out to see whenever they get close to The Emerald City.

Unearth will be releasing their fifth album (Darkness In the Light) via Metal Blade on July 4, their first in two and a half years. Adam Dutkiewicz (Killswitch Engage) produced it, and KsE’s Justin Foley laid down the drum tracks. Last night, as a warm-up to the release, Unearth uploaded a song called “Eyes of Black” to YouTube. After the jump, we have the song and a few more words . . .

Unearth frontman Trevor Phipps had this to say about the song in a press release: “We chose ‘Eyes Of Black’ to be the first song heard out of the gate as we feel it represents the ‘UNEARTH sound’ and style perfectly and it’s simply a hard-hitting, catchy-as-hell song. The lyrics are also in line with many of the album’s darker lyrical themes. I’m not speaking for all of the band, but this is my personal favorite on the album and I can’t wait to get out there and play it live!”

“Eyes of Black” is an auspicious herald for the new album. Phipps sounds great, Justin Foley kills it behind the kit, and once again Unearth have unearthed a winning combination of hardcore venom and a memorable chorus. Oh, yeah, there’s a breakdown at the end. So, go ahead and call us names, but we still like our breakdowns around here. We like this song, too. Groundbreaking? Nope. An example of a band who know what they’re doing and do it well? Yessir!

8 Responses to “UNEARTH: “EYES OF BLACK””