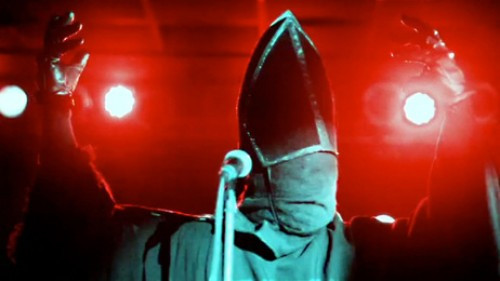 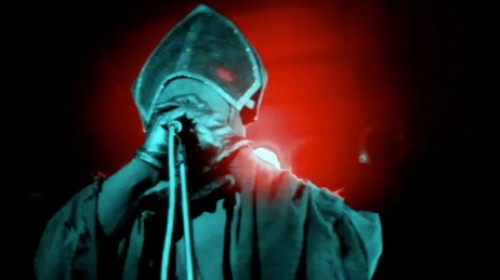 NPR (formerly known as National Public Radio) is a non-profit media organization that syndicates radio programming to almost 800 radio stations around the U.S. It gets about 10% of its funding from the U.S. government through the Corporation for Public Broadcasting, which makes it a perennial whipping boy for conservative politicians who want to cut or eliminate its government funding — or simply compel NPR to become as bland as possible.

NPR has a web presence, too, and today they just did something that undoubtedly will stir its opponents into a fine froth: They posted a video of the Australian band Portal playing a song at last year’s Maryland Deathfest. The clip comes from a limited edition version of the Maryland Deathfest:The Movie II DVD, which is now available for pre-order from Handshake Inc. with a larger release planned for August.

Portal is a band about which I have mixed feelings. Like the NPR writer who posted about the video, I found the Portal’s 2009 album Swarth to be a horrifying, but perversely riveting listening experience. I like extreme music quite a bit, as you can possibly tell, but Swarth isn’t an album I’ve listened to repeatedly. I’m glad it exists, I dig it, but it’s punishing to hear.

Now, as for that video clip, it’s fucking awesome — the music is still horrifying, but watching these hooded and masked ghouls inflicting it live was cool.  Or, at least I thought so. I have a feeling NPR’s political opponents won’t be so fucking appreciative.  (more after the jump, including that video . . .)

NPR’s writer did a nice job summing up the performance:

The intense theatricality of The Curator (he’s the guy in the pope hat), the in-and-out focus that threatens to get too close to the horror, the blue and red lights that feel like we’re witnessing a very wrong crime scene — visually, it’s the makings of an H.P. Lovecraft short story realized by David Lynch.

With that preface, go watch the clip of Portal performing “Illoomorpheme” from Swarth, courtesy of the ballsy people at NPR (at this location).  I haven’t yet figured out how to embed the video here.

At that same page, you can read an interesting interview with director David Hall, who not only filmed the video of last year’s Maryland Deathfest but is gearing up to do it again this year.