NCS contributor Israel Flanders is back with another review — a new EP from a band of islanders (I like them already).

Ever heard of the Faroe Islands?  Neither had I, but now I want to know what they’re all about.  The band in question is a Death/Thrash band from these Faroe Islands called The Apocryphal Order and I’m reviewing their debut self-titled EP.

These guys have been eating their meat and potatoes because this album is full of furious thrash and death metal riffing, every drum beat you could possibly imagine, tempo changes, brutal hoarse vocals, but the thing that stands out about this band is their songwriting prowess.  The song structures are very progressive in nature, yet never feel like they are being forced or done for the sake of doing so.  I can’t compare these guys to anything because I honestly think they have their own sound working in their favor, though if I had to try: imagine a love child of Death, Testament, Forbidden, and Deicide.  Crazy combo right?

The highlight of this album for sure is the riffing.  The guitar work is just all over the place, stylistically speaking, as well as never short-handed on the technical end.  Every single one of these songs is full of riffs that induce headbanging fury, not only because of the technical intricacies at work here, but also because these dudes play their music with the kind of utterly indisputable conviction that beats you into submission repeatedly. (more after the jump, including some songs to hear . . . )

The drumming is definitely the secondary highlight. It’s proficient, technical, appropriate and sufficiently double-bass saturated to cause an earthquake that would split the world in two.  There is a bass in the mix, but it’s kept in the background to provide JUST enough undercarriage for the album (though you can make it out perfectly when it deviates from the guitars).  The vocals are just a brutally hoarse roar that suits the music well. I wouldn’t change it, but if you’re looking for vocal diversity, go elsewhere.

Below I’ve included two links for the first two songs off this EP called “Beyond The Depraved Scope Of Salvation” and “Deteriorate To Gain”.

You can purchase this album for digital download on Itunes right now.  Go grab it.

EDITOR’S NOTE: According to The Font of All Human Knowledge: “The Faroe Islands (Faroese: Føroyar, Danish: Færøerne) are an island group situated between the Norwegian Sea and the North Atlantic Ocean, approximately halfway between Great Britain and Iceland. The Faroe Islands are a constituent country of the Kingdom of Denmark, along with Denmark proper and Greenland. The total area is approximately 1,400 square kilometers with a population of almost 50,000 (2010).” The inhabitants are descendants of Norwegian Vikings who originally settled there.

Other metal bands from The Faroe Islands: Týr, SIC

Picture of the Faroe Islands: 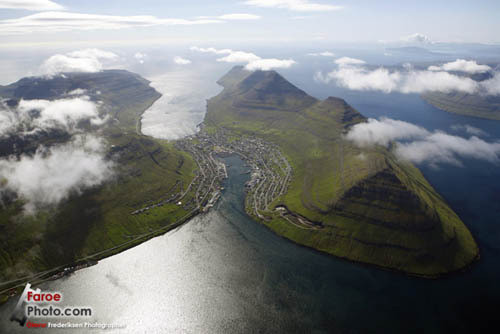 12 Responses to “THE APOCRYPHAL ORDER”