Sunday mornings really aren’t any better than Saturday mornings, but we’ve run that riff already, so no more NCS prescriptions about how to get your ass in gear (at least today). Instead, this is just another installment of MISCELLANY.

We did one of these earlier in the week, but we’re still catching up, so we’re doing another one. May have to do even one more before next weekend, because the list of things to check out has grown to ginormous proportions.

To remind you of the ground rules: I randomly check out music I haven’t heard or videos I haven’t seen, trying to stick with bands I’ve never heard before, and keeping my fingers crossed that it will be worth the time. I make a list during the week of things that come our way and then go exploring without much rhyme or reason.

It would be like throwing darts at the list, except I’m not allowed any sharp implements. So I just imagine I’m throwing darts. In my mind, I’ve only put out someone’s eye once.

What’s fun about this game is that I don’t know what I’m gonna find, or whether it will be worth a shit, except (usually) I know it will be metal. Here’s what I heard or saw, in the order of doing it, for this installment of the series: Mytra (Hungary), A Life Once Lost (U.S.), Vulture Industries (Norway), SiC (Faroe Islands), and Loading Data (France?).

Yes, this is a long list, but it’s fucking Sunday. What else are you gonna do today? You can hear and watch what I heard and saw, after the jump . . . 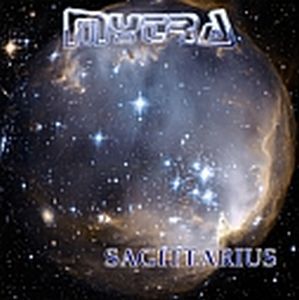 The first stop on today’s adventure was a video by a Hungarian band called Mytra. This one made the MISCELLANY list because of an e-mail we got from fellow blogger Niek at Death Metal Baboon. In our brief acquaintance, he hasn’t steered us wrong yet, including turning our steering wheel in the direction of  Mytra.

There’s no clean singing in Mytra’s music. In fact, it appears there’s no singing at all. Just awesome prog-instrumental goodness. I really thought this video was hot shit, too. For one thing, there’s really clear footage of the band playing up a storm. It’s nice, for a change, to see performance scenes that aren’t digitally altered to make them what someone thinks will be more interesting, but instead, more often than not, just makes them annoying. I’m happy just to watch a good band play.

But this video isn’t all performance shots. It’s juiced up with symbols and grids and astronomical diagrams and images of things beyond our world, fading in and out. It suits the title of the song, which is “Copernicus”:

Mytra produced one EP in 2000, followed by changes in band members, followed by a second EP in 2007 (called Ecotone) followed by a 2009 5-song EP called Sagittarius — which is the one that includes “Copernicus”. You can download the Ecotone EP and the Sagittarius EP by visiting Mytra’s web site at this location. Poke around, and you’ll find the page that lets you do that. 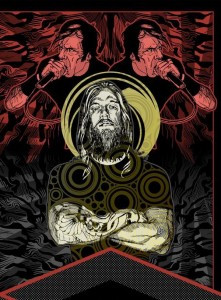 I was crushed when it appeared Philly’s A Life Once Lost had broken up. I was massively hooked by their debut, A Great Artist. The intricate polyrhythmic interplay between the drums and the bass, the mid-range moaning of the guitar leads and assorted other guitar noise, and the high-end howling vocals made for a sweet combination.

I liked the next album, Hunter, even better — more deeply-carved Meshuggah-esque grooves, and even more incurably infectious riffs. I probably listened to that album as many times as I’ve listened to anything. The last album, 2007’s Iron Gag, was good, too, though I’d gotten so hooked on the band’s style that the musical course changes on it were personally disappointing — less Meshuggah and more Pantera, and a throatier vocal style from Bob Meadows.

Then, it appeared the band had broken up. But it turns out that A Life Once Lost isn’t really history after all. At the end of last year, we read that the band was reviving and planned a new album this year — and on the strength of that news, we put them on our January 1 list of the 21 albums we most wanted to hear in 2010.

We’ve now got more concrete evidence of the band’s rise from the ashes — a “pre-production” version of a song called “Expression of Hate”. Bassist Nick Frasca and guitarist Doug Sabolick are gone, and guitarist “Snake Sustaine” is in, but the song is still recognizably A Life Once Lost — and the musical style seems closer to the first two albums than to the last, which is peachy-fucking-keen as far as I’m concerned. Here’s that new track I heard after enjoying the Mytra video. It may be pre-production, but the sound quality is good.

You can follow the news about A Life Once Lost at their MySpace page. 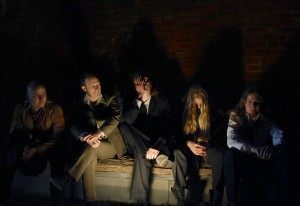 Vulture Industries is a band from Bergen, Norway that includes current or former members of other bands such as Enslaved, Sulphur, Syrach, and Taake. I heard about them from the remarkable Patricia Thomas, who seems to manage or provide PR services for half the bands in Bergen, including the awesome Byfrost, whose latest album we reviewed here.

Vulture Industries are releasing their second album, The Malefactor’s Bloody Register, on September 13 in Norway, on October 4 in the rest of Europe, and who knows when in North America. According to Patricia’s release, the album was mastered by Brian Gardner (ISIS, NIN, DAVID BOWIE),  and features a guest appearance by Enslaved’s Herbrand Larsen on Hammond Organ, as well as special guests on cello, viola and saxophone.

So that might give you a hint of what we’re talking about here. One track from that forthcoming album, “The Bolted Door”, is now streaming on the band’s MySpace page (here), and that’s the song I checked out. It’s extreme prog-metal with a mix of Bowie-esque clean singing, Bergen-esque acidic vocals, technically sophisticated instrumentals, and heaviness galore. I thought it was cool. Unfortunately, I don’t have a way to let you hear it on our site, so you’ll have to jump over to the Vulture Industries MySpace for that.

I do have this here widget with some tunes from the band’s first album, The Dystopia Journals. Let me know what you think. 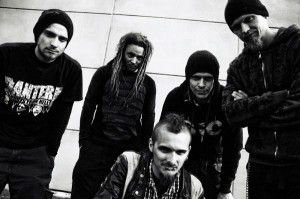 The Faroe Islands are located between the Norwegian Sea and the North Atlantic Ocean, about halfway between Great Britain and Iceland. In other words, they’re in the middle of fucking nowhere. The islands are largely autonomous but are part of Denmark, in the same way as Greenland is. They’ve also produced a thrash metal band called SiC.

Not long ago, I saw a blurb that the band had finished recording its second album, to be called Fighters They Bleed and had uploaded a song from the album to their MySpace page. I’ve had a long-standing interest in extreme metal bands from places that must be difficult launching pads for this kind of music, so the fact that SiC is from the Faroe Islands would have been reason enough for me to check ’em out. But that blurb also reported that the new album was mixed and mastered by Tue Madsen, and that sealed the deal.

This video of that new song, “Killing Birth”, displays the lyrics as they’re being sung, and images of the band when the singer isn’t singing. I think it might have been better without the lyrics. Anyway, here you go: 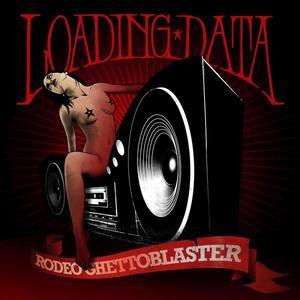 This was kind of a last-minute stop. A got an e-mail from Deadlight Entertainment just as I was putting the finishing touches on this post. It included a picture of the album cover on the right. I hate to say that shit like this works on me, but, to be brutally honest, which is the only kind of honest we are here at NCS, it does. So I watched a video that was linked in the e-mail. And because I did, it goes in this post.

The video is for a song called “Do It On the Beach”, which is from a Loading Data album called Rodeo Ghettoblaster. It looks like the album had a limited release in South America a year or two ago, but it’s now set for release by Deadlight in Europe and elsewhere on October 18. It appears that Loading Data was formed in France, transplanted to the U.S. for a time, then moved back to Europe. If you want more info, the MySpace page is here.

This music ain’t my thang. But that’s the way this MISCELLANY game works — no filtering. Besides, for someone out there, it might be just what you need right now.

The mid-paced song is more hard rock, with a bit of a punk vibe, than it is metal, but it gets close to the metal line because of the heavy, fuzzed-out tone. Sounds like they ran the guitars through a bass amp. It’s all clean singing, and I do admit it’s catchy. I kinda like the video, too — a club scene, with bikinis, and blood.

If you like this, Rodeo Ghettoblaster can be pre-ordered at this location.

So, that concludes this latest edition of MISCELLANY. A mixed series of results for today’s expedition. I’m going to go back to mentally playing darts. After that, I may mentally get in a knife fight. Hope you have a wonderful fucking day.