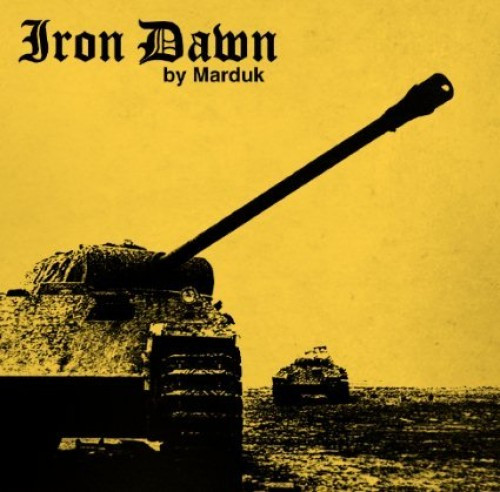 By the way, I’m so fucking old I don’t even know if dudes and chicks use the backseats of cars as a venue for getting hot and bothered any more. But the no-payoff part? I’m damned sure that’s still happening.

Where was I? Oh yeah, brief offerings of new music from some killer bands. Today, we’re featuring one of them — Sweden’s Marduk (Sweden) — and over the weekend we’ll have some more. If you’re looking for pretty music, I’m afraid you’ll have to keep looking. If you want music that’s dark, powerful, and . . . well . . . skull-fucking, then you’ve come to the right place. First up, Marduk.

One of the true behemoth’s of Scandinavian black metal, Marduk are releasing a new EP called Iron Dawn. Regain Records will release the EP on May 27 at The Maryland Deathfest, where Marduk will be making an appearance. The EP will also be available at six other North American shows that Marduk will be playing in May and June (the Seven Bowls of Wrath Tour) , and then there’ll be a worldwide release of the EP on May 30.

Marduk is also working on a full-length album projected for release sometime in early 2012, but according to the press notice we received, the EP “differs from the concept that is being created” for that album. This EP is anything but a tossed-off gap-filler between full releases. It’s riveting music from start to finish.  (more after the jump . . .) 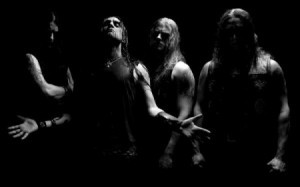 There are three songs on the EP, and all three focus on events during World War II (which means, based on that press release, the next full-length won’t be yet another of Marduk’s periodic war-themed albums), and all of the events seem related to the eventual defeat of the German army in Russia and eastern Europe.

If you remember the song “Warschau” from the band’s ninth album, Plague Angel (2004), then the first track on the EP will make more sense to you. It’s called “Warschau 2 – Headhunter Halfmoon”, and appears to be focusing on the Warsaw Uprising in 1944, when the Polish resistance began an operation to liberate Warsaw from the Nazis ahead of the Red Army’s advance on the city from the east.

Listening to the song is like stepping into a war zone. It blazes with speed, fury, and bombast – an unrelenting conflagration of sirens, blast-beats, tremolo electricity, and Mortuus’s rancid vocal narration. The drumming, in particular, is insane.

The second song is called “Wacht Am Rhein – Drumbeats of Death”. I’m not 100% sure about the thematic focus of this song, but “Wacht Am Rhein” means watch (or guard) on the Rhine. “Die Wacht Am Rhein” is also a German patriotic anthem that dates back to the 1800’s. I assume this relates to the German Army’s unsuccessful attempt to make a stand at the border in defense of the German homeland.

The song itself picks up where “Warschau 2” left off — another boiling, warlike assault on the senses, leavened with slower interludes that are grinding but no less vicious.

The last song is called “Prochorovka – Blood and Sunflowers”. This may be the only black metal song in existence that includes the word “sunflowers” in its title. As for the song’s subject matter, the Battle of Prokhorovka (12 July 1943) was fought on the Eastern Front during World War II between the German Wehrmacht’s Fourth Panzer Army and the Soviet Red Army’s 5th Guards Tank Army. It was one of the largest tank battles in military history. It seems to have been something of a draw, but strategically it was a turning point in the Eastern war, followed by Germany’s retreat from Russia.

Unlike the first two songs, “Prochorovka” is a down-tempo, funereal piece, paced by huge, thunderous blasts from what sounds like a kettle drum. In this song, the air of doom is implacable, and the buzzing guitar chords infuse the whole thing with a feeling of weary sickness. Sweet.

Here’s the first song on the EP for you to check out: 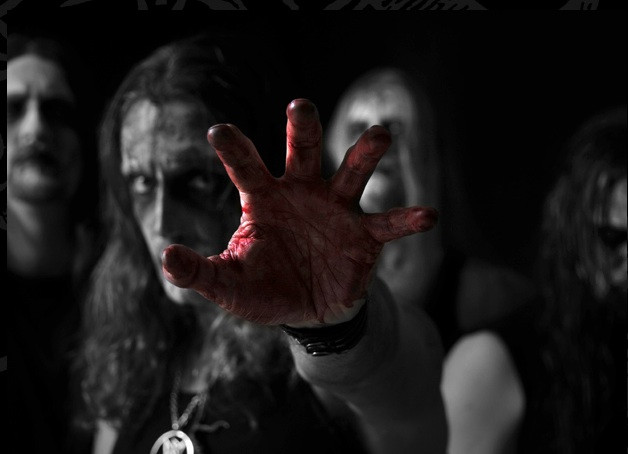 One Response to “SHORT, BUT SWEET: MARDUK’S “IRON DAWN””