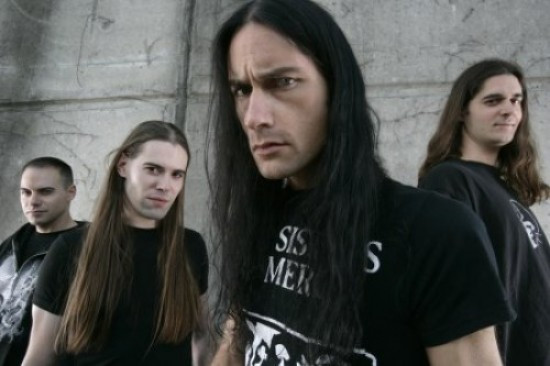 With increasing frequency, we’re seeing bands inviting their fans inside the creative process before their songs are all fully mixed, mastered and packaged into an album’s worth of music. I think that’s smart marketing, in addition to satisfying the impatience of hungry fans like me who hate waiting around for new music from bands we like.

We had one example yesterday when The Monolith Deathcult put up on SoundCloud a preliminary version of a new song called “H.W.A.” (Human Wave Attack). And today we have yet another example: Arsis has posted a brand-new song for streaming via SoundCloud called “Since the Shadows”. Yes, that does indeed mean that Arsis is writing a new album.

Early days yet, but based on this demo version of the new song, it’s not too soon to start panting for that album to come. At least if you’re a panter like me. If you just breathe normally, like a human instead of a beagle, then you may just want to smile when you hear this song. As they say in the field of professional music journalism, it fucken rawks.

ARSIS – Since the Shadows (Demo) by NuclearBlastRecords

13 Responses to “ARSIS INVITES YOU INTO THE SHADOWS”