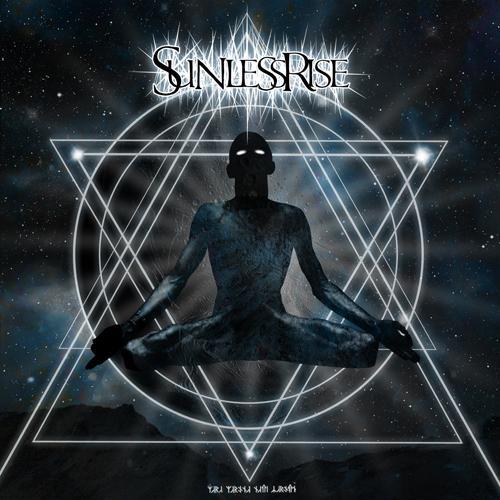 We’re in a never-ending chase, trying to catch up with EP’s and demo’s from unsigned bands who’ve contacted us, or who we’ve found out about through recommendations. I suppose it would be easier, now that we’ve grown a bit, simply to pay attention to well-known bands or full-length label debuts. But we’re trying to remain faithful to one of the founding principles of this site — to show some support to talented unsigned bands from around the world, and in doing that, to provide what we hope will be some entertaining discoveries for NCS readers.

Today, we’ve got two discoveries to share with you: SunLess Rise (Russia) and Black Monolith (San Francisco). Both bands are definitely under the radar — so far — but to the extent merit counts for anything, you should be hearing more about them in the future. About the only thing they have in common (apart from being good) is speed. Otherwise, the styles of music are utterly different.

SunLess Rise should appeal mightily to fans of Children of Bodom, Norther, and Ensiferum. I have more trouble picking out better-known references for Black Monolith — it’s a raw amalgam of black metal, punk, crust, grind, and a really pissed off junkyard dog.

Oh wait, these bands do have one more thing in common — their debut EP’s are available for download at no charge. So, let’s get to it . . . 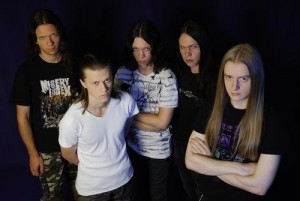 Over this past weekend, my friend Quigs at The Number of the Blog passed along a link to an official video of this band performing a song called “Nothing To Save”, which he thought might be my kinda thing. I didn’t recognize the name at first, but later remembered that I’d seen a little squib about the band posted a long time ago by another one of our blogger allies, Niek at Death Metal Baboon.

SunLess Rise is from St. Petersburg, Russia, and their self-released, four-song debut EP has been rattling around since 2009. That “Nothing To Save” video has been up since January 2010. In other words, the advent of this music isn’t exactly breaking news. But Quigs was right — this is most definitely my kinda thing. I was hooked by the video like a big-mouth bass pouncing on a tasty-looking lure. I then discovered that the band had made their 2009 demo EP available for free download, and so I’ve been listening to all four tracks, repeatedly.

The music is the kind I associate with that particularly Finnish brand of keyboard-driven melodic death metal. It’s fast as blazes, with catchy melodies, sound song structures, and a heavy helping of instrumental pyrotechnics. The sky’s-the-limit instrumental flash is especially evident in the keyboards, but all of the musicians are amped to the max with adrenaline and damned accomplished technically for a bunch of dudes who look like they can’t yet order their own beer.

I can’t say that the music is terribly original — those bands I mentioned earlier have staked out this territory already. But SunLess Rise pull off this brand of music with style and flare (and flair, too). See if this song don’t grab you like it grabbed me:

To download the EP via Mediafire, use this link.

According to an unofficial fan site for SunLess Rise, the band is now working on a full-length release. I hope that’s true — there’s lots of potential here. They don’t seem to have their own official Facebook page, but there is a MySpace page at this location with more tracks to stream and a bit more info if you feel like exploring further. 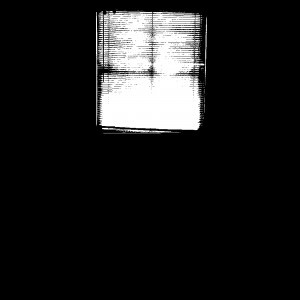 This San Francisco band contacted us a couple weeks ago with news that they had just uploaded a debut, three-song EP for listening at Bandcamp. I didn’t get around to listening until this past weekend, but man, did those songs rivet my attention.

The Bay Area is a veritable hotbed of convention-defying black metal these days, with Ludicra, Cormorant, and Deafheaven among our favorites. Black Monolith isn’t far from being added to the list. Those other bands have taken black-metal stylings and braided them with other musical traditions (and un-traditions) to create something original and interesting. So, too, have Black Monolith.

At less than two minutes long, “Abandon Heart” wastes no time — speedy  punk riffage and agonized shrieking erupt from the start. The pace never relents, and the intensity only escalates as tremolo-inflected fury and a blowtorch guitar solo enter the mix.

“Dead Hand” stays in the same (open) vein, thrashing away with punk chords and d-beats, more vocal mayhem, and shrill guitar leads. The rhythms jump around, a seam of dark melody opens up as the song progresses, and there’s another reverberating guitar solo, but there’s no let-up on the poisonous shroud of super-heated fury that jets from this engine.

At first, “Hedonist” is another story altogether. In the intro, mega-distorted guitar chords vie with insane screaming, and then a mid-paced chug-storm begins to rumble, with a guitar lead that sounds incurably unhealthy. The whole thing collapses in a heap almost half-way through — and then a racing hellhound bolts up from the wreckage and starts to chase your scared ass through a forest of thorns. Again, there’s a seam of dark melody that emerges through the rancid riffing, and it drives the latter part of the song right up to the feedback-fueled finish.

Black Monolith’s demo is available for download on their Bandcamp page (here). And if they’ve happened to max out their 200-download allotment for the month at Bandcamp, here is a link for the download at Mediafire. And if all else fails, leave us a comment below and we’ll see about updating this post to make a download available via NCS.

For more info about Black Monolith, visit their Facebook page.

6 Responses to “SHORT BUT SWEET: SUNLESS RISE AND BLACK MONOLITH”