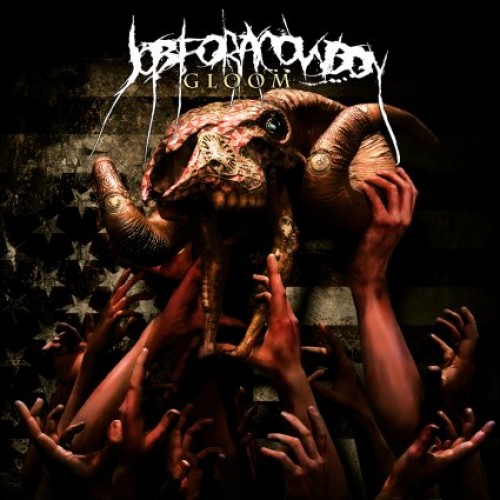 (We’re pretty close to just turning the whole site over to Andy Synn. Today we have Andy’s third post since Monday. Here’s his review of the new EP by Job For A Cowboy, which be available digitally and physically via mail-order (only from Indiemerchstore.com) on June 7.)

Doom & Gloom. A perfect pairing in so many ways. Showcasing as they do the growth and evolution of JFAC’s ungodly chimeric creation, two sides of the same coin, still redolent with untapped potential, which has lost none of its lustre or value over the years.

If it is impossible to discuss JFAC without mentioning the dreadful pejorative “deathcore”, then let me address the issue in this manner; the band have, for me, always epitomised the strengths and possibilities of what the sub-genre could, and should be. Taking death metal’s powerful engine and building a sleeker, more modern vehicle around it, fuelled by youthful energy and ambition, the band have joined other such groups of the modern death metal pantheon, such as The Black Dahlia Murder and Aborted, who have (at times) been tagged with the “deathcore” identity, yet (thankfully) have little in common with what the sub-genre has unfortunately become. The one thing the aforementioned groups do have in common however is the admirable growth and maturation they have achieved over the years.

From youthful fire-starters, attempting simultaneously to both ape the achievements of their predecessors yet also define themselves by opposition to what came before, these acts have found that one CAN build an identity on the genetic blueprints of their forebears without becoming clones of them, and as such have become more comfortable within the death metal mould, yet not limited by it exclusively. They are no longer afraid of learning from, or being associated with their parents, having reached the understanding of adulthood themselves. (more after the jump . . .) 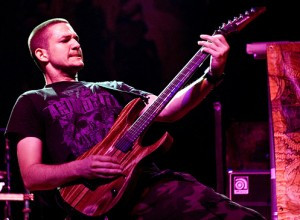 “Misery Reformatory” tears out of the gates, and my immediate thought is, “hmmm, that’s pretty Belphegor”, it’s dark, hypnotic tremolo melodies and jack-hammer riffs immediately bringing to mind the Austrian masters of malicious misanthropy. This is in no way an accusation that the song is derivative, however, merely that, in a similar way to how The Black Dahlia Murder draw deeply from the well of Dissection to fuel their own distinctive efforts, there is a line of connection here that suggests the blood of death metal is indeed thicker than the water which divides its disciples.

As such, there’s a far more “blackened” feel to the song, along with a fluid, liquid flow that once again recalls Michigan’s finest, in stylistic terms if not in pure execution. The riffs are spiky and dynamic, rough enough to please old-school aficionados yet sharpened and honed to a lethal, modern edge. The lead work is utterly stunning throughout, yet equally as impressive is the flowing and striking bass work of Brent Riggs, who accents and aids his partners in crime with mellifluous bass lines that ooze a dark malevolence. 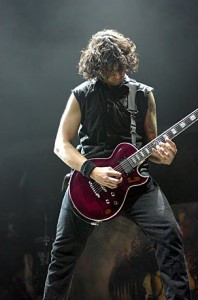 Following a blazing, blasting introduction, “Plastic Idols” sees the band focussing less on acceleration and more on maintaining a high-altitude cruising speed, allowing one to appreciate the remarkable depth and breadth of subtle nuances which the group have incorporated to bolster their deathly metallic clamour. It’s far from a slow song, it simply feels more restrained than its twisting, manically paced predecessor. The riffs are thick and grimy, clanging chord progressions bolstered by another brilliant bass performance, providing a doomy glamour to the whole occasion.

“Execution Parade” seems designed specifically for uni-directional speed and fury, technically adept riffs piling weight onto an inhumanly fast drumming performance which is almost too much to absorb in one go. Yet while maximum velocity is achieved in an amazingly short time, then maintained for as long as humanly possible, one is still able to appreciate the streamlined, perfect design of the vehicle itself. The song is an amalgamation of murderous riffs and sharp, whip-crack drumming, all superfluous and unnecessary elements having been stripped away for maximum, unfettered lethality. Several short, blistering solo section are perhaps the only concessions to melody the song makes, retaining a vicious pace right up to it’s punishing, crippling conclusive slow-down. 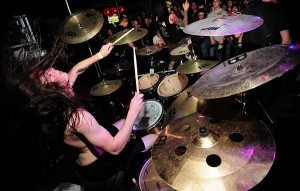 Last track “Signature Of Starving Power” opens once more with warp-speed blasting, aided and abetted in this aural assault by a prominent, bruising bass tone, before seguing seamlessly into a massive, pulverising groove that is equal parts harsh metallic power and dark, hypnotic melody. The creative and clever drumming arrangements of Jon Rice make every change and transition natural without being predictable, while maintaining an aggressive dominance over the sound, keeping all the instruments in check with an unassailable battery of perfectly placed beats and fills.

A soaring, pseudo-melodic solo is a shock to the system, adding to the sense of brutal desperation evoked by the track; its shining, occasionally off-kilter notes more infectious then they are catchy. Throughout the track the guitarists wring every last drop of blackened, blood-drenched poison from the instruments, gnarled, diseased chords ringing out behind stark, famine-ridden tremolo lines and guttural, vomitous vocals as the band build to a monstrous, unforgiving climax. 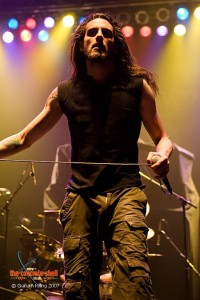 All the members of the group demonstrate remarkable growth and progression on their chosen instruments on this EP, Jonny Davy‘s vocals in particular having developed some new and interesting facets, a rougher, more bile-spewing tone that speaks of twisted vocals chords and (dare I say it?) a newly refined sense of characterisation. The guitars are at times both more chaotic and more controlled than ever before, serving the structure of the song, rather than burying it beneath mountains of notes or under-developed riff ideas; when needed, they shred and flay with a singular, rabid fury, yet are also unafraid to ease back and grind out slower, more depraved concoctions of riff-centric horror.

In this they are aided by the powerful and impressive, yet never knowingly flashy, drumming of Jon Rice who plays with muscular power and flair, delivering a forceful and bone-jarring performance throughout, whether blazing away at full-speed or hammering home the broken-down moments of crushing heaviness with creeping, dreadful intensity. Indeed, overall perhaps, the very best feature of the EP is the sense of atmosphere it conjures, a bleak and nebulous sense of gloomy foreboding enveloping a ravenous cadaver of gnawing addiction and starvation which places the band more in the company of groups like Arsis and Abysmal Dawn than many of the more popular proponents of pseudo-brutality who currently dominate.

If this is still “deathcore”, then I contend that it is “deathcore” as it always should have been – the mutant offspring of a dying death metal scene in need of new blood. Transplanting a fresh heart from the all-too willing donor of hardcore did nothing to change the body, did not change the soul, of death metal at all, but gave new strength and new energy into the walking corpse of death metal. It’s unfortunate, however, that the rejection rate remains so high, that so many are left weaker than before by inferior donor organs, and that too many of these transplants occur in order to save bodies which would be better left to rot.

[audio:https://www.nocleansinging.com/wp-content/uploads/2011/05/01-Misery-Reformatory.mp3|titles=Job For A Cowboy – Misery Reformatory]