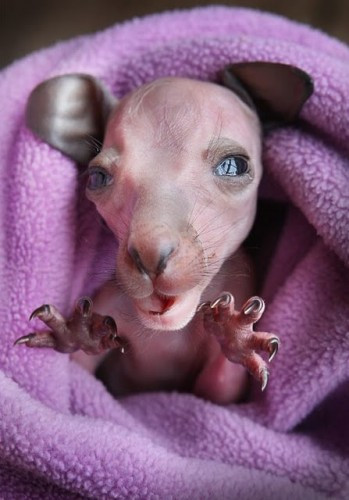 Yes, it’s time for another edition of THAT’S METAL!, in which we creep timidly outside our metallic island, risking our peace of mind through exposure to the “real world” in order to find news items, videos, or photos of things that aren’t music but still make us think, “shit, that’s metal.” Like that photo up above. That’s a creepy little fucker, don’t you think? Those paws look uncomfortably like hands, and those claws look ready to rend and tear. Do you know what that creature is? I’ll tell you after the jump, but I’ll say now that these animals don’t look nearly so metal when they grow up.

But before we get to that, take a look at this: 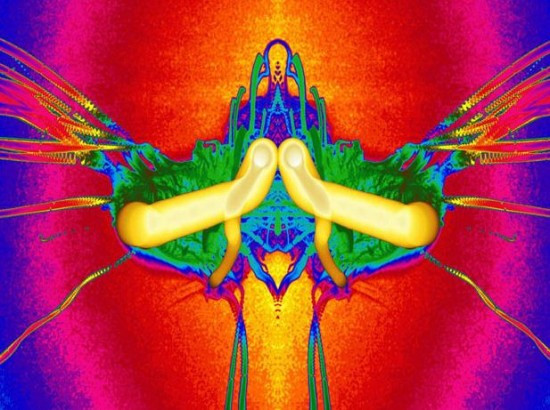 Looks like a cool new album cover, doesn’t it? Maybe for some prog or stoner metal band? We’ve devoted lots of space to album art this past week, but this isn’t an album cover. I’ll tell you what this is, too . . . after the jump.

The creepy looking creature with the claws at the top of the post is an infant kangaroo. They call them “joey’s” in Australia. This one was found by a wildlife rescuer named Lisa Milligan, abandoned and apparently lifeless by the side of a road in Melbourne, Australia. She named him Bernie.

The photo that could be an album cover is a picture made on the International Space Station. It’s a three-millimeter droplet of heptane fuel burning in microgravity and producing soot as it burns. If you want all the details, read this.

When a bright, uniform backlight is placed behind the droplet and flame and recorded by a video camera, the soot appears as a dark cloud. Image processing techniques can then quantify the soot concentration at each point in the image. On the International Space Station, the Flame Extinguishing Experiment examines the combustion of such liquid fuel droplets.This colourised grey-scale image is a composite of the individual video frames of the backlit fuel droplet. The bright yellow structure in the middle is the path of the droplet, which becomes smaller as it burns. Initial soot structures (in green) tend to form near the liquid fuel. These come together into larger and larger particles which ultimately spiral out of the flame zone in long, twisting streamers.

Sticking with photos of things that are metal, take a gander at this. Any guesses what this is? 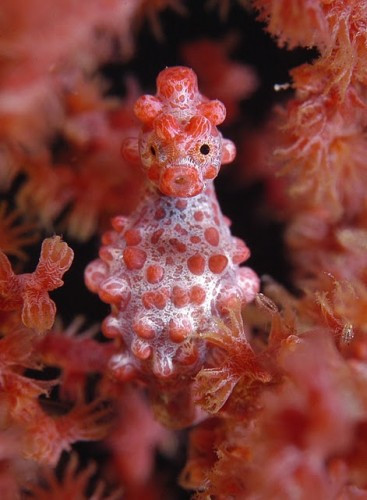 It’s a pygmy seahorse. They’re less than an inch long and they can camouflage themselves, as you can see. Pretty fucking weird when you realize this is a fish. Pretty fucking metal, too.

Okay, one more photo of something from the sea. 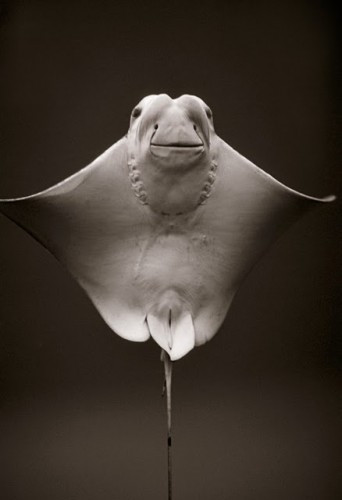 This is a creature called a cownose ray. They’re venomous, they can measure up to more than 6 feet across, and when migrating they congregate in extremely large numbers — up to 10,000 of them at a time. The correct term for a large group of cownose rays is a “fever”. A fever of rays. Here’s a photo of migrating cownose rays, moving from Mexico’s Yucatan peninsula to western Florida. 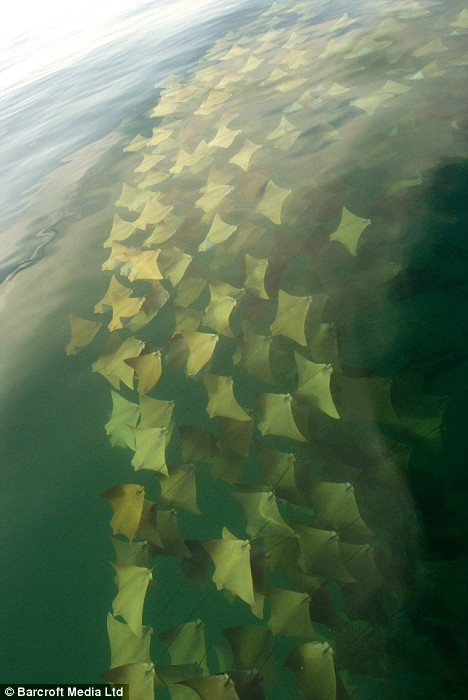 Okay, enough with the photos. Time for a video. This one shows an elaborate card trick, but it doesn’t involve any sleight of hand or skill. It’s what’s called a mathematical trick. If you follow the instructions, it will work every single time. If you want to fuck up your friends using this trick, though, you’ll need to write down the instructions as you watch it — but it’s got a hell of a payoff at the end. The only downside is that you probably won’t be able to do this if you’re wasted, unless your memory is better than mine when I’m wasted.

If you really want to understand the math that makes this trick work, go here — though when I tried to follow the explanation, my eyes glazed over. 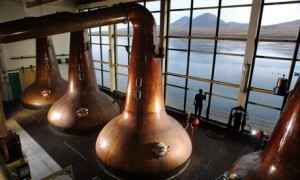 This next item is a piece of news that comes our way from Scotland. According to this report, contracts have recently been awarded for the construction of a biomass combined heat and power plant at Rothes in Speyside that will be up and running by 2013. Guess what the plant will use for fuel?

Answer: the spent grains used in distilling scotch whiskey. Tons of that stuff is generated every year by the whiskey distilleries in Speyside, and now it will be burned along with wood chips to generate enough electricity for 9,000 homes.

Waste products from 16 of the area’s 50 distilleries will be used at this power plant, including well-known brands such as Glenlivet, Chivas Regal, Macallan, and Famous Grouse. If you’re not a scotch drinker, this report may not mean shit to you. But I do like a drop of the amber bead every now and then, and so this news is pretty fucking metal to me. (Thanks to my friend Ian for this tip, and for the next item, too.)

Another photo of a thing that is most definitely metal: It’s called a Mephisto worm. Its scientific name could easily be the moniker for a rancid black-metal band, or at least the name of an album by Mayhem: Halicephalobus mephisto 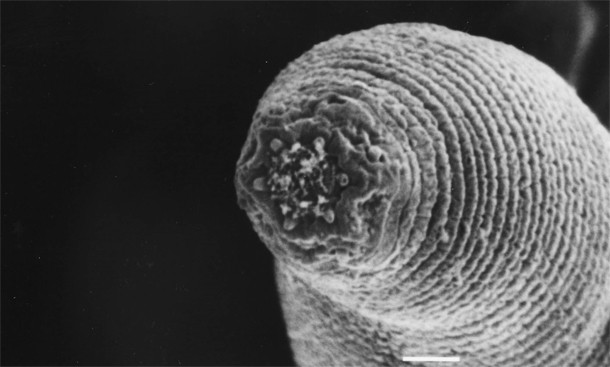 These things are tiny — barely a half millimeter long. They were discovered deep in the massive Beatrix gold mine a few hours outside of Johannesburg, South Africa. And by deep, I mean these things were found in a mine shaft approximately 1.3 kilometres deep, which makes it one of the most complex forms of life yet discovered at that kind of depth within the earth. And given the conditions in which they live, these are tough muthas, too. More details can be found here. 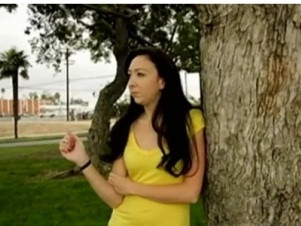 Huh. And I thought this condition only existed in teenage males. Apparently, it can be found in 36-year-old Brazilian accountants, too. I’m not sure I’d trust her number-crunching, with a condition like that. Y’know, when your work day is basically one long orgasm.

Well, that’s all I’ve got for this edition of THAT’s METAL! I figured I’d better stop now, because it would be all downhill from here. But before going, here’s a big thank-you to TYWKIWDBI, where I found the first five items for today’s post.