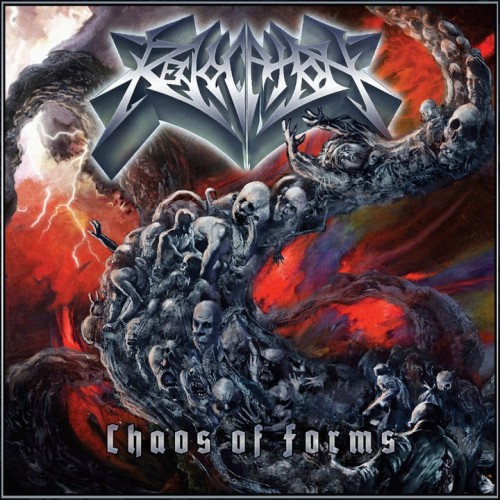 On Monday night of this week, NCS co-founder Alexis and I visited Studio Seven in Seattle. Our principal reason for going was to see Revocation again (my third time, her fourth), who were appearing in support of of the headline act, Forbidden. We really can’t get enough of these dudes — their live performance is an electrifying experience. The set just whizzed by, and we both remarked afterward how much we looked forward to the day when we could see Revocation at the top of the bill, with more time in which to turn our heads inside-out.

In addition to being tremendously talented musicians — especially guitarist extraordinaire David Davidson — Revocation have been creating music that is genuinely original. Their blend of thrash and death metal just doesn’t sound quite like anything else, and with each new release, they take more steps ahead in establishing their own unique identity. We’re tremendously excited around here for their next album, Chaos of Forms, which is scheduled for an August 12 release on Relapse Records.

On Monday night, Revocation played two new songs from the forthcoming album. One of them, “Cradle Robber”, has been streaming in full recently (here, for example). The second one I’d heard only as an excerpt in this compilation of samples assembled from iTunes. It’s called “Conjuring the Cataclysm”, and it’s my new favorite Revocation song, in part because it’s so different from the band’s usual style. I found a fan-filmed video of the band performing the song on the current tour, and you can see that after the jump.

Also after the jump is a high-quality fan video of Poland’s Vader performing a new song called “Come and See My Sacrifice” on June 12 in The Netherlands. It will appear on Vader’s next album, Welcome to the Morbid Reich, which is projected for release late this year. If you’re a Vader fan (and really, who isn’t?), then you need to see this.

First up, here’s “Conjuring the Cataclysm” by Revocation. The song is slower than Revocation’s typical output. David Davidson delivers a blizzard of tremolo chords, punctuated with an unexpected cool-jazz instrumental break, but the low end of the song shrouds it in an aura of darkness. The audio quality on this video is poor, but it gives you a flavor for what the band is doing on this song. There are few albums scheduled for release in the latter half of this year that I’m anticipating more highly than Chaos of Forms. I think it will turn a lot of heads.

In the realm of death / thrash, Vader is one of the kingpins. They entered Hertz Studio in Bialystok, Poland in March to begin recording their new album, Welcome To The Morbid Reich, and the mixing and mastering was scheduled to happen in May. The album will contain 12 songs, with working song titles such as “Lords Of Thorns”, “I Am Who Feast Upon Your Souls”, “Only Hell Knows”, “Return To The Morbid Reich” and “I Had A Dream”. It all sounds predictably evil, except that “I Had A Dream” track. Maybe that will be a broadway showtune. What do you think?

Here’s that new song “Come and See My Sacrifice”, as performed live on June 12 in Leiden (and thanks to “letthedeathmetalflow” for uploading this baby). Time to headbang:

Well, we now have the release date for Vader’s new album — August 12. It will be released by Nuclear Blast. And we’ve also now got the artwork for the album cover, which is really good! Here you go: 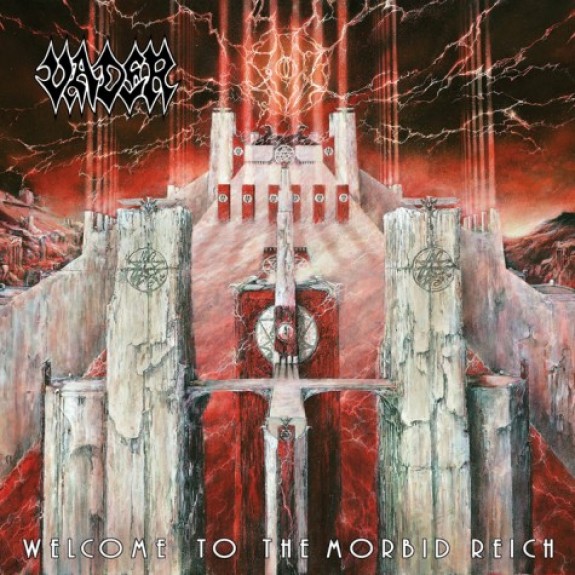