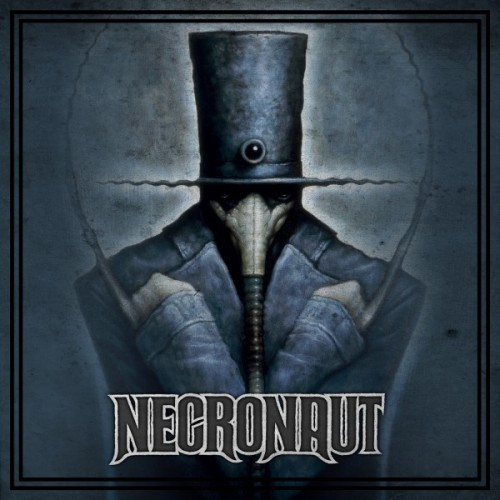 Necronaut is the all-star project of Fred Estby, the former drummer of Dismember and Carnage. He recruited an impressive line-up of guests to help create an album that was released last year. It was one of many 2010 albums that rocked my head but I never got around to reviewing for NCS. All I could manage was a short “teaser” that I wrote before disappearing on vacation last November. Hardly what the album deserved, but all my feeble self could manage.

Now check out the names of the people who collaborated with Estby on this album, and note that I’ve put an asterisk alongside some of them:

So, why did I add those asterisks?  Because those people joined Estby for a Necronaut concert at this year’s edition of the Sweden Rock Festival, which was held June 8-11, 2011 in Sölvesborg. And in addition to them, L.G. Petrov (Entombed) also performed with the band. And some decent-quality video of that show has surfaced. (more after the jump . . .)

According to Estby, this may very well turn out to be Necronaut’s only public concert ever. It’s the kind of gathering that should have been recorded professionally, and maybe it was. But at the moment, all we’ve got are some fan videos. They’re not great, but if you’re a Swedish death-metal nerd like me, you’re still going to want to see them. And because you may not be a Swedish death-metal nerd, I’m going to include the album versions of the two Necronaut songs shown in these videos, so you can at least hear how they sound in the studio.

So, here we go. First, the album version of “Rise of the Sentinel”, and then the live performance video:

Next up, the album version of “Returning To Kill the Light” and then the video:

[audio:https://www.nocleansinging.com/wp-content/uploads/2011/06/08-necronaut-returning_to_kill_the_light.mp3|titles=Necronaut-Returning to Kill the Light]

Next, here’s Necronaut’s cover of “Supposed To Rot” by Entombed, with LG Petrov on guest vocals:

And finally, here’s Necronaut, with all the guest vocalists together, peforming a cover of “Evil Dead” by Death: