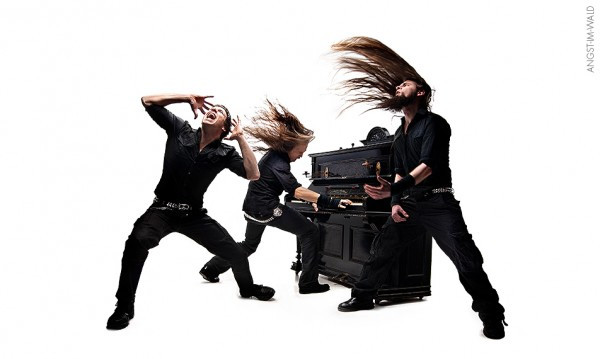 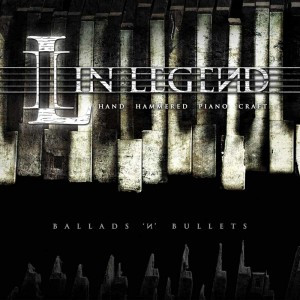 And before any piano-savvy readers jump my ass, I do realize that the piano is in fact a percussion instrument, its notes produced by hammers striking strings, which is why I’m including this band’s music in a post called “String Metal”. (more after the jump . . .)

In Legend’s vocals are 100% clean, which, as you know, isn’t something we usually bother with here, usually because it’s a signal that the music as a whole isn’t going to be quite as extreme and nasty as what we prefer. But I have to confess that despite the clean singing, the following song hooked me. Check it out:

Ballads ‘n’ Bullets is selling at iTunes and Amazon. You can hear more music and get more info about In Legend at their official site or at their Facebook page, here. 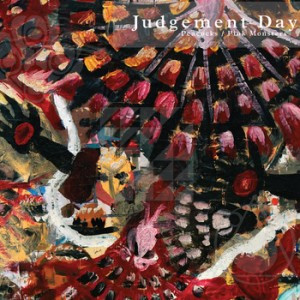 Judgement Day is yet another three-man band (from Oakland) consisting of classically trained brothers Anton Patzner (violin) and Lewis Patzner (cello) and drummer Jon Bush. As in the case of In Legend, no guitars — the violin is the lead instrument — but also no bass, with the cello providing the bass line.

They’ve toured with the likes of dredg and Torche and have a discography that to date consists of two EPs, and three albums, the most recent of which is 2011’s B-Sides. All of the band’s music is self-released and all of it can be obtained at the Judgement Day Bandcamp page (here).

The song that Quigs threw my way is called “Out of the Abyss”, and it’s the subject of a video. It’s not as metal as the first song included in this post, but I still had fun listening. Also, if you’ve ever wondered what a zombie mosh pit would be like, the video suggests how it might look:

Judgement Day’s official site is here and their Facebook is at this location. 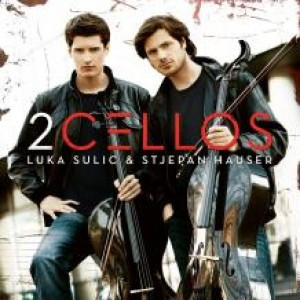 When I decided to pull this post together, of course the first band that came to mind after In Legend and Judgement Day was Apocalyptica. But everyone knows of Apocalyptica, so I decided to toss in a different cello-based band.

I remembered seeing a video several months ago for an ensemble called 2Cellos, which consists of two classically trained Croatians named Luka Šulić and Stjepan Hauser. The video was a cello cover of Michael Jackson’s “Smooth Criminal”. It turned into one of those viral events on YouTube, drawing over 3 million views in the first two weeks after being posted in January, and going on to top 5 million.

You won’t be shocked to learn that after that, the Sony Masterworks record label signed ’em up! And when you’ve got a formula that works at that level, why fuck with it? So, of course, the debut album (which is scheduled for release in July) is supposed to include covers of songs by U2, Guns N’ Roses, Nine Inch Nails, Sting, Coldplay, Nirvana, Muse, and Kings of Leon.

So why am I including them here? Well, two reasons. First, the “Smooth Criminal” video has got a pretty metal attitude and some headbanging going on, even though the original song isn’t remotely metal. And second, these dudes released a second video not long ago with a cover of Guns N’ Roses’ “Welcome to the Jungle”. Actually, I think the “Smooth Criminal” cover is more metal than the second one, though you may think I’m fucking nuts for including either one of these songs in a metal post. To which I would say, get in the damned line.

2Cellos has an official site at this location where you can order their music.