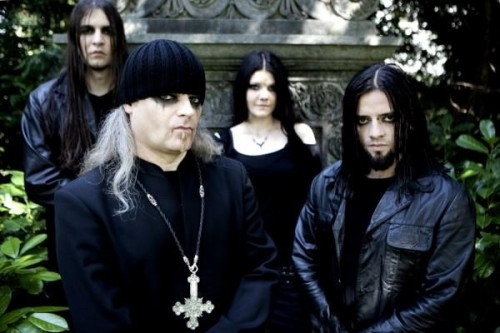 Not long ago, we confessed on this site the reason why we so rarely post negative reviews about new music. It’s not because we like everything we hear (though undoubtedly some readers think we’re too easily impressed). It’s because we’re devoted to extreme metal and we’d rather sing its praises than spend our time slagging hard-working bands whose music doesn’t happen to zap the right chords in our addled brains.

The problem is that sometimes we hit a stretch of listening where, by sheer chance, we go through several albums in a row that don’t strike those chords — and then we’re out of time. We’re under self-imposed pressure to get something new up on this site, but we just don’t have any new music we can honestly praise at that moment. So then what the fuck do we do? We post pictures of catz. Or woodpeckers.

We hit one of those stretches the last couple of days. So, what to do? We were thinking about pictures of toads (don’t breathe sighs of relief too quickly — we might still do that eventually). But this time, with apologies to all our toad lovers, we’re trying something new. Just for a change, we’ll say a few brief words about those albums we heard recently that, by random chance, just didn’t get us all hot and bothered. They’re not bad. In fact, the musicians are extremely talented, and there’s parts of them we think are pretty fucking cool. But on the whole? Not music we’re likely to listen to a second time, given our tastes.

So, after the jump, hit-and-run comments about Triptykon (pictured above), Ne Obliviscaris, and Persefone.  And just so you can form your own conclusions, we’ll give you a song to hear from each album — because this really comes down to a matter of personal preference.  (continue reading after the jump . . .) 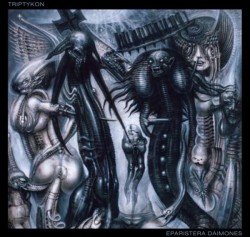 This band is the latest project from Thomas Gabriel Fisher (a/k/a Tom G. Warrior), ex-frontman/guitarist of the legendary Celtic Frost (and Hellhammer and Apollyon Sun). The debut album, Eparistera Daimones, hit the streets last week. I know I’m supposed to like this, because, well, it’s from Tom G. Warrior. But it’s just so unrelentingly bleak!

The pacing of most songs varies from mid-tempo to crawling painfully across broken glass. The sonic atmosphere is doom and gloom to the nth degree, enhanced by ghoulish occult lyrics and simple, sludgy, bone-grinding riffs. Even the interesting piano solos and clean female vocals that appear on a few songs just deepen the apocalyptic mood.

Every now and then, I want to feel like I’m floating on top of black water under a moonless night sky as dark creatures reach up from the murk and try to pull me slowly down into the depths. But not that often. And not long enough to hold that feeling for 72+ minutes, which is how long it takes to get through this album.

So, I said at the outset that every one of the albums covered in this post has got some cool stuff on it. My favorite track on Eparistera Daimones is “A Thousand Lies.” Naturally, it’s one of the most up-tempo songs on the album, a slice of evil black metal. It’s still pretty fucking bleak, but it’s got some vicious riffs in it. Check it out. 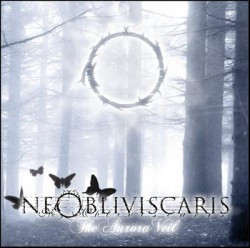 A short post a couple days ago from Vince Neilstein at Metal Sucks about Ne Obliviscaris was intriguing enough that I decided to check out the band’s music. They’re one of the few bands we’ve run across that includes a pronunciation guide on their MySpace page (“Nay Ob-li-vis-kar-is”), and the name is a Latin motto meaning “Forget Not.” Fitting, because the music is indeed difficult to forget.

Most of the band members are based in Melbourne, Australia, though guitarist Benjamin Baret appears to commute from France. They describe their music as including “a vast array of influences . . . from progressive to black, thrash, death and melodic metal, and even western art music, jazz and flamenco.” Pretty accurate description, as it turns out.

In 2007, Ne Obliviscaris produced one demo EP (The Aurora Veil) and are at work on an album that should be released this year. The EP consist of three long songs (ranging from more than 9 minutes to almost 12 minutes), and each one blends dramatically different styles together, as if in the movements of a concerto. The metal part of the music is dominantly black metal, of the sweeping orchestral variety. Interleaved with that is progressive music and lengthy instrumental interludes that feature electronically amplified violin, classically inspired acoustic guitar serenades, and sweeping electric guitar solos.

The music is quite well-played and often strikingly beautiful, and the juxtaposition of black metal heaviness with ethereal, classically-influenced instrumentals is creative and interesting. So what’s my hang-up here? Well, it’s the clean singing — and not just for the obvious reason (see the name of this site). For my tastes, the clean vocals are just overly dramatic and not strong enough to carry the weight placed on them, and I found them jarring, particularly when paired with the other vocalist’s evil shrieking/howling. It’s a minor complaint and one that you may well not share. Form your own opinion: 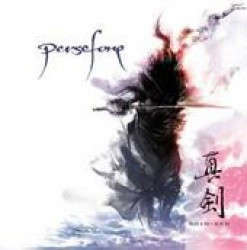 This is another band I really want to be enthusiastic about. They’re from a tiny place called Andorra, in the Pyrenees mountains between Spain and France. I can’t remember where or when I first read about them, but I’ve been meaning to check them out for a while. It so happens they have a new album out called Shin-Ken — a concept based on samurai stories. Fifteen songs and more than an hour of music.

This is fast-paced melodic death metal of the epic/symphonic variety, with heavy use of keyboards (including blazing solos), pyrotechnical guitar leads, a multitude of jump-up-and-down riffs, a sharp-as-razors rhythm section, and a spicing of progressive instrumental pauses in between the melodeath anthems named after five “books” (earth, water, air, fire, and the void). Those instrumental interludes are beautiful, piano-driven rhapsodies, strategically located to cleanse your palette for the next taste of melodeath.

The vocals jump from piercing shrieks to deep-throated growls to clean singing and back again — all integrated into the same songs.

There’s much of this I like a lot, but once is enough. There’s something about it that sounds over-produced and too-smoothly packaged, too much that verges on hard rock and too much that tries to be Opeth but doesn’t quite get there, too much that seems controlled and programmed, and for our extreme tastes, too much that’s pretty and not quite enough that punches at a visceral level. On the other hand, some of you may think this is a Top 10 album of the year. Check out a sample: