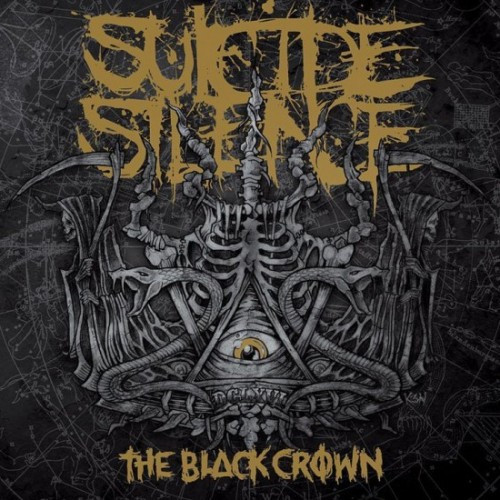 (NCS writer BadWolf has a few thoughts about the new album from Suicide Silence.)

The Black Crown is absolutely Suicide Silence’s most enjoyable record, but it appeals in no way to the group’s traditionalist detractors, which is an asset. The band has absolutely no reason to kowtow: If they make a traditional DM record—which would amount to career suicide from a commercial standpoint—the same cadre of tunnel-vision morons would continue ripping them apart for their past, their taste in Justin Bieber haircuts, their love of neck tattoos.

Haters, acknowledge the progress Mick Lurch and co have made as songwriters in four years: Their debut, The Cleansing, was an overstuffed slop-bucket of random note runs pretending to be riffs; its saving grace is a series of youtube-approved sing-along breakdown-choruses.

Fast forward. Suicide Silence is now a full-blown pop metal band. This is an improvement—pop demands the cleanliness and simplicity they lacked. The redeeming quality SS had at the start was precisely what people hate them for; of course they capitalized on their strengths and reforged the aforementioned breakdowns into choruses and easy riffs.

In other words, Suicide Silence have come out of the closet as careerists. (more after the jump . . .) 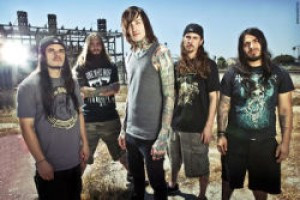 Consider how hard that must be with how many warts remain on them. Lurch aside, SS are not pleasant to look at (this is crucial when marketing to teenage girls). Lurch defaults to his high-pitched shriek, which is even more nasal than before. The end product is–here’s a word I rarely use to describe metal–sassy.

This record is ideal for working out, ghost-riding my whip past senior citizens with oxygen tanks, and little else. The content is immediate but shallow. Its attempts at seriousness and depth fall flat, even the autobiographical “OCD.” It’s difficult to take a record seriously when it preoccupies itself with anti-drug messages, only to advocate “hard living” and saying “fuck everything” minutes later.

The best pop musicians, even careerist ones, exceed the tropes of their genres (Prince 75% of the time; Lady Gaga 25% of the time), where Suicide Silence embrace them. The best pop metal bands transcend themselves and their peers–this is how The Deftones have kept their career going strong when the remainder of their breed are on life support. Suicide Silence may join such ranks in the future, but to do so they will need to do more than successfully print pink versions of their logo on Hot Topic underwear.

EDITOR’S NOTE: Century Media Records will release The Black Crown on July 12.  Stream a track from the album here (and check out Big Chocolate‘s remix of another one here):

SUICIDE SILENCE – You Only Live Once by CenturyMediaRecords