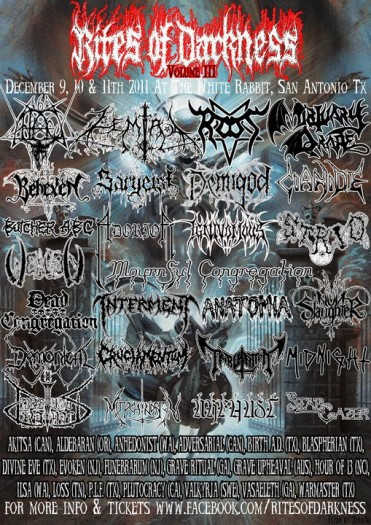 (Surgical Brute — NCS reader, commenter, and reliable source of skull-cleaving musical recommendations — returns with the second part of his preview of the Rites of Darkness 3 festival.)

Okay, after my original post, it quickly came to my attention that some of you reading No Clean Singing were probably unaware of the best festival to happen in the U.S. this year. The organizers of Rites of Darkness 3 have been quietly assembling one of the best line-ups of underground metal that I’ve ever seen. This one is going to be a marathon, with very little opportunity for rest stops.

In my last post I mentioned 5 lesser-known bands I thought people needed to check out. As we slowly get closer to the day of the festival (December 9-11th in San Antonio), I think it’s time to check out a few more bands scheduled to appear at this monster. So here are 5 bands that you absolutely cannot miss. 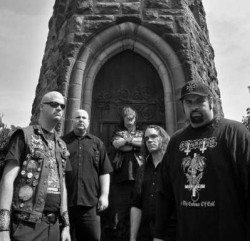 One of my personal favorites, and probably one of the heaviest bands out there right now.

These guys were playing dirty, old school death metal long before it caught on again in the underground. I got the chance to catch their live set at MDF 2011, and I can vouch for them. Only getting an incredibly short 30 minutes, this band pummeled me harder than anyone else that day. For fans of Incantation and Disma.

(There’s lots more after the jump, including Surgical Brute’s hand-picked sample tracks from each band featured in this preview, beginning with Funebrarum . . .) 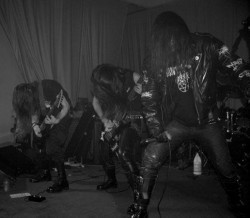 Antaeus plays black metal the way it’s supposed to be played. There are no “post” elements, no avant-garde innovation. Just raw, punishing, hateful metal pulled up from hell itself.

If you dislike the direction black metal has taken over the past few years, then you won’t be disappointed with Antaeus. For fans of Marduk and 1349. 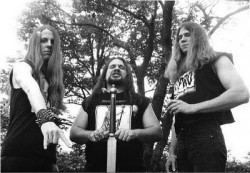 Chicago legend Cianide have been playing death metal since the early days of the genre. These guys were there near the beginning and they can still bring the heavy today.

Starting with a traditional death metal style, they’ve gone on to mix more doom elements into their sound. This is another band I can personally vouch for after watching them play at MDF 2011. This is for fans of old school death metal. 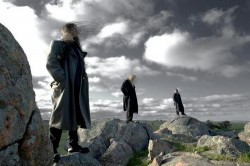 An amazing funeral doom band from Australia. Mournful Congregation play complicated, and sorrowful, music to create an atmosphere of gothic beauty without losing any of the heaviness. While funeral doom is never the easiest style of music to listen to in concert, I would highly recommend checking them out. 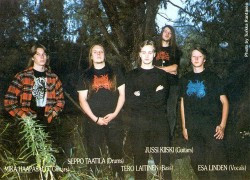 I know what most of you are thinking…who in their right mind would skip this? Sadly, the number of people who have never heard of this band is far larger than I would have ever guessed.

For those of you who don’t know, in 1992 a young Finnish band called Demigod released the album Slumber of Sullen Eyes. Through a combination of technical ability, melody, and sheer brutality, they managed to release what many consider to be the greatest death metal album ever. After some membership changes, they released two more full lengths, which were solid, but never quite recaptured the magic they had found on the first album.

Now, after nearly 20 years, the original lineup has reunited and will be performing again. People, if you miss this, just turn your metal card into the nearest security guard because we have nothing left to talk about. This is for fans of Demilich, Adramelech, and Finnish death metal.

So there you go. Among a stellar lineup, with very little filler, these are my 5 must-see choices. Tickets for Rites of Darkness 3 are on sale now, with the final 350 being released sometime in the next couple weeks. The last two batches have already sold out, so if you’re thinking about going, grab them soon.

For more about the lineup, and information on ordering tickets check out their facebook page.

15 Responses to “RITES OF DARKNESS 3: THE FIVE BANDS YOU CAN’T MISS”