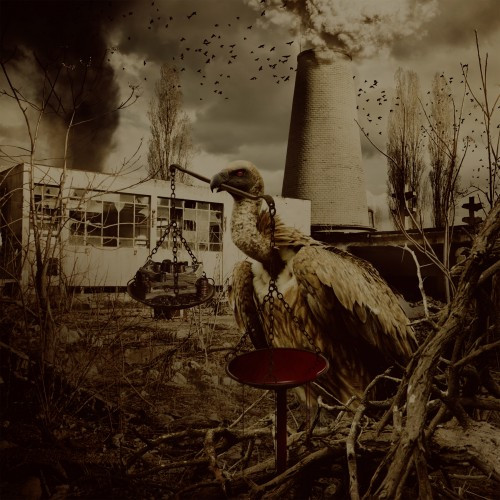 A confession – though my tastes these days run more towards black metal and melodic death metal, when I originally “found” the alternative scene it was through hardcore. Introduced by an older, wiser friend via a series of bootlegged tapes of various hardcore acts (Snapcase, Earth Crisis, Sick Of it All, Vision of Disorder, etc), it was music with a primal grasp of aggression that was totally different from anything else I’d heard. I was familiar with rock and metal, there were bands I really liked in both genres, but the passion of hardcore really hit me hard. I was hooked. And although following my induction into hardcore I got deeper into much heavier styles of metal, ending up discovering the speedy melodic attack of melodic death metal and the oblique darkness of black metal, I still retain a love for the sound and am anxiously awaiting the next V.O.D. record in particular.

But this is about Earth Crisis, once a relentless hardcore force of straight-edge aggression, who after several years in the wilderness returned to the fray with 2009’s To The Death, kicking and screaming with renewed energy and vitality which carried them all the way to the front of the hardcore pack once more.  Now Neutralize The Threat doesn’t make many massive changes from the formula that brought Earth Crisis back to prominence, but it does serve to further cement their position as an unstoppable and fundamental force in heavy music.  (more after the jump . . .) 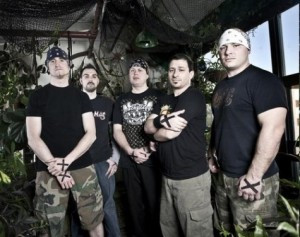 Opener “Raise” gets things off to a fine start, machine-like riffing and gravel-edged vocals that bring to mind the earlier, rawer days of Machine Head, condensed and packed into a bare-bones and brutal 1:25.

“Neutralize The Threat” only builds this energy further, electrified Slayer-esque riffage and satisfyingly brutal drumming continuing in the punishing vein of the album opener. The bass-lines are taut and rigid with tension, exploding in thunderous bursts of rumbling power that provide a deep foundation for Karl Buechner’s impassioned and raw screams of rage and frustration. The song also manages to create an escalating sense of threat and terror, which lifts it head and shoulders above other, more brainless, proponents of metallic hardcore.

“Total War” opens strongly, with a hypnotic, machine-gun riff driving the song forward. The shifting, melodic chords of the (extremely catchy) chorus add a different element to the band’s sound that recalls the blistering melodies that infected Breed The Killers, while the awkward harmonics of the bridge draw influence from the more angular sounds that permeated Slither.  Although a little repetitive at times, the song breathes a fiery passion that keeps interest levels high despite its at-times-predictable structure.

Thankfully, follow-up “Counterstrike” is a revelatory song bristling with the energy of a band half their age, packing in a crippling variety of shifting rhythm changes and vibrant riffs into its sub-3 minute running time, while even taking the opportunity to exploit a twisted wah-drenched lead to add further dynamism. Vocally, the song also revels in an excess of blood-drenched screams and bitter hardcore growls, the combination of throat-scraping vocals and vehement lyrical bile expressing a deep-seated sense of frustration and justifiable anger that transcends the aggressive posturing that so often limits the genre.

The uncomfortable and at times stumbling delivery of “By Conscience Compelled” occasionally robs the track of momentum, certain riff changes and stylistic shifts in the song’s early minutes coming across more awkward than I feel was originally intended.  Pleasingly, the latter half of the song tightens up considerably with some great guitar work playing off contrasting anti-harmonies with stuttering, down-picked riffage, although the track as a whole still comes across as less compelling than I would have ultimately liked. 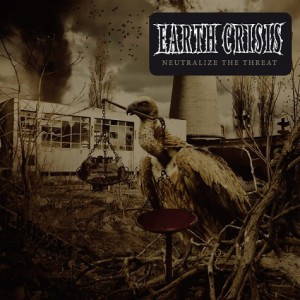 Any issues presented, however, are immediately dismissed by the one-two assault on the senses of “Black Talons Tear” and “Askrari” (Arabic for “soldier”), which maximise their output of riotous vocals and energetic, punchy riffage to great effect. The bulldozing crush of the former incorporates some surprising flashes of melody and oppressively dark atmospherics, while also toying with bass-led moments of restraint and reverb-drenched, moody guitar lines, while the steady, slow-burn of the latter brings a ruthless, predatory vibe to the proceedings. At times the track borders on death metal levels of intensity with its monstrous chords and grinding bass-lines.

Disappointingly, although “The Eradicators” possesses a nice line in galloping metallic guitar work and stark, intimidating guitar leads – lending the song an element of catchiness that it otherwise lacks – overall the song lacks any truly memorable moments of clarity or vigour, instead flailing rather ineffectively without any sense of focus.

Pleasingly, however, the album does end on a high note with the bleak strains of “Raze” providing a damning indictment of the futility of existence. Short, sharp and devastatingly focussed, the song is a remarkably exhausting work out of brutally heavy guitar beatdowns and prophetic, cataclysmic vocals. Moments of buzz-saw melody interject themselves into the hammering riffs to provide a subtle contrast which only serves to enhance the over-powering heaviness of the song.

To be brutally honest, I would say that overall Neutralize The Threat is not quite as good an album as To The Death, failing to scale the heights quite as frequently while also unfortunately (and unexpectedly) plumbing the depths of mediocrity at times. That being said, it is still a very strong record in many respects, with a raft of individual (and surprisingly varied) songs which efficiently transcend any weaknesses otherwise displayed. The best songs on the record could stand toe-to-toe with the best the band have ever produced, whilst even the worst still show signs of life amidst their otherwise flailing display of directionless sound and fury.

A thematic exploration of construction and collapse, thematically building up an edifice of primal strength and biting aggression, only to remorselessly tear it down to nothing once more, this record acts as a showcase for both the fundamental strengths and weaknesses of metallic hardcore – as demonstrated by a band who, at their best, remain an unstoppable force of righteous fury.

Recommended For Fans Of: Machine Head, Walls Of Jericho, Slayer

EDITOR’S NOTE: Earth Crisis will release Neutralize The Threat (their seventh album) in the U.S. today — July 12 — via Century Media Records. The CD was produced by Chris “Zeuss” Harris (Shadows Fall, Hatebreed). The cover artwork was created by Ryan Clark.

MetalSucks has an exclusive full-album stream going at this location, which will give you a chance to hear all of Neutralize the Threat before deciding whether to pounce on your own copy.