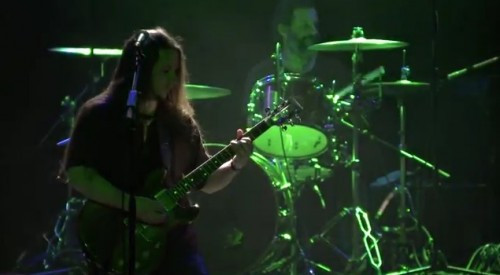 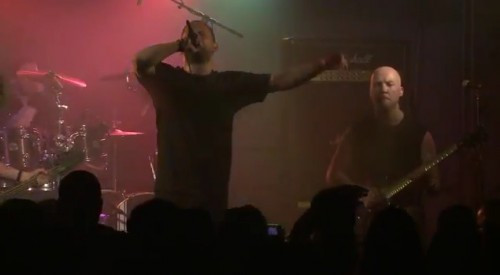 I’ve seen Oregon-based Agalloch perform live only once, but it was one of the best metal shows I’ve ever seen. I felt like the music was a living thing and it had completely swallowed me up. I was literally in a daze for a long time after the show ended at something like 1:30 am, and I hadn’t been using any intoxicants (except the music).

I’ve never seen Britain’s Anaal Nathrakh in a live show, but I hope that’s not too far off in my future. Their catastrophic, vitriolic style of black grind is another kind of all-consuming music, though quite different from Agalloch’s brand of melodic black metal.

Both bands performed at the Scion Rock Fest in Pomona, California, in March, and Scion released professionally filmed videos of the performances late last week. We’ve got a handful of them for you after the jump. Is it the next best thing to being there? No — the next best thing would be walking out of the venue having heard the whole show. But it’s pretty damned sweet.

After the jump, probably my favorite Agalloch song, “Not Unlike the Waves”, plus “Into The Painted Grey”, and then Anaal Nathrakh performing “When the Lion Devours Both Dragon and Child” and “Don Not Speak”. There’s one very weird thing about the AN videos.

Here’s the weird thing: The members of Anaal Nathrakh wear band shirts while they’re performing (what a shock!). Of course, they’re wearing the shirts of other bands (what a shock!). Scion A/V has blurred the images of those other bands in this video. Seriously? What the fuck is up with that? Is Scion afraid some other label or band will sue them for making unauthorized use of their names or images for commercial purposes? I’ve never seen anything like this before. It’s a distracting nuisance. I hope this isn’t the beginning of some spreading phenomenon.