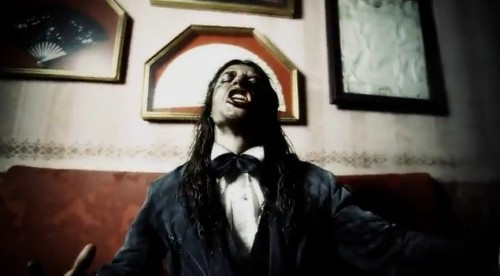 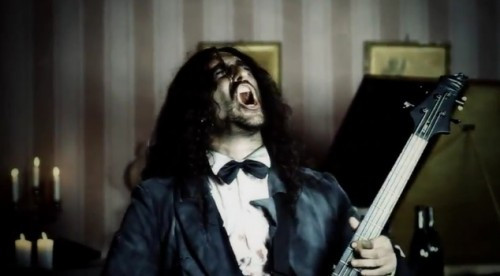 I’ve been away from my computer all day. I blame my fucking day job. I just got back, and almost the first thing I see is a press release advising that the almighty Fleshgod Apocalypse have released a video for a song from their new album called “The Violation”. It was directed by Salvatore Perrone. I wasted no time in watching it.

I feel violated now. Man, it’s a good feeling. I would like to be violated again.

The song is more overtly symphonic than anything on Mafia, the band’s last release. It includes extravagant, high-flung flights of clean singing from Paulo Rossi that are even more prominent than his contributions on Mafia. It’s also a head-exploding rush of blowtorch death metal. It’s all of that — a combination that Fleshgod Apocalypse pulls off triumphantly, and uniquely. I fucking loved it.

The video is a head-kick to watch, too. Check it out after the jump — and then be on the lookout for FA’s appearance on the SUMMER SLAUGHTER tour, which begins tomorrow.