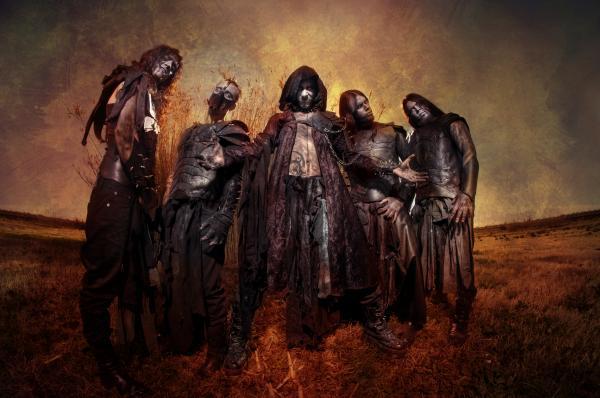 (NCS writer Andy Synn follows his review of the new album by Spain’s Noctem with an interview.)

After my recent review of the rather excellent Oblivion (HERE) by Spanish extremists Noctem, I have been emailing back and forth with the band’s guitarist (and general mastermind) Exo, garnering some background information on the group’s formation, transformation and the creative process which informed both their debut release and their latest album.

A thoroughly pleasant and clearly passionate individual, Exo passed my questions on to his dedicated partner-in-crime, lead singer Beleth, who has been with Exo since the band’s inception. After the jump you can read the responses Beleth provided to my email interrogation, offering his own distinct perspective on the group’s past, present and future . . . 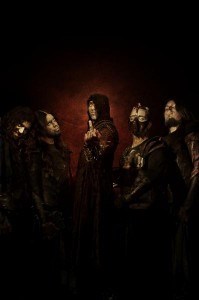 So to start, since a lot of people (myself included) won’t really have an in-depth grasp of your history, could you tell us how Noctem got started?

Beleth: We started in 2001 with another line-up. We used to include violins and keyboards and our music was a mix between Death Metal and Doom. We changed formation and members in different moments, so the music direction was changing also. Today the oldest members of the band are Exo and me.

How would you describe yourselves to people wanting a snappy description of your sound?

Beleth: In Europe metalheads say that our style is “blackened death metal”, although when we started, our influences were very different, like Children of Bodom, Black Sabbath, Venom and Cannibal Corpse.

How has your sound, and your influences, developed over time, what with the line-up changes and the shift in focus?

Beleth: Later the band took another kind of direction. Exo and I started to work more seriously and professionally with our sound and we changed the music direction in this actual way. Maybe today our influences come from more extreme sounds, bands like 1349, Blood Bath, Behemoth, Decapitated, and many more…along with other kind of influences like classical and ambient music. 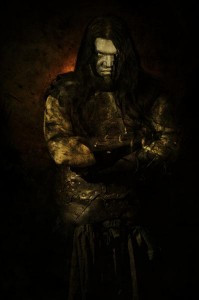 How did the line-up changes come about – you’ve had quite a few over time?

Beleth: In those moments the line-up changes were absolutely necessary. Exo and I took the decision of changing the formation, removing the keyboards and violins. The line-up we have nowadays is the best formation for the new Noctem‘s path.

How about some thoughts on your first album (2009’s Divinity)? How it was received, how you feel about it in hindsight, etc?

Beleth: Divinity was a great album that received a very good feedback and the support of the national and international press, along with metalheads in general. We developed our sound a lot and nowadays we are very proud of that record. But now is time for Oblivion, and the results are much better with this new work. We can feel the band is taking a firm direction with this new opus and we feel that we are having bigger support with every new record. 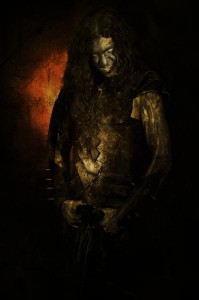 How does the new album differ, for you personally, from the first record?

Beleth: The sound changes are enormous, the sound is cleaner and more powerful than in Divinity, while the composition is darker and faster. The music and the vocals are more violent and aggressive and the lyrics are more developed. Personally, this is the best record of the band and what we always wanted to do.

Talking of the new album, what was the writing process like for it? Were there any songs that, for whatever reason, did not make the record?

Beleth: We spent enough time composing the entire album — these last two years have been a blast, presenting Divinity and touring, so we did not have so much time. We included all the songs we wrote for this album.

Was it a conscious decision to make “Cycles Of Tyranny” effectively a secret track on the end of the title, something only for the dedicated listener?

Beleth: Yes, it’s one of my favorites songs. The people turn crazy when we play this song and I do not hesitate to jump into the mosh pit and enjoy the brutality. We composed this song for the tour we did with Gorgoroth, so it has another kind of sound, this song is like a tribute. 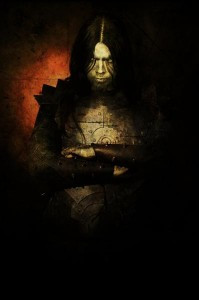 Lyrically what would you say the primary themes and focus of the record are? Going through the lyric booklet I’ve been enjoying the accompanying notes and thematic quotes that deal with various topics, such as the Spanish conquest of the Americas, along with wider cosmological philosophy.

Beleth: Oblivion deals with a lot of issues within the Mesoamerican cultures. Personally, in this album I express my total dissatisfaction with the Spanish colonization and destruction of the Mesoamerican culture. About the cosmic philosophy, I think that humanity does not understand our tiny plce in this universe. We don’t know how weak and insignificant we are. We believe that we are committing an outrage against our ecosystem and do not realise that we are committing an outrage against ourselves.

This planet is a natural reservation, the earth has recovered from six extinction cycles, and we are only one species more. When we disappear, this planet is going to continue with this vital cycle, as if we would never have been here. 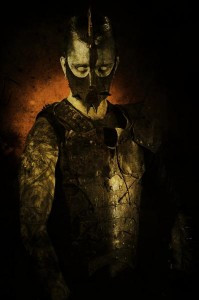 I see the record was done at Ultrasound Studios 2 in Portugal (with some work done by Enrique Monpo at Firework Studios), but what was the experience of recording and producing the record like?

Beleth: I HATE being locked in the studio. Exo was the one who was there throughout all the process. During the studio recordings we took a break two days to travel from Lisbon to Barcelona and do a show in a great extreme metal festival called “Kanya a Sant Climent”; we stayed only four hours in Barcelona and then we came back to Portugal to finish the album.

You’ve already said that this is the best and most fully realised album you’ve made, but who was the producer and what did they bring to the creation of Oblivion – was it everything you hoped for?

Beleth: Daniel Cardoso [also known for his work with – Ava Inferi, Aura Noir, Angelus Apatrida… – Andy] is a great professional and we are very satisfied with his work. He knows the kind of sound that a band needs and knows what to do to find it. 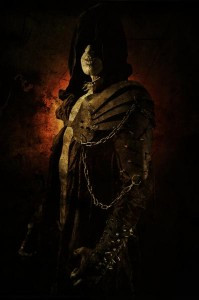 The cover for the release (designed by Marcelo Vasco) is a particularly striking image, the winged serpent impaled before what appears to be an ominous mystic gateway. How did you hook up with Marcelo?

Beleth: Marcelo worked with us on Divinity and we know his work well. It’s really difficult to know when he is available though because his amount of work is really big.

Since I assume you had serious input into what you wanted, from where did you draw the image and how did Marcelo interpret what you wanted? There are several references in the lyrics, but I wondered what made you want to focus on this particular imagery?

Beleth: We talked to him and were sharing some ideas about Oblivion. After five sketches we had the cover we needed for the album. Our main idea is the end of the Mayan culture and destruction of their empire. We thought about this and the best way was putting Q’uk’matz, the feathered snake, their deity, impaled to show the end of Maya’s cycle.

Also, who designed your logo?

Beleth: I cannot remember his name right now…this was in 2001. The last change in our logo was done by V. Sibera from Pulpapocalipsys Studios, a former member of the band. 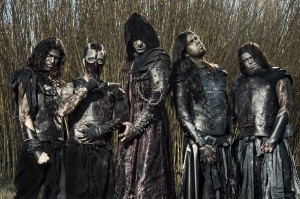 The record is out now on Rising Records, and we’re doing all we can to help promote it, but what are your plans for the future, spreading the gospel of Noctem via touring, videos, online promotion, etc?

Beleth: This summer we have some festivals and from October we are going to start promoting the album throughout Europe and South America. After summer we will spread the word of Noctem beyond our borders once again.

Also we will record a new video to present Oblivion in the best way to all the metal community. You know … We can’t stop!

Many thanks to both Exo and Beleth for their time and effort in answering my questions – there was a long list of things to get through as I really wanted some in-depth information on the band’s background to go along with all the other press for their new album. Exo’s work as a conduit for the interview was invaluable, while the impressive depth of detail Beleth provided made for a very informative back and forth. I look forward to talking to both of them more in the future.

The band have a series of dates ahead of them promoting the new album throughout Europe, touring with Vader, Krisiun, Entombed and Rotting Christ.

Both Noctem albums, Divinity and Oblivion, (along with the mini-cd God Among Slaves) are available here.

And more information, including tour dates, etc, can be found on their official website, along with all the usual online repositories.

2 Responses to “NOCTEM: “NOW IS THE TIME FOR OBLIVION…” (AN NCS INTERVIEW)”