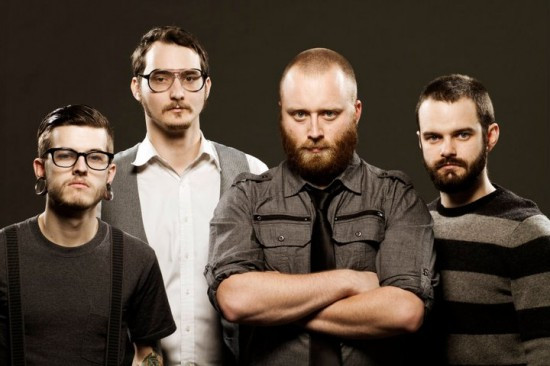 Becoming the Archetype is a band who qualify as one of our Exceptions to the Rule: We like dem even wit all dat clean singing. Andy Synn expressed our common admiration for the band’s latest album, Celestial Completion, in this review, published here in April. For Andy, the highlight of the album was a song called “Breathing Light”.

Yesterday, Noisecreep premiered BtA’s video for that very song. It’s a Metalocalypse-style animated story, with the band members appearing as themselves, except . . . uh . . . somewhat physically enhanced and clad in Viking skins. Beardo Vikings ftw! Returning from space to Planet Earth, the boys encounter all manner of vicious minions in the service of dictatorial Lord Todd (including tentacled minions — Phro, take note) and engage in all manner of to-the-death combat with them. The outcome is in doubt until the appearance of . . . well, I don’t want to spoil the ending.

David Prindle did the video, and it’s a nice change of pace from standard metallo video fare. And the song is still catchy as hemorrhagic fever. Check it out after the jump.

4 Responses to “CLIFTON SAVES THE SPACE VIKINGS FROM LORD TODD”