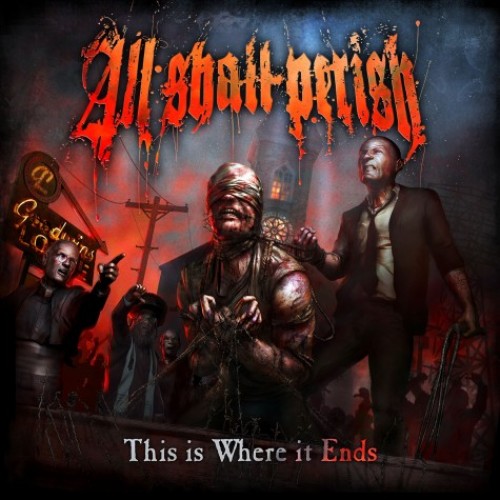 (NCS contributor Israel Flanders has found an album by a deathcore band that he actually likes — a lot.)

All Shall Perish is one of those deathcore bands everyone always tells you DON’T suck massive loads of horse shit through a straw, at least from my experience.  If I get into a conversation with someone about whether such a thing as “good” deathcore exists, this band always is mentioned.  I never really checked them out before, but for purposes of this review I actually tracked down the discography up until now and listened to it to evaluate this new album, This Is Where It Ends.  My conclusion: All Shall Perish sucked massive loads of horse shit through a straw . . . until this album.

There is a HUGE line-up change here to take into account, and that is Jason Richardson, now of Born Of Osiris, leaving and in-coming a guitarist by the name of Francesco Artusato.  He put out a solo album recently before this album, and if you are familiar with that solo album you know this dude DESTROYS UNIVERSES!  But to get back on topic . . . this album rules.

This is a whole new band.  The musical similarities between this and their last album, Awaken The Dreamers, are almost nil, if not totally absent.  There is a lot of speed here, a lot of ultimately pure melodeath moments, and a good dose of that death metal atonality, but it feels genuine here — when it comes to the death metal elements on this album, I don’t get that manufactured, half-assed deathcore feel I usually complain about.  (more after the jump . . .) 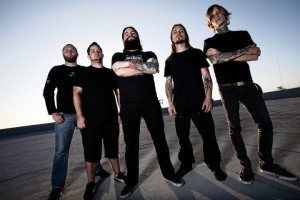 There is A TON of powerful riffing here, and yes, breakdowns that don’t bore me to tears.  The opening song “Divine Illusion” IMMEDIATELY — from second 1 to end — assaults you with fast, ferocious, 8-string riffing and has no mercy except for the chanting in the chorus of “Your God can’t save you!” over a ferocious sledgehammer of a breakdown.  Oh yeah, there is god-status shred from Francesco present.

The next song, “There Is Nothing Left”, blisters with At The Gates-styled fury combined with some excellent melodies — oh, and more god-status shred madness.  Next is what I recall being the first single off this album, “Procession Of Ashes”, which turns the dial back a bit to a more groovy deathcore feel.  This song would fail if it weren’t for Francesco Artusato’s fantastic leads throughout, but especially i the pre-chorus; that tapping lick has badass written all over it.  I also love the somber clean section that closes out the song.

“A Pure Evil” brings back the speed as well as a heavy emphasis on Francesco’s shred ability.  LOTS of interspersed sweeping and tapping sections that really mix up the song and keep it creative.  As you could guess, I’m basically saying this dude keeps this album alive (which he really does).  It’s obvious to me that he has breathed new life into this band that they desperately needed.  I should also note at this point that new drummer Adam Pierced has got the chops to deliver the brutal sonic massacre essential to back what’s going on here.  I REALLY like the sudden drop and increase again in tempo for the solo of this song. 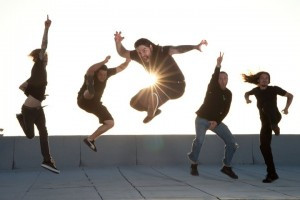 Vocalist Hernan Hermida sounds WAY better on this album than before.  He sounds precise, he sounds visceral, and he sounds pissed.  I never cared for him on the band’s previous albums, but something about him on It All Ends Here just hits home.  The music on this album is also precise and visceral, demonstrating more than anything else that All Shall Perish really wanted to go for the throat with this one.

Welp, it’s about time to close things out.  This is a good album, this is good deathcore, and this is an album worth checking out.  It is definitely this band’s pinnacle, at least for now, and it definitely represents what I want to hear from more deathcore bands.  I haven’t heard an album in the genre this legit-sounding since Carnifex‘s Hell Chose Me.

Check out these two songs from It All Ends Here.

5 Responses to “ALL SHALL PERISH: “THIS IS WHERE IT ENDS””