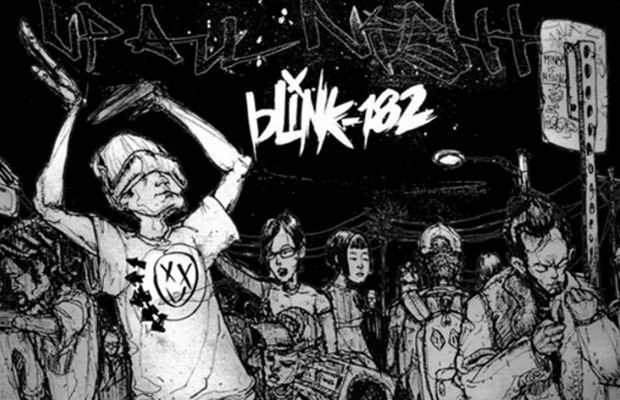 (Phro claims he lives in Japan, but I’m beginning to suspect that he’s beaming these posts in from another planet. I don’t even know why I bother with an introduction any more. If you don’t recognize this prose by now, you need to be beaten with a tentacle flail.)

Let me start this with a confession.  It’s difficult to say or even admit to myself, but like a cocaine mule with a colon full of ruptured condom coke I must admit it or I’ll never get the help I clearly need.

Alright, alright, quiet down and put that fucking garrote away.  I know you sick fuckers have your problems, too.  (Like snorting dried octopus mucus out of a crackwhore`s bloody anus.)  Granted, that’s not nearly as serious of an offense, but come on, cut a guy some slack.

Now, you’re probably wondering why in the name of swollen donkey dick I’m telling you this.  Well, in addition to wanting to get the weight off my chest, I have gotten the most ultimate of scoops.  This was something that I couldn’t tell anyone I was doing until it was done–not even I.S. Lander, the super secret spy deep in the confines of enemy territory. (He does Brittany Spears impersonations to maintain his cover.)  BUT!  Against all odds, I managed to break into the Blink 182 top secret compound and steal the master tracks for their new album.  Not only that, but I was able to kidnap one of them and use truth serum and a completely inappropriate amount of sexual blackmail to get some answers from him.  Therefore what follows is a completely accurate review of their newest album, as well as some choice commentary on the recording process. 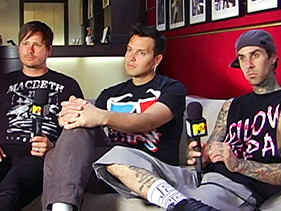 You see, Blink 182 has a secret.  A dark and dank and somewhat smelly secret.  They’re actually Satan-worshiping metal heads.

I know, right!?!? That’s like Lady Gaga repping Machine Butt or whoever she’s always on about. (Maybe it was Butt Machine?) But seriously, this is for real. Right now, you’re probably wondering what I’m smoking (it’s oregano, but damn fine oregano, so don’t step unless you wanna git cut), but I’m telling the truth!

So, Blink 182 has kept this secret for how many years, knowing that if word ever got out their blood pump thingies would get all ate and then shat out like a refried burrito or something.  (I learned everything I know about cooking from 2 girls 1 cup.)  BUT!  The time has come!!

That’s right.  Blink 182`s newest album is heavier than a lead zeppelin taking a lead shit on a lead-footed fatman’s lead-lined fatmobile.  It’s heavier than the shit Tipper Gore would take if she saw the Human Centipede as narrated by Dee Snider while he smoked crystal meth and played Grand Theft Auto. It’s heavier than Jupiter fucking Saturn while falling into an obese black hole.

But before we get into the actual album, let me back up a minute.  Probably you know that the band took a decade or so off.  They have all sorts of cute excuses about having sand in their bumholes and friends raping their dogs with Folgers cans, but it’s all lies!  The truth is much more…sinister (or awesome, depending on your perspective).  See, they knew that they couldn’t hide behind their false facade of fake fame and fortune anymore.  They knew the cracks in their smiles were showing and soon their all their fans (well, maybe some of them) would notice and then it would be heart-eating-shitsville.  So, they “took a break” and pretended to go their own separate ways.  But really…THEY WERE SPENDING THE TIME COMMUNING WITH SATAN!!!!  That’s right.  It took them ten years, but they finally sold their souls to the devil man for the heaviest-as-fuck heavy album ever.

Or so they claim.  What follows is my review of said album, as well as a slightly unnecessarily candid interview with Lozenge, or whatever his name is. 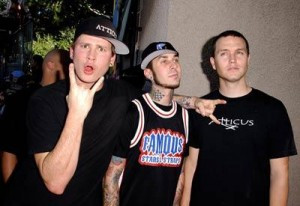 The first track opens normally enough.  We hear children playing and laughing, while pleasant merry-go-round music plays in the background.  However, where one would expect a fart joke to come in, instead the most obese bass drop ever falls down and rolls through the soundscape.  When I first hear it, I thought I must have misconnected some wires.  (I have trouble with headphone jacks.  Only one hole for two ears???  What monstrosity hath thou wrought??)  But before I could start checking, a blast beat of demonic proportions ripped through my ears, singing my hair. I felt my head start the auto-bobbing that only seasoned metalheads and desperate whores can understand.  Wait, what???  I was headbanging mightly to…a BLINK 182 ALBUM???  I slapped myself like a stoned monkey.  This did not compute.

The song blazes by so fast, it’s like they took meth and mixed it with PCP and then injected it directly into their brains with an ice pick.  You can’t really make out the lyrics, but that’s where the kidnapped guy comes in!  As I mentioned before, I think his name is Lozenge.  It was hard to tell, because he refused to have a real conversation and kept screaming at me about lawyers or something.  I couldn’t really follow him, so I injected him with that CIA truth serum that I.S. Lander distributes to all his field agents.  (If you seem to be missing yours, be sure to contact him post haste.  You never know when that’ll come in handy.)  It came in a big needle, but I’m not really very good with shots, so I just closed my eyes and poked the first chunk of flesh I could find.  When I opened my eyes, I realized I had accidentally impaled his hand.  The serum dripped uselessly on the floor.  I sighed.  (Not because of the waste, but because it reminded me so much of the party that refused to happen in my pants.)  At that point, I figured the only way I’d get a clear answer out of him was blackmail.  (Hence the photos I sent Mr. Lander of Lozenge doing rather unspeakable things with that turtle.  I feel kinda bad about it, but I didn’t think it’d pull its head ALL THE WAY back into the shell!) 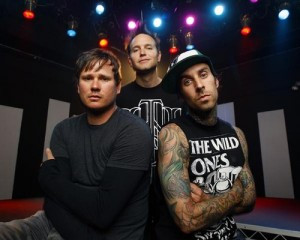 Whatever, the blackmail scheme worked, and, after he stopped crying like a little boy at Catholic school, he finally explained the lyrics to the first song.  “Oh, god!  Why are you doing this??  What madness let you loose upon this world??  Why’d you do this to me??  Where is love in this fucked up world?????”  At least I think those were the lyrics.  So, while they’ve come a long way in terms of music and vocals, they’re still sticking with the tried and true teen angst thing.  But, you know, you gotta hand it to them, it’s always hard to branch out and try new things.

The rest of the album continued in much the same fashion with pounding blast beats, throat-searing vocals, guitars that sound eerily like a lightning bolt getting raped by herd of bison and the occasional appeal to Satan.  Overall, it’s definitely heavy as fuck, but I suppose it does fall into many of the trappings of a first-year death metal band.  Fortunately, the twin-vocal approach holds up well.  I’d give it two pears out of a fruit basket of death.

Blink 182’s new album Fucking the Ass of Satan will be released this September.

EDITOR’S NOTE: The first single off of Fucking the Ass of Satan is out now and available for purchase on iTunes, or by e-mailing the ass of Satan directly. This is what it sounds like: