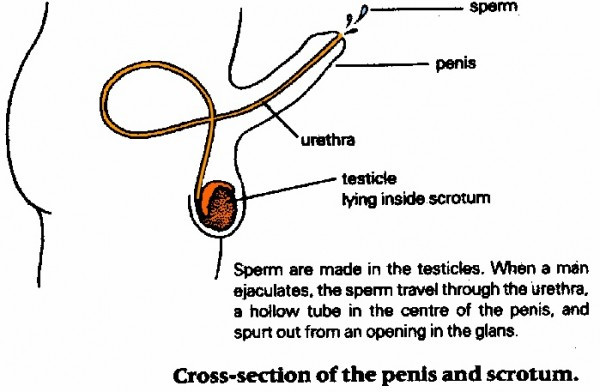 Hey, I have a dick as well as balls, and I have jizzed. However, to be brutally honest (which is the only kind of honest we know how to be at NCS), I have never experienced actual ball crushage, erection, or ejaculation from listening to music (even though, yes, we did have an NCS banner subheading recently that proclaimed, “I Think My Dixie Wrecked”). I know those kinds of references are just metaphors for pleasure, but why are they so fucking prominent in metal blogging?

I’m pretty sure most metal bloggers don’t sprinkle their daily conversations with references to their junk or how hard they cum, and I can’t imagine that most of them really get off on listening to other guys talk about their dicks. So why do those references litter so many blog posts? And am I the only one who stifles a yawn when I see them, over and over again? Is this kind of language just a crutch for people who are too lazy to come up with a more specific descriptions of music or their own reactions to it? Is it a reaction to sexual repression or involuntary abstinence? I dunno.

And what about female readers? Let’s consider that for a minute. (after the  jump . . .) 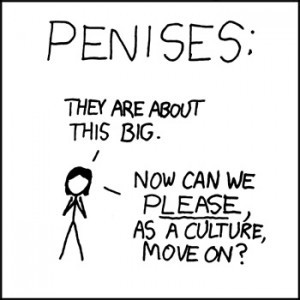 I don’t pretend to understand women. Every time I think I do, I get proven wrong. That doesn’t stop me from continuing to try, but I don’t claim any expertise. Having said that, I really do wonder what female metalheads think when they read some blogger talking about shooting a big wad of splooge over some band.

I’m sure there are some women who get all moist and flushed listening to guys talk about semen and their dicks, but I think it’s a pretty small percentage. Women enjoy sex as much as men, of course, but my sense is that most of them don’t find penises and testicles to be objects of beauty or worship, or particularly interesting topics for conversation. An erect dick is a useful tool for achieving certain . . . objectives . . . but that’s about it. For them, all the non-stop references to male genitals must really get old.

Well, I can hear some of you thinking to yourselves, “who gives a fuck what women think anyway”. To you folks, I would suggest imagining your reaction if women dominated the sphere of metal blogging and constantly wrote about how the latest release from Opeth hit their G-spot like an atom bomb, or caused them to become as wet as a sea otter.

Actually, forget the preceding paragraph. I’d actually love to read that kind of writing! I’m getting kind of tumescent just thinking about it. It’s reading about other guys’ dicks and balls all the time that makes me limp.

Is it just me? Should I wise up and start jizzing up our NCS posts with talk of how an album makes me hard enough to pound nails with my cock? Help me out here. Give a brother a hand. Job.

UPDATE: Thanks to byrd36, I now have the PERFECT musical accompaniment for this rant. Great fucken song by a band ahead of their time. LMFAO.