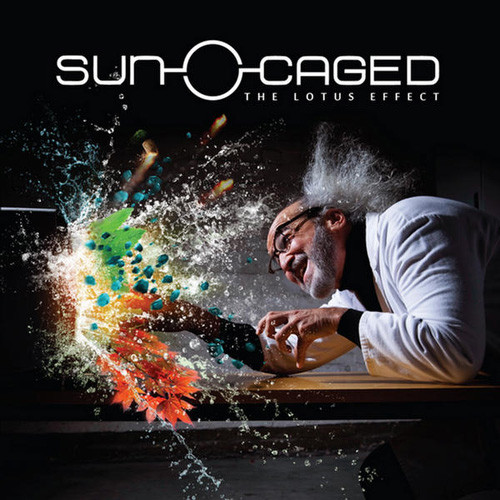 (NCS writer Israel Flanders is a reviewing machine these days. Here’s his latest, which concerns the new release by Sun Caged — The Lotus Effect.)

This album is as eccentric and beautiful as the cover.

Sun Caged is one of my favorite prog metal bands, stemming from the Dream Theater school of thought and doing it much MUCH (much) better. Hailing from the Netherlands, the band is a collection of really talented musicians, especially vocalist Paul Adrian Villarreal, guitarist/godlike shredder Marcel Coenen, and drummer Roel Van Helden. To repeat, this is one of my fav prog metal bands of all time and one that I feel is criminally overlooked. With that said, let’s get started…

Approaching a description of this album will be difficult, considering it’s such a journey. I mean, let’s look at the opener, “Seamripper (And The Blanket Statement)”. It opens with furious tremolo-oriented 8-string riffing and blast beats that would be found in a more extreme band, only to slip into a really catchy groove that sinks you into head-bobbing complacency. Almost immediately, it becomes apparent that Paul Adrian Villarreal has the most insane ear for superb vocal melodies. It’s easy to become absorbed in the passion of his voice and the seemless flow of his choice of notes over the instruments’ hypnotic groove, weaving in and out like a threaded needle through cloth. (more after the jump . . .) 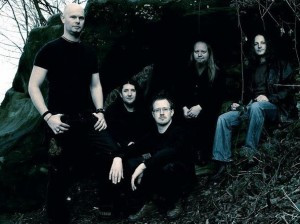 The chorus in this song is gorgeous, with piano arpeggios intertwining with the melodic pedal-point riffing. With that soulful vocal line over it, it’s just killer. After a very cool eastern-tinged bridge, some heavy chugging takes over with awesome keyboard work over it and the song then pro-  OHSHITEPICGUITARKEYBOARDDUET!

Now shit gets real as the groove established in the verse is intensified, revisiting the intro of the song with so much grace, only to flow back into the original version of the verse. The chorus replays, playing the song out as the band fades away gradually, leaving only Adrian’s vocal line echoing in near silence, with the piano surrounding his voice. The song’s conclusion has so much emotion in it.

“Tip-toe The Fault Line” immediately changes moods with an intro of polyrhythmic chugging and a piano playing notes as deep and low as an abyss itself. Some nice techy-feeling riffing happens with a synth overlay, and the song establishes an intense groove. I love the key change between the verse and the chorus — it feels like the song completely switches gears in an instant, and yet it somehow works. The keyboard solo in this song is really awesome, with some legitimately brutal, down-tuned grooving going on behind it. Marcel follows suit with shred action that rips your face off, leading into yet ANOTHER awesome guitar/keyboard duet (this is a staple of Sun Caged’s music, you see). I like how this song ends — on a fast, even thrashy note.

“Ashes To Earn” sucks you in with a captivating piano intro that somehow weaves its way into the verse, ending in a key completely alien from where the song starts. This song has a ballad feel to it, with Marcel playing muted melodic arppegios and soft synth’s surrounding some beautiful vocal work. The chorus is big and powerful, with a beautiful melody. Like it quite a bit. The solo section in this song is absolutely magnificent and really showcases Marcel’s ability to shred and still be tasteful about it. Oh yeah, more guitar/keyboard duet action. 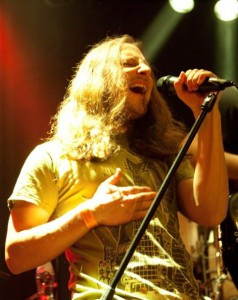 This album has so much to offer.  Look at the dark, organ-drenched intro of “Shades Of Hades” or the feeling of apprehension in the jazzy tinges of “Reductio ad Absurdum”. “On Again/Off Again” brings back the heaviness and the more involved riffage, even incorporating a SLIGHTLY djenty verse riff. Definitely one of the heavier songs, with a lot of really excellent guitar/piano layering that produces a dark vibe.

“Lotus” marks a return of balladry, while “Pareidolized” introduces a heavy, crawling chug with epic keyboards after an ambient intro that draws you right in. This is probably the most experimental song on the album — it includes some crazy melodic ideas. It includes probably my fav chorus on the album as well.

The last 6 songs on this album, “Parasol”, “Wave The Banner”, “Fish Afraid Of Drowning”, “Moebius Knot”, “Full Circle” and “Let It Wash Away (The Lotus Effect)” all appear to be parts of one long song, and it’s a beautiful one, closing out the album nicely in a way that summarizes all the taste and passion Sun Caged have brought to this recording.

Captivating is the number one word for this album. Don’t pass it up, because it’s a sad existence if you actually think Dream Theater are the kings of prog metal.

http://www.youtube.com/watch?v=Bwz7k7DjYjQ
EDITOR’S NOTE: The Lotus Effect was released on June 17 by Lion Music. Sun Caged’s Facebook page is at this location.