(Israel Flanders is back again with something like his 100th review this week. Okay, that’s an exaggeration, but he has really been cranking them out. Today, he’s singing the praises of the new album from Symphony X — Iconoclast!

I’m bringing the game up to that next-level shit, son. 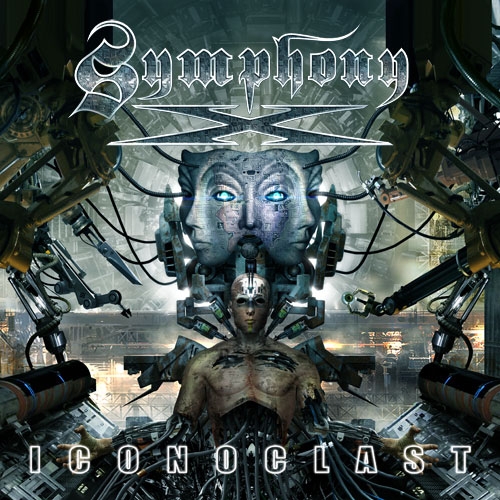 The kings of the power thrash universe (though really why wouldn’t they be? They’ve virtually pioneered their own sound), the undisputed lords and masters of melting your face with ballsy riffs, soaring vocals, and face melting shred. All in an inhumanly precise, well organized package with top-notch song writing to boot.

I was ABSOLUTELY PSYCHED for this album, and I’m glad it turned out as good as I thought it would. But there Is one small thing I wish to address here… if you can manage it, BUY THE SPECIAL TWO DISC EDITION. It is, according to the band, the “true” album, the way it was meant to be heard, and I am affirming this. The standard 9-song version just closes poorly and doesn’t feel right when it ends. Not only is the special edition 12 songs long, but the track list is completely re-arranged, further cementing that this is how they intended the album to be heard. So yeah, I’m reviewing the special edition instead of the standard today.

The opening and title track are over 10 minutes long. Yeah. A 10-minute-plus opener. What do you got for that? That’s what I wondered, and what I thought at first was, Nothing, as a cascade of odd-sounding, static-sounding ambience rushed in, and under it a piano started playing a sinister melody. You really don’t know where the song is going, but everything will be alright my child.

EPIC FUCKING, LIKE, TAPPING ACTION BRO! (more after the jump . . .) 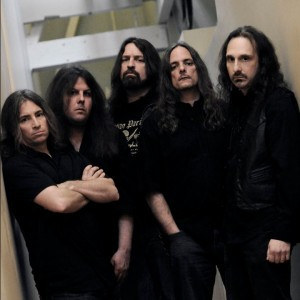 It’s at this time you should be reminded that Michael Romeo is only, like, one of the best guitar players ever. Cause if you ain’t down with Michael Romeo, youz a fag. Assaults of tasteful riffs comprised of balls of steel and only the purest metal might are assaulting you from your speakers, epic soaring choruses, high amounts of nuclear-power-infused shredding that smashes atoms and opens rifts in the sky; tight, excellently syncopated drumming that plays just the right thing at the right time; equally tight bass; and absolutely perfect synth work top off this puppy.

This song ushers you in the right way into the world of “Iconoclast”. For all you SX fans who are disappointed that this is obviously an evolution from the meatier, heavier style found on the band’s previous album Paradise Lost, I highly suggest you go back to your Stratovarius. We don’t do that hippy-ass power-metal shit here at NCS.

The album’s first two singles, “The End Of Innocence” and “Dehumanized”, are a pretty good introduction to what this album is about. “The End Of Innocence” is a faster song with a verse that has a stomp to it that’s just so overwhelmingly powerful it’ll make you want to smash things with sledgehammers. “Dehumanized” grooves like a slithering cobra and even brings in some slight odd time moments, giving it a really tasteful gravitas. The verse riff, though, has some SERIOUS ATTITUDE to it. Russell Allen also just sounds so into it on this track in regards to his vocals that you can’t help but get pulled into it.

“Bastards Of The Machine” is definitely the most power-metal track on this album next to “When All Is Lost”. The intro to this song sounds straight out of the band’s old work, and it’s really quite catchy and awesome, but let’s get something straight here: None of that shit matters because THE VERSE RIFF HAS THE MOST MASSIVE SET OF BALLS ON IT I’VE EVER HEARD. This shit gets me headbanging like a maniac and I’m probably putting my safety at risk. Seriously. 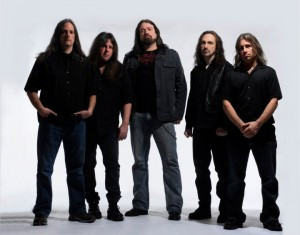 “Heretic” is where this album steps its game up, with speed and darker riffs and melodies than you’ve heard up to now, and some seriously awesome lyrics. The anger that Russell Allen puts into the lyrics here is electrifying. “Children Of A Faceless God” brings in the groove sensibilities and one kick-ass, sing-along inducing chorus. “When All Is Lost” gives you a break from the heaviness and introduces a more ballad-like feel into the mix. There are still bits of heaviness here, but they are very much more in a traditional power-metal vein. It’s a great song, and one that serves its purpose well.

But now comes the best part of the album. “Electric Messiah” starts with a fade-in of guitar that sounds deceptively average, UNTIL THE INTRO RIFF KICKS YOU IN THE FUCKING TEETH! This is probably the heaviest and best song Symphony X has ever written. The riffs are powerful, they have a biting edge to them, and the song as a whole doesn’t let up. Russell Allen’s melody over the verse is also spectacular. There is a breakdown in this song as well that makes me grit my teeth and want to break shit.

“Prometheus ( I Am Alive)” is definitely the darkest song on the album — it definitely has doom characteristics in its melodies and pacing. Even when the song later picks up the pace, there are no frilly or catchy melodies to be found. “Light Up The Night” absolutely fucks you up with a blazing fret-burner of a riff and proceeds to be a generally badass track, just a standard good SX tune. “The Lords Of Chaos” is another weighty groove number, and the closing song is the signature epic SX closing song, this time called “Reign In Madness”. Tempo changes, movement changes, it’s got all the stuff you look for in SX’s more ambitious songs for sure.

This is the best Symphony X album yet, if you ask me. The number one thing to take away is that this album manages to be balls-to-the-wall heavy the whole time without sacrificing the epic power-metal traces or good melodies.

EDITOR’S NOTE: The facebook page for Symphony X is here. Iconoclast was released in Europe on June 17 and in North America on June 21 via Nuclear Blast Records. The creator of the killer artwork for Iconoclast is Warren Flanagan. Symphony X will be on tour in Europe this fall. Here are the initial set of dates: