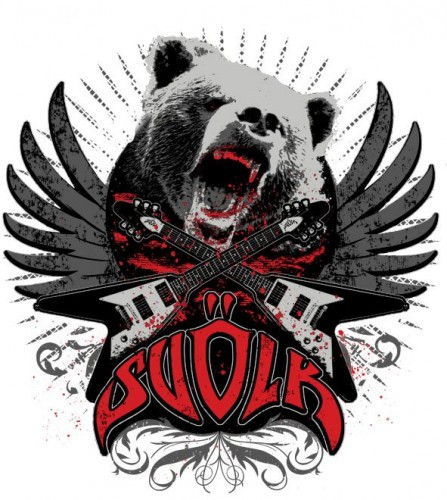 Until today, I’d never heard of Svölk. They’re from Norway. They just announced the signing of a record deal with Austria-based Napalm Records. They label their music as “bear metal” — “the perfect blend of stoner, metal, and Nordic redneck attitude.”

I didn’t know Norway had rednecks. But I was curious to see what Norwegian redneckdom might be like, not to mention discovering just exactly what “bear metal” sounds like, so I watched a brand new video of a song from Svölk called “52”. The song definitely has a dirty-south, stoner vibe, though to me it’s more of a sludgy, liquored-up, rock-with-your-cock-out tune than metal. And it’s got nuthin but clean singin’ goin’ on.

Having said that, it’s a damn catchy song with meaty riffs and a cool chorus. As for the video, I don’t understand what holds together the various scenes — it’s hard to pick out any kind of story line that makes sense. But I would guess some serious money went into its production. There are parts that are NSFW, so keep that in mind. Hang in there until the end, because it’s got a . . . bang-up . . .  finish. I still don’t know what “bear metal” is.

For more about Svölk, visit ’em on facebook HERE. Have your bear spray handy.