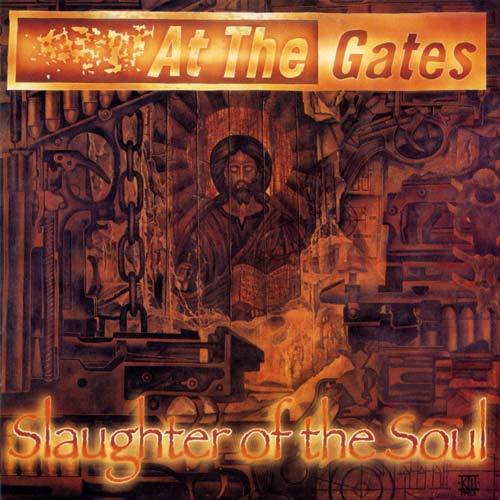 (TheMadIsraeli (the artist formerly known as Israel Flanders) steps into the WayBack machine to revisit an At the Gates classic.)

I think it’s time to take a few steps back away from the current metal scene and revisit a timeless classic in the metal landscape. I’ve decided that from here on, I’ll be doing not only current reviews, but also reviews of albums from the past I absolutely adore. Without further ado…

Anyone worth his weight in metal should know this album, this band, and the MASSIVE influence they have had on metal since the album’s release. This is, by all accounts, THE melodic death metal standard. Never did a band of the Gothenburg elite craft an album this aggressive, this vicious, all while retaining pure melodic content throughout. This is also a controversial album, of course, often slandered for its initiation of tens of thousands of At The Gates imitators. But don’t hate the masters, hate the weak imitators.

This is one of my top 10 albums of all time, ever, in metal, period. To me, this is a perfect, absolutely flawless, 10/10, 100% all-killer-no-filler, sonic assault. Those riffs, those vicious vocals, that fucking guitar tone that no one to this day seems to know how to dial in as well, the jarring tempo changes, all contained in very concise, to-the-point songs that don’t wander or play around in any way.

Slaughter Of The Soul (or “SOTS”, as we’ll refer to it from here on) is the final album from this Swedish five-piece before their unexpected decision to quit, preferring to stop while they were ahead and not risk becoming self-parodying ass-hats (*coughArchEnemycough*). A very respectable move indeed. Even to this day, even after re-forming, the band claims they shall not write a single new song for the rest of their lives. (more after the jump . . .) 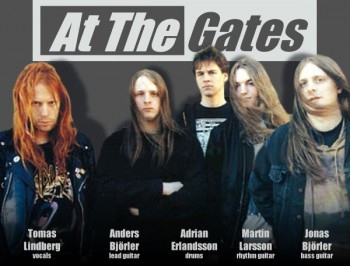 At The Gates crafted some very intelligent metal, initially playing a style of technical death metal, focused on song-writing, on their debut The Red In The Sky Is Ours, and that continued on their sophomore release, With Fear I Kiss The Burning Darkness,  which saw a slight increase in the melodic aspects.

The band would then release an EP titled Terminal Spirit Disease, which represented a VAST departure from their established sound, opting for a purely melodic, very thrash-oriented style of music. The only death metal elements left resided in frontman Tomas Lindberg’s anguished howls. The constant tempo shifts remained, but the band moved toward the creation of captivating melodies and riffs that would stick in your head more. And that brings us to SOTS.

SOTS saw the thrash elements of which the band had become so fond ratcheted way up. This is evident from track 1, legendary album-opener and fuck-your-shit-up dosage “Blinded By Fear”. Nothing this vicious had been heard this widely when the album came out. The closest thing you could get if you wanted melodeath this savage and this unrestrained was old Arch Enemy, and even then, it just didn’t compare. This song epitomized the idea of brutal melody. The riffs are dark, punishing, conveying a sense of anguish and pain n a way that NO ONE ELSE was doing at the time. Hearing it, I was absolutely floored, not ready for what could possibly come next.

The title track’s opening riffs are voiced by a single solitary guitar, and here we are introduced to the signature element of At The Gates: The waltz-thrash feel. So many bands have ripped this shit off and not done it as well, so many bands have tried to recapture the intensity of At the Gates’ execution, but it just isn’t gonna happen. I’m sorry. I fucking love the riffs in this song, they are so intricate, yet so memorably crafted — AS IS EVERY RIFF ON THIS ALBUM. 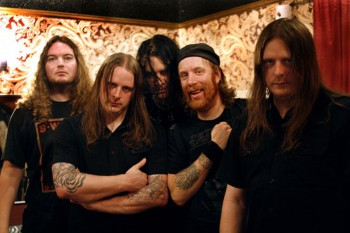 “Cold” is one of the band’s signature songs, with that dark verse riff, the waltz section before the somber clean section, followed by that absolutely wicked solo by Andy Laroque of King Diamond. It just doesn’t get any better than this folks, it really doesn’t.

“Under A Serpent Sun”, another of the band’s signature tunes, is just as awesome.  It includes one of my favorite verse riffs on this album, as well as one of my favorite song intros of all time. “Into The Dead Sky” had something in it you didn’t see many bands doing at the time — one song referencing sections from previous songs on the album. It was a very melancholic acoustic track, with an almost folky mood, that ended by reprising the clean section of “Cold”. I remember how awesome I found that to be when I figured it out.

“Suicide Nation” features a riff with that Black Sabbathian blues swagger before jumping into another thrashing assault, with that signature waltz feel. “World Of Lies”, “Unto Others”, “Nausea” and “Need” all finish off the album in the same aggressive fashion. I don’t know how anyone could listen to this and not be moved to break their neck whirlwinding to this stuff.

“The Flames Of The End” closes the album in a nice way. It’s an ambient sound that guitarist Anders had actually written for an independent horror movie that never got made. It gives the album a real sense of melancholic finality.

I was listening to this album in my car recently and was inspired to write this. I love this album to death and think it is definitely the pinnacle of melodeath in the 90’s, if not an unsurpassed mark today. I suppose most metalheads have already steeped themselves in what it has to offer, at one time or another, but it never gets old. Be reminded:

20 Responses to “REVISITING THE CLASSICS: “SLAUGHTER OF THE SOUL””