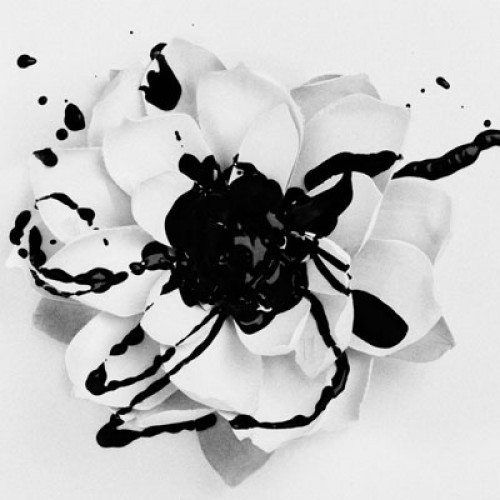 We don’t do negative criticism here very often – it’s no fun to write and doesn’t help anyone. The artists don’t read it, and you readers have probably made up your mind already. The only time negative criticism is justified, to me, is when a bad (or even just average) record is symptomatic of a greater issue.

Case in point: Eyes Set to Kill’s 2011 outing, White Lotus. Or, as I like to call it, textbook example #1 of half-assing it.

Eyes Set to Kill’s 2010 album Broken Frames (which made it to my top 10 most listenable records of the year list) was a proof to me that genre and style mean absolutely nothing next to songwriting. Yes, EStK play wussy/poseur/insert-adjective mallcore, but they do so with the songwriting skill young Bon Jovi displayed.

That songwriting skill is present on White Lotus as well–at least for part of it. The first half of the record is a stellar continuation of Broken Frames–two amazing singles, a brief interlude and two more amazing singles, each superior to the last. In fact, track 5, “Where I Want To Be,” might be the best thing they’ve ever written. My sole complaint is that the harsh vocals, now handled by new guitarist Cisko Miranda, are weak. If you’re reading this, EStK, give Derek Rydquist of The Faceless a call–he won’t steer you wrong and he’s free now.

After that things get sketchy. (more after the jump . . .) 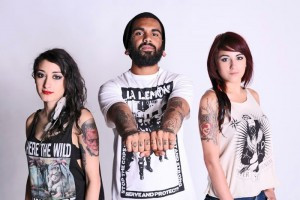 Track 6, “Erasing Everything,” is a re-worked version of their earlier song, “Pretty White Lace” from 2006. In those 5 years the song’s been vastly improved. Alexia Rodriguez has become a superior singer and guitarist–there is a savagery to “Erasing Everything” that “Pretty White Lace” lacked, and it’s a good followup to “Where I Want to Be.” after that, EStK finish the album with… three coffee-shop-style acoustic guitar songs, two of which are just Alexia covering highly popular 90’s grunge bands.

As much as I keep telling myself the band was just trying to mimic Converge’s brilliant third-act genre shift on Axe to Fall, I just can’t convince myself that it’s true. Halfway through, all semblance of mood and momentum disappears into the aperture of an acoustic guitar (a very compressed one, at that). In the interest of fairness, the covers (Hole’s “Doll Parts and Nirvana’s “Polly”) are well-chosen and executed. Anything involving Courtney Love in a positive light is daring.”Polly” is possibly my favorite Nirvana song, and doing it justice deserves my applause. Putting them together, separated by a brief original, is touching and poetic after a sophomoric fashion. Still, these covers have no place on a serious record. Half-assed!

Even the bonus track is half-assed. Broken Frames‘ bonus track, the off-color and brooding “Let Me In,” was a strong album closer and a refreshing change of pace. Compare that to White Lotus‘ bonus, a re-working of “Harsh,” on, you guessed it, an acoustic guitar.

White Lotus is quite literally half-baked. Of ten tracks, including the bonus track, only five are both new and original. Essentially this is an EP and some decent B-sides, hardly a worthy followup to its predecessor. Even for a prolific artist like Alexia Rodriguez (she released a not-metal solo record in that period), that feels like burning the candle at both ends. 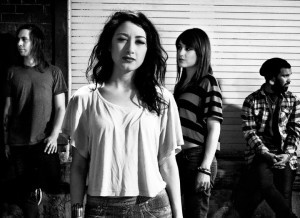 The answer seems to be on the CD’s spine. White Lotus is the first rlease on EStK’s own independant label, which they (apparently) co-own with their managment, Maphia Entertainment. I understand the urge to get a product out to promote the new label as quickly as possible, but rushing an inferior product like this through production is a mistake, and as much as I’d love to fall back on the old blog standard of blaming the label, I can’t do that here. EStK IS the label.

The only other responsible party Maphia Entertainment, is owned by Dave Aguilera, who happens to be EStK’s manager. I suppose I have him to thank for this as well–if the entire thing wasn’t his idea then, at the very least, it was his responsibility to slow the band down and ensure a great product. Protip — incest is not best when said incestuous business deal involves a founding member of Otep (ugh!) whose biggest claim to fame is managing emopop also-rans Yellowcard.

This is another example of (if my suspicions are correct) business shitting on good art.The five originals are excellent, suggesting that given another year, EStK could have come out with another pop-metal opus. At the very least, one with a sense of flow and consistency. As it stands, what we have is a rushed, flawed piece of work with some moments of sheer brilliance offset with some interesting curiosities.