This seemed as good a time as any to set out some thoughts that have been rattling around my head, but I’m doing it in the hope of getting some feedback from NCS readers — both those of you who are fans of metal and those of you who are musicians, too, to get both kinds of perspectives. Writers of other metal blogs, PR people, and even label reps sometimes stop by here, too, and those perspectives would also be useful.

So, by social media I mainly have in mind Facebook and MySpace. They serve many functions for their users, but today I’m only interested in what they have to offer metal fans and bands. As I see it, for fans, they serve three primary functions: First, they allow fans to track what the bands they like are up to (ie, news), and to interact with the bands at the same time. Second, they provide a vehicle for listening to new music. Third, they allow fans to interact with each other — and here, I’m thinking mainly about fans exchanging music recommendations and other info about bands and the scene.

For bands, social media serve goals that are connected to the functions they provide for fans: First, they give bands a way to stay connected to their fans by providing a place where they can post news items and comments and get feedback.  Second, they provide a vehicle for attracting new fans — a place where they can stream their music, provide music downloads and videos, and post basic info, such as how the band started and its history to date, who’s in the band, descriptions of the music, links to other sites related to the band, etc. Third, they provide a forum where musicians can exchange ideas among themselves and make connections with each other.

When we started this blog more than a year and a half ago, MySpace was the dominant social media presence for music. For me as a budding metal blogger, it was the one place where I knew I could go and listen to virtually any band’s music. I could read their MySpace blogs for news, and I could use MySpace messaging to communicate with them. It was like one-stop “shopping”. Back then, I didn’t pay much attention to Facebook, because it just didn’t really offer much in the way of music resources. (more after the jump . . .) 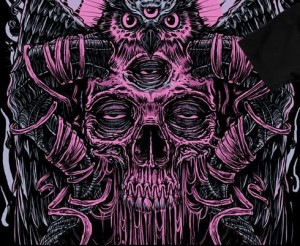 That situation has now changed radically in a relatively short time. Facebook has now replaced MySpace as the dominant social media vehicle for metal (and I guess for music of all kinds, though I really wouldn’t know). MySpace got suckier and Facebook got better. Now, I almost never bother to check MySpace for band info or music, because so many bands now don’t even bother to update their MySpace features. It’s not unusual to check a band’s MySpace page and find that they haven’t even logged in since 2010, or even longer ago than that.

We still keep an NCS page on MySpace, and I still post blog updates there, providing a link to every new post at NCS, just in case anyone still visits MySpace but not Facebook. But I’ve reached the point where I don’t read my MySpace “stream” or MySpace “notifications” from bands, or MySpace friend requests (though I can see that there are more than 60 of them sitting there that I haven’t responded to). It’s just too much fucking effort for too little return.

MySpace compelled changes in the page formatting, and they also cluttered the pages with annoying ads and flashing javascript widgets that no one wanted. Bands also felt compelled to add elaborate artwork, which in combination with all the MySpace-generated ad content (and undoubtedly MySpace’s failure to add enough server capacity) made the pages slower than shit to load. And there were other problems, too.

Meanwhile, the migration to Facebook took off, and over time Facebook added useful features such as the band pages where bands could stream music and make songs available for download. By “friending/liking” bands, you could easily see on your own homepage anything and everything they posted on their own pages. For me, it has become a very user-friendly way of keeping tabs on bands I’m interested in (as well as label news), and now THE place where I go to check out info and music about bands I’m just discovering. 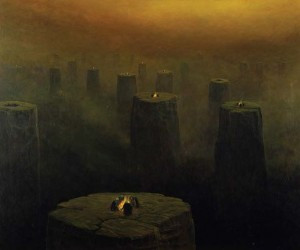 Thankfully, Facebook pages are relatively clean — not larded up with artwork or ads. The focus is the content you’re interested in, and the pages load quickly. The chat feature also provides an even more useful, real-time way for people to communicate with each other about music than posting status updates and comments.

Of course, because Facebook is a ginormous, for-profit corporation, you know there are hordes of eager young MBAs on staff, constantly thinking about how to advance themselves up the corporate ladder by figuring out new ways to squeeze more profit out of the operation — which means there is constant risk that Facebook will fuck up a good thing. just like MySpace did.

Facebook has become so important for bands that most of them seem to rabidly pursue the accumulation of Facebook “likes”, I suppose because that’s a way of showing labels and promoters the extent and growth of their fan-base.

I hear there’s a new kid on the social media block — Google Plus. I haven’t received an invitation to join the beta test, though I’ve been told how to get one. Frankly, I get a headache contemplating the possibility that it will become a thing. Lazy ass that I am, I’m happy with just visiting one place to get what I want, and to use as a platform for alerting NCS readers to new posts on our site. The thought of having to do this twice every day makes me tired.

Apart from Google Plus, I guess there are other sites besides Facebook that provide at least some of the social media functions described above — for example, ReverbNation and Last.fm. I only go to ReverbNation to grab widgets for song streams to embed here, and that’s very handy, but that’s about it. Bandcamp is an awesome platform that bands can use to provide music streams and to distribute their music digitally. I suppose the day may come when Bandcamp tries to branch out and provide music-oriented social media functions, too. 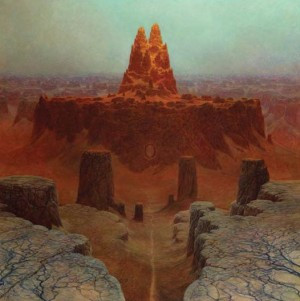 Now, I’m guessing that some of you aren’t on Facebook and could care less about it. If so, what do you use to keep up with music and bands? If you ARE on Facebook, if you’re a fan or a band member, what could they do to make it better? If you’re a musician, what else do you feel compelled to do to get your name and your music out in the world and stay in touch with fans? Do you find Facebook interactions with your fans to be rewarding or just a big fucking chore? Does anyone still think MySpace is relevant? Have any of you explored Google Plus? Does it offer anything that Facebook doesn’t? Do you think it has a future?

Those are some questions it would be great for you to think about and address in the Comments — and please leave Comments on anything else this post made you think about.

And if you just don’t feel like writing anything, we’ll continue to love you anyway. Just not as much.

P.S. The artwork accompanying this post has no connection to the subject matter. I just like metal art (or art that seems metal to me), and it’s better than putting up corporate logos for some of these sites. In descending order, the artwork in this post is by Par Olofsson,  Godmachine, Beksinski, and Beksinski again.