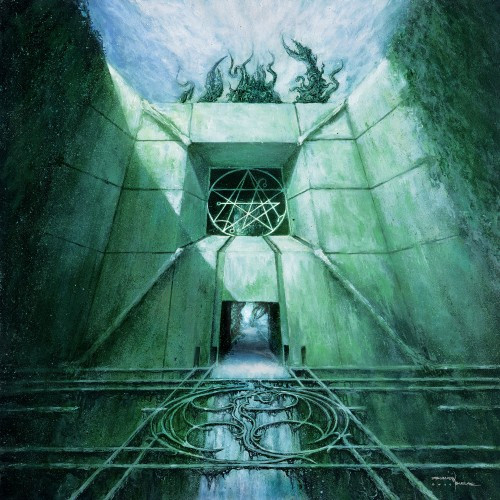 We all live in two worlds: the face-to-face world, the world of flesh and blood, populated by the people with whom we interact in person on a daily basis, and the electronically enabled world, in which we interact with people we’ve never met. In my face-to-face world, most of the people I know aren’t metalheads. The people I work with and most of my friends aren’t into metal, and don’t have any idea that I have this blog. They’d be terribly confused if they knew.

I do know people in the flesh-and-blood world who are into metal — people I see at Seattle clubs pretty regularly, a handful of musicians, and a few people I’m very close to, but in my circle of friends, they’re outnumbered by people who don’t get the attraction of metal at all. The truth is that I “know” far more people who are metalheads in the electronic world than I do in the face-to-face world, and I’ve “met” most of them through NCS.

Despite the vaunted extremes of the metal scene, I don’t even think most metalheads are any more individualistic or independent than the average person either. Because, let’s face it, human beings are social creatures. We’re herd animals. We need standards and we conform to conventions, and most of us tend to be followers instead of leaders. It just happens that our herd is smaller than the big herds that swarm around us, and our conventions seem alien to the members of those larger herds. Having said all this, however, I do think metalheads are different in certain ways, and those differences are what draw me to them. Yes, part of it is that they use the words “fuck” and “fucking” more often than most people, but there’s more. (after the jump . . .) 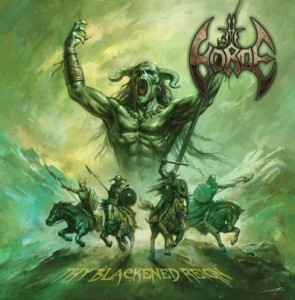 The word that’s coming to my mind, to capture that “something” that draws me to other metalheads, is “eccentricity”. I’d probably latch on to a different word tomorrow, but that’s the one I’m going with today. A standard dictionary definition of “eccentric” is this: “deviating from the recognized or customary character or practice; irregular; erratic; peculiar; odd.”

The word I nearly used was “geeky”. I don’t refer to that word in a demeaning way, because I know I’m one of the biggest geeks you could ever meet. The dictionary defines “geek” as either “an unfashionable or socially inept person” or “a person with an eccentric devotion to a particular interest.” That fits pretty well. Really, be honest about this. If you engage another metalhead in a conversation about music, or the latest album by this band or that one, it rapidly turns into an uber-geekfest. But “geeky” still isn’t quite the right word.

When I was a much younger lad, pursuing a degree in “higher education”, I lived in an apartment on top of a liquor store next to a strip club called “The Yellow Rose” and just a few miles down the road from the local chapter of a notorious biker gang called The Bandidos. I didn’t live there because it was my idea of style. It just happened that my step-father knew the guys who owned the liquor store, the apartment was empty, and he cut a deal that allowed me to live there for free.

It was a gross place in most ways, including the fact that everything in the apartment was covered in a fine white coating of pigeon dander, because a colony of pigeons lived on the liquor store roof along with me, and all that white stuff somehow migrated through the fine cracks of the windows. I’ve probably got a coating of the shit in my lungs to this day.

Not a great place to sleep either, because most nights I could hear yelling and beer bottles smashing and fights breaking out in the alleyway between me and the strip club. And, of course, the sound of Harley’s. That was my first exposure to metalheads, or at least metalheads of a certain breed, because that club played a lot of heavy metal on the PA system, and on certain nights of the week, a big chunk of the patrons were fuckin’ bikers.

I went in the Yellow Rose a time or two, for the obvious reasons. But I felt like a fawn in a den of wolves, so I didn’t make a habit of it. I didn’t think of the dudes in that place, the ones whose Harley’s were stacked in a row outside, as geeks. But I do think they were eccentric.

And in different ways, most of the metalheads I’m friends with today, both in the flesh and over the ether, are eccentric, too. They may be like most people in most ways, but the wiring in the brain is just a little bit off-center. A little irregular. A little erratic. A tad outrageous. To varying degrees, an “I don’t give a fuck” attitude. I guess if I had to sum it up, I’d just stick a big label on their foreheads that says: “NOT BORING”. And that’s the main draw for me.

Why did I go off on this subject tonight? I really don’t have a fuckin’ clue. Chalk it up to eccentricity.

Well, enough of this. Time for some music. I tried to think of a band whose music appeals to all metalheads alike, a band that everyone loves, regardless of their genre preferences within metal. I struck out. I’m not sure there is such a band, because metalheads are contrarian and devoted to their own thing, and their thing ain’t necessarily the next person’s thing. So, I just picked this band. Pretty damned influential, and one of my favorites, but I’m sure not gonna claim that all metalheads love them (though I do).

P.S. The artwork at the top of this post is the cover to the forthcoming album by Absu. It is fucking metal, IMO, and it’s pretty, too. So there. The second piece of art is from the new album by The Horde. It’s fuckin’ metal, too. And eccentric.