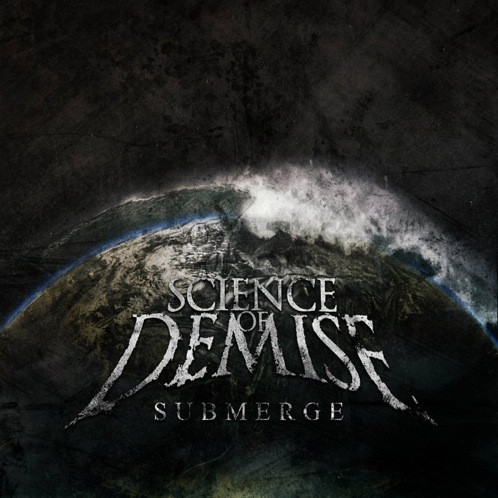 (TheMadIsraeli has another discovery for us, and another free download that we’re hosting for an impressive young band from Gothenburg, Sweden.)

100 Knives Inside drummer Nikolaj Sloth Lauszus messaged me one day and told me he had some friends of his he wanted me to check out.  USUALLY when a band member wants me to check out a band they’re friends with, the band typically sucks.  And hard.  However, Science Of Demise is a whole other case entirely.

As in a fucking awesome one.  This is Science Of Demise’s debut LP Submerge. (more after the jump . . .)

The album intro “Pious Hymn” is bound to throw you off.  It’s a woman chanting a soothing yet creepy melody in an endless loop for a minute until the pounding drums and furious riffing begin to fade into official album opener “Enthralled In Agony” until it blasts through your speakers and denies you your right to life. 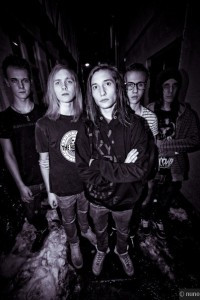 This is death metal of a high magnitude, the band obviously having done their homework and taken notes from greats such as Morbid Angel or Immolation (these two bands come to mind primarily), but the band manage to mix it with a deathcore aesthetic without bringing deathcore into it.  It’s possible what I said just makes no sense, but I don’t know how else to describe it.  This is definitely not an old school album. This is definitely a modern death metal album with technical riffing, lots of  speed/groove alternation, clean sections, and even some mathy grooving at work.  This is essentially a Morbid Angel/Immolation hybrid reformatted into a modern context very effectively, without at all feeling compromised, trite, or done before.

Science Of Demise actually used to be a deathcore band, and as I said, some of this aesthetic still shows, mostly in the grooves found on the album.  For example, a section in “Only Black at the End of the Sky” definitely calls back to a more deathcore sense of groove, but it’s heavy as fuck and enjoyably so.  It feels great to listen to because it won’t be followed by a shitty chugga wugga thunk fest meant to cater to hardcore dancers.  It just follows up with the brutality and doesn’t waste it’s time.

Songs like “Alteration Process” add cool moments of synths and “Fleshcrown Envoy” includes eerie clean sections, but the album’s first two songs will tell you almost everything you need to know.  I would say the only genuine exceptions are “Stagnant Earth: Calm/Stagnant Earth: Decay”, which are VERY melodic compared to the rest of the album.

The sense of riffing is all over the place, revisiting the old school, noting the new.  In one moment, the riffing will be in a mode of 1995, and in the next, will switch gears to 2011. In my opinion, the band’s talent lies in their ability to make these changes and combinations work seamlessly.  There are a lot of dynamics here, a lot of push/pull, and I dig that.

The production on Submerge is very organic.  Everything is so REAL sounding.  A strange statement, I know, but a rather relevant one in today’s music scene.  This is especially true of the drums, which sound nearly live and give the music an intensive tribal percussive feel.  The guitar tone is meaty and thick without sounding studio-processed out the ass.  The bass is swampy and weighty, and the vocals are varied, although (revisiting that deathcore aesthetic) they stick to the low/high style that’s become so popular in extreme metal lately.

The playing on Submerge is fantastic.  Everything is SO tight, and once again, tight while sounding real and unprocessed.  The album also includes a lot, and I mean A LOT, of awesome, blazing leads on this album that really jump out at you.  There is absolutely nothing to complain about here, not one bit.

You should go check out this album, go over to their Facebook page (http://www.facebook.com/#!/Scienceofdemise) where the full album is streaming, but keep in mind when you’re done that the band decided they’d debut this as far as availability through NCS.  As in yeah, it’s a free download, indefinite, and we got first dibs.  I think that’s pretty nifty.  These guys are next level stuff.  They deserve the recognition.

5 Responses to “SCIENCE OF DEMISE: “SUBMERGE””