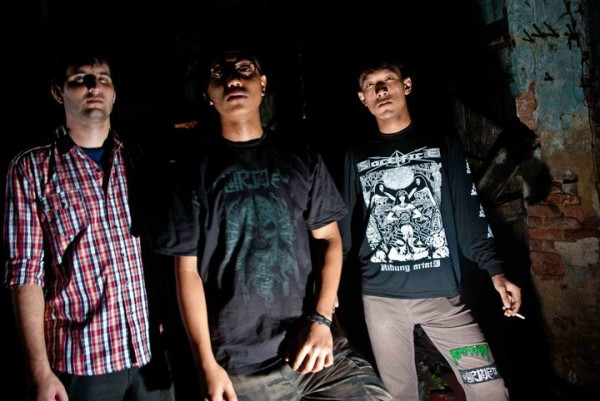 (Would you wanna run into these dudes in a dark alley? I think Phro would. Yes, we have a guest-review from the tentacle master hisself. Which means that if you have children, they need to be locked up in the next county before you read this. And if you don’t have children, well just write that off the list of your life goals. My anus feels raw just reading this.)

The red glow of the alarm clock filled my room like an over-sized cock slapping you in the face.  It wouldn’t go away, and it wouldn’t let you forget that it was there.  And it kind of made my head hurt.

I closed my eyes again and rubbed them—wait.  Why were my hands covered in warm…liquid.  Oh, god, I thought, not a-fucking-gain…what the hell happened here??

I slowly rolled onto my belly and felt something poking my hip.  It felt squishy.  I assumed that was not good.  After sighing dejectedly, I pushed myself to my feet and attempted to find the light switch.  The moment light bathed the room I vomited like a dog chewing on grass. 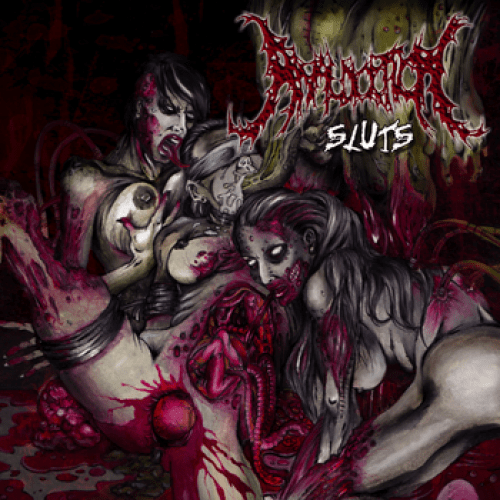 It was a suggestion search from Bandcamp, and I thought, at first, that bandcamp was just fucking with me.  (I swear, that motherfucker is watching me or something.  I’m convinced Bandcamp follows me around during the day, watching me from bus windows and jerking off into a tiny plastic bag so it can sniff it alone at night and finger its anus.  Fuck you, Bandcamp, I’m fucking on to you…)  Oh, but how wrong I was! 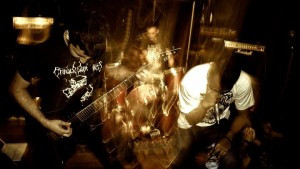 Brutal deathgrind is a real tag on Bandcamp.  And, I soon found out, ANALDICKTION is a real band on Bandcamp from Singapore.  Yah, Singapore.  Right now, you’re wondering why that sounds familiar.  And since you have to wonder and don’t fucking know immediately, you now get twenty minutes in the cock and ball torture chair.

So, here’s a band who claims to be brutally, grindy, deathy, and Singaporey.  That sounds like a recipe for awesome anal-leakage-causing music.  And one glance at their cover proved I couldn’t be wrong.  So, I paid my $5 and got me some high-bit-rate MP3s!  A few minutes later, I imported my shiny new music and pressed…

Then…THEN…then, one of the zombie-lesbian-looking shapes gurgled.  I froze.  Terror was not the thing that gripped my heart, but rather terror’s large, uglier, more toothy older brother.  My heart somehow managed to freeze in place while my blood ran every way it possibly could.

She sat up, and I was disturbed to see that a large part of my blood seemed to have pooled in my penis at the sight of her full—though somewhat rotted—breasts.  Her left eye rolled around inside of her head like a marble, but her right eye fixed itself on me.  I’ve never seen an eye smile before, but hers did.  Slowly, sexily (but disgustingly), she stood up.  Her fangs were visible through the holes in her face.  Terror’s brother was now gone—replaced with confusion.  The lips she had left were extremely sexy…but those teeth… 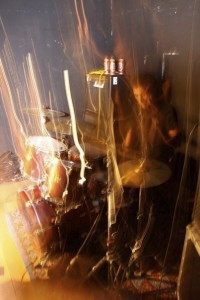 “Hey, there, buddy, can ya’ spare me a cigarette?”

“Whaaaaaaa…?” My brain was functioning significantly more slowly than usual due to improper blood flow.

“A cigarette…oh, nevermind.  Goddamn living asshole.  You’ll fuck a zombie girl, but you won’t give her a goddamn cigarette,” she mumbled under her breath.

“S…sorry, I don’t smoke,” I sputtered out dejectedly.  This must be what a fish feels like when it gets thrown back.

She grunted, and kicked one of the girls nearest to her.  This one was missing half of her face and her left forearm was nothing but bone.  She gurgled, too, but eventually went about the process of waking up.  She cast me a cute look, but didn’t bother to say anything.

Soon, the girls were all up, adjusting body parts here and hair there.  They generally ignored me, except for the first girl, who would occasionally shoot me looks of annoyance.  Finally, they were all prepared and gently packed up what looked like an octopus robot with dolphin vibrators stuck on the end of each appendage.  Once it was all packed up, it took four of the zombie lesbians to lift it and drag it out my front door.  As they quietly dragged themselves out into the cool summer night air, their bloody, cummy footprints tracked all over my apartment, I stopped the first one again.

“What the fuck just happened???”

“Didn’t you check your inbox before you pressed play?”

And with that, they were gone. 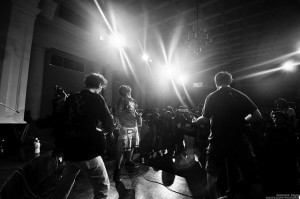 Am I willing to lose my right chin bump, just to get to listen to chaotically fast guitars downtuned so low the strings slapped Satan in the balls with each beat?  Or would I be willing to hazard a couple of toes just to headbang like a coke fiend trying to headbutt a SWAT team into submission to the rhythm of those relentless drums?

Fuck it!  You only die once…gotta make it fun…

EDITOR’S NOTE: I’m just adding this note because I think I’m due a few murmurs of thanks for not putting the Sluts album cover at the top of this post where it would be visible to every poor, misguided, underage miscreant who might stumble onto our site, thinking it might have something to do with voice lessons. At least, I put it after the jump.

Actually, I feel like a boring tight-ass piece of diarrheal dog shit for not putting the album cover above the jump. I am clearly not metal enough and need to move in with Phro. So, to make up for my weakness, I’m throwing a nasty Analdicktion song your way. My god, this shit is rockin’ my world:

Well, damn, that really wasn’t enough.  I feel defiled, and I want you to understand why. I think I want to marry this drummer. If he’ll be gentle. So here’s another song: