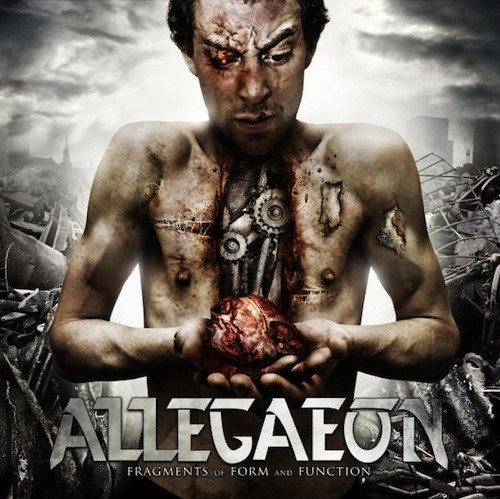 (TheMadIsraeli has cooked up a week-long series devoted to modern melodic death metal, featuring one band each day, beginning with Colorado’s Allegaeon.)

If you were alive, and in your early teens, in the 90’s, you more than likely found your entrance into metal via melodeath or melodic death metal.  Like I or Islander did, you probably heard bands like In Flames, At The Gates, or Soilwork, and were absolutely floored by the musicianship on display and the idea that something could be both melodic and a total steamroller at the same time.  This stuff was THE SHIT if you were a 90’s kid, or even an early 2000’s kid. I don’t think there is any disputing this one.

Melodeath, though, is now seen by many as the stagnant and lazy metal genre of choice.  Thousands upon thousands of poor At The Gates and In Flames imitators and the advent of melodic metalcore have given melodeath a bad rap from which, quite frankly, it still doesn’t seem to have recovered.  This is a real shame, because there have been some killer melodeath albums released, particularly in the last 5 years.

So it’s now melodeath week.  I will review a recent/modern melodeath album for every day of the week if Islander can keep up that pace of editing.  The criteria are as follows…

2: I will TRY TO AVOID well known acts, although I am pre-emptively saying The Absence is getting an exception.

So with that said, let’s get started shall we?

Allegaeon have so far only offered us this debut — Fragments Of Form And Function — and it’s very hard to believe they hail from the city of Denver, Colorado, a place known for producing some exceptional bands (Cephalic Carnage, for example), but I can’t say I recall many melodic bands coming out of Colorado, making them stick out like a sore thumb. But enough fucking around, TIME FOR THE METAL!

Smart riffing and smarter composition is what sells Allegaeon as a tight, noteworthy unit. Once this album open with the furious thrashing and blasting fury of “The Cleansing”, you know it’s on. Once that song hits its waltz section and the ensuing solo follows, you understand these guys got the ear for captivating songs.

Allegaeon offer the darker side of melodeath, so the expected influences are here — At The Gates, early Arch Enemy, and early Soilwork — all produced into a top notch package that actually sounds original, mostly in the way the band combine the elements from these influences. There is also a huge does of Bay Area thrash here, preventing the music from falling wholly into the At The Gates sphere of influence. It should also be noted that the album reveals a HUGE Nevermore influence, which is apparent not only in the “Biomech” single featured in the above video, but also in songs like “A Cosmic Question…”. 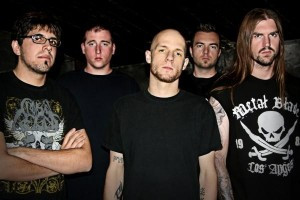 Ezra Haynes offers up vocals with a wretched black metal feel, providing a unique voice that complements the music well. Guitar duo Greg Burgess and Ryan Gilsan may prove themselves to be up-and-coming MVP’s in the future if this level of quality continues. Generating tasteful riffs, inspiring guitar interplay, and some insane dual solo’s (see the video above, again), they prove their mettle. Corey Archuleta provides solid foundation with his bass, while drummer Jordon Belfast attacks the kit with a surgical precision that isn’t heard often. While Belfast doesn’t play quite like Van Williams (now ex-drummer of Nevermore), something about his performance nevertheless does very much remind me of Williams.

You may also enjoy the more science/technology-focused bent of the lyrics; it’s pretty cool stuff. The production is extremely clean, clear, and precise feeling. It fits the music well and brings out every nuanced detail, which is a necessity if you want to fully take in and appreciate this band’s music.

I am recommending this album to you if you want to hear technical melodeath delivered with taste and character. I hope these guys keep pumping out goodness like this.