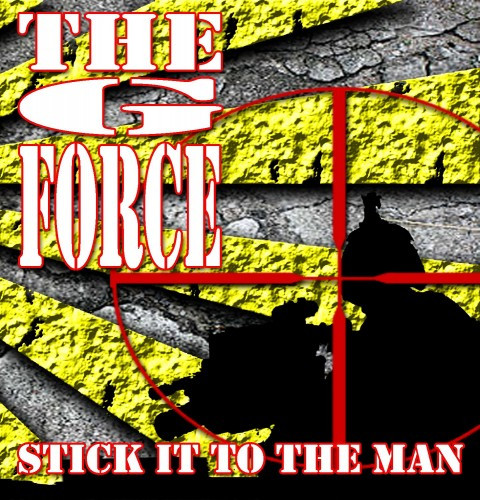 Clean State Records is a label based in Australia that focuses on independent artists. To help promote new artists and their music and to help fund CSR’s own activities, the label periodically releases compilation albums, and the latest (G Force: Stick It To the Man) became available yesterday. What attracted me to this comp was the presence of a track from Reclusive Forest Council, which is one of the many music projects of Ray Heberer, a talented young musician from Taiwan who’s a friend of this site and who we’ve featured here before.

I suppose like most comps, this one is a mixed bag, at least for my tastes. It includes some melodic metalcore, some latter-day nu-metal, and some deathcore that didn’t do much for me, but the majority of the tracks were interesting and showed an impressive array of budding talent.

At the top of the list of songs worth having is the one from Reclusive Forest Council, “Romanticized Reality”. It’s an instrumental track that’s full-to-bursting with stylistic variety — pneumatic power chords, epic keyboard ambience, guitar solos that move from soulful to shred in the blink of an eye, a jazzy Mellotron-ish outro, and more. It’s almost like a medley of the different kinds of music that Ray has been exploring, and it showcases some of what he’s capable of doing. Good stuff that stands up to repeat listening.

Running down the list of other songs on the comp that I like, the next one is from another band we’ve featured here — Kakuna Vs Metapod. The song is “Slurry Dogs”, which happens to be the one we included in our original post about the band. To crib from what I wrote about it then: “It’s got mean-as-fuck drumming, automatic-weapon-style riffing, electronica, little bursts of catchy melody, about four different vocal styles, blasts of sonic mayhem — and bass drops.” There was a big novelty factor at work when I first heard it, but the song is still tons of fun to hear. (more after the jump . . .)

Just to mention a few more songs on the comp that I enjoyed: “Frenzied Surgical Warpath” by the awesomely named Sun Dried Intestines is a jet-fueled, technical blast of brutal death-grind that got my blood pumping. “3,4,5” by Tzolkin is another instrumental track with a lot of stylistic variety and sheer infectious exuberance. I also thought the song by Annihilation called “Corruption” was interesting — part sludgy, crawling, and blackened, part soft and dreamlike, part guitar shriek-fest. All three of these bands, like most of the ones featured on this comp, are based in Australia.

Now, to give you a taste of the comp, here are the three tracks I liked best:

To stream all the songs and download the whole comp for $6.99, go to the CSR Bandcamp page here. You can also download the Reclusive Forest Council track, along with music from Ray Heberer’s other projects, at his Facebook page (here), and Sun Dried Intestines also has a collection of their songs for free download at their Facebook page.